55 minutes (at a calm pace, taking into account public transport trips from the metro to the metro)

“To the Islands, to the Islands!” Every summer, residents of old Petersburg massively rushed to the dachas, mostly located on the islands of the Neva Delta. Each island had its own special flavor, its own, as they would say today, target audience.

Remember the “White Nights” of Dostoevsky, whose hero “could accurately, in one look, indicate which one lives in the country. The inhabitants of the Kamenny and Aptekarsky islands or the Peterhof road were distinguished by their learned grace of receptions, dandy summer costumes and beautiful crews in which they arrived in the city ... the visitor to Krestovsky Island was unperturbingly cheerful. ”

Our route is dedicated to Stone Island, where the wealthy and noble “summer residents” traditionally lived: aristocrats, scientists, entrepreneurs, secular ladies, members of the royal family and even the Emperor himself. 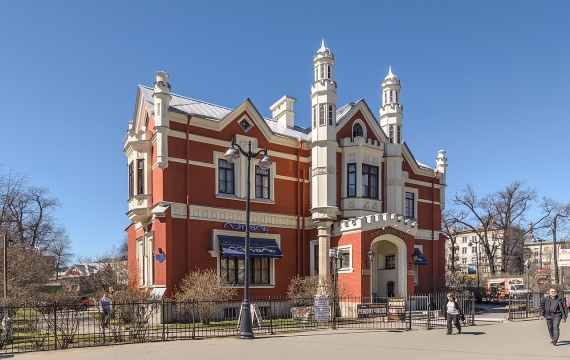 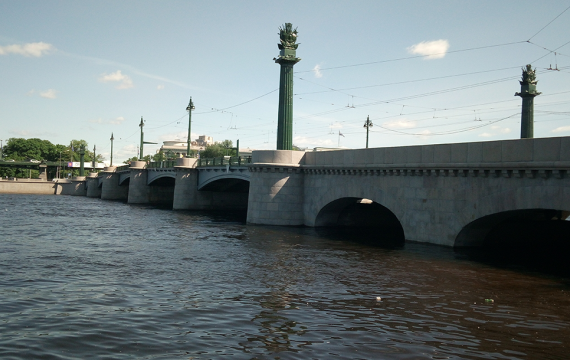 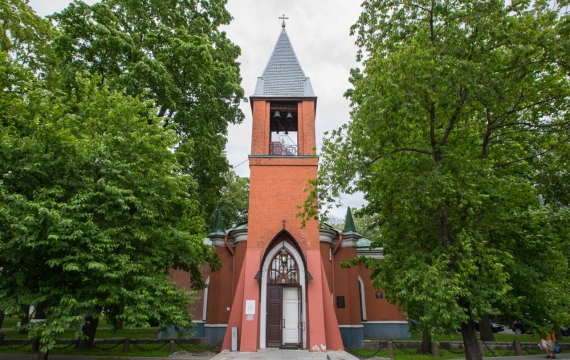 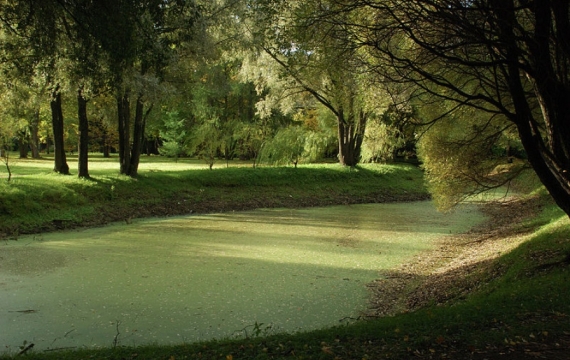 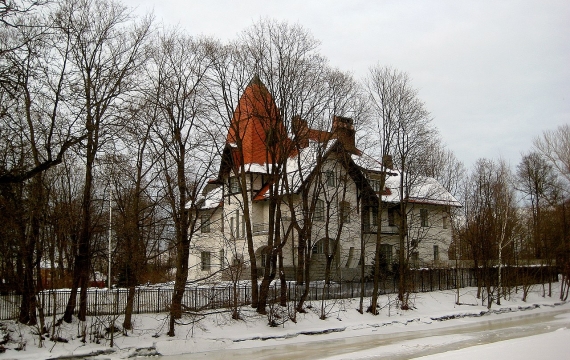 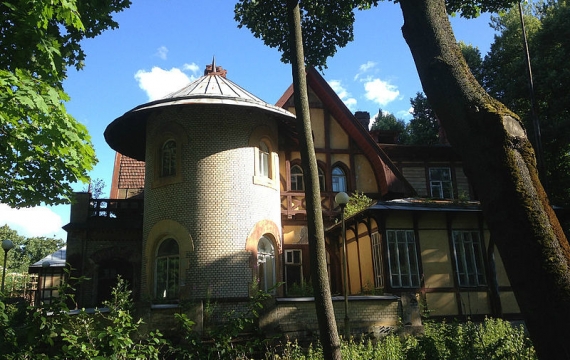 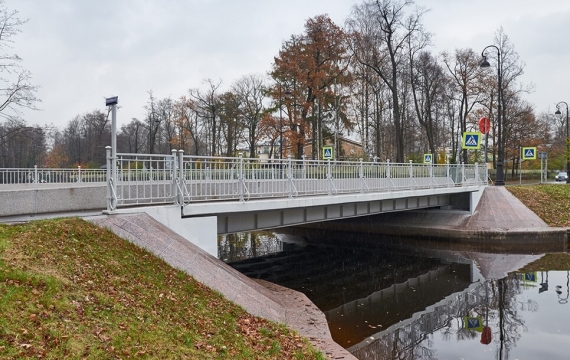 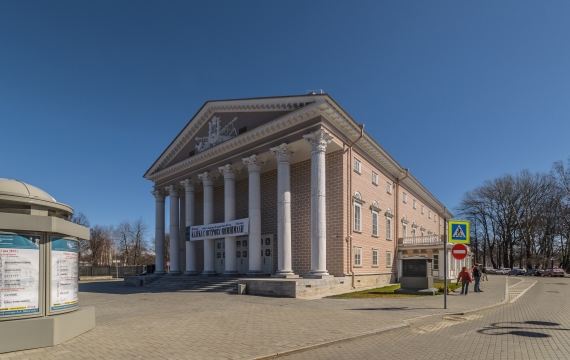 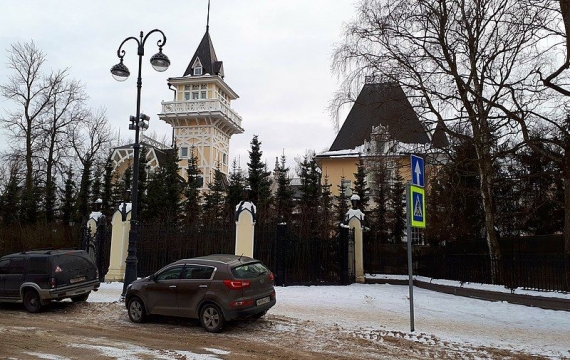 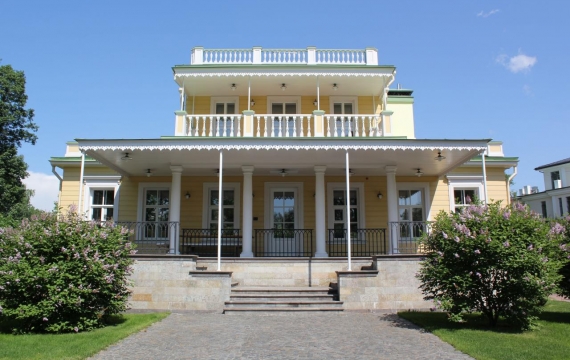 Own His Imperial Majesty's Cottage 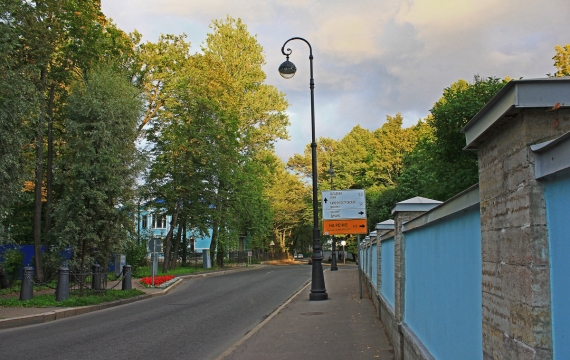 Oak of Peter I 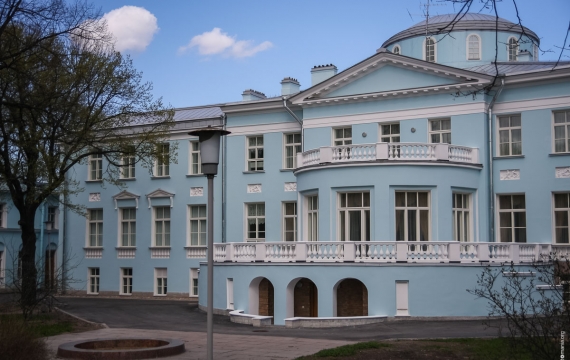 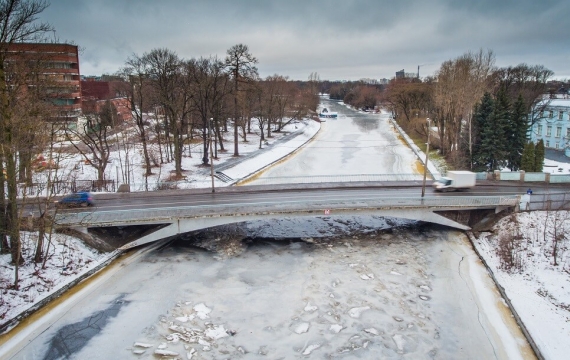 The route begins at the metro station "Black River", where you immediately pay attention to a two-story mansion in a false Gothic style. This is the cottage of the daughters of Count Stroganov - Aglaida Golitsyna and Elizaveta Saltykova, one of the few surviving examples of suburban buildings of the mid-19th century and the only thing left from the ensemble of the Stroganov cottage.

In good weather, you can walk through the Stroganov Park and Ushakov bridge, and if the weather is not favorable, you can drive up one bus stop. And here you are on Stone Island. On the left you will see a temple resembling a Protestant church, but this is the Orthodox Church of the Nativity of John the Baptist. Once in it, Kutuzov asked God for help in commanding the Russian army, Alexander I received news of the outcome of the Battle of Borodino, and Pushkin baptized three of his children.

Turn from Kamennoostrovsky Avenue to the Quiet Rest park, take a walk along its alleys, and along the 2nd Birch Alley, go to the Grand Canal. On its banks there are two magnificent mansions in the early Art Nouveau style, reminiscent of fabulous palaces in miniature: right in front of you is the Gauswald cottage, and on the other side is the Fallenweider mansion.

Fans of the Soviet series "The Adventures of Sherlock Holmes and Dr. Watson" - Do you recognize the house of Irene Adler? It was filmed at the cottage Gauswald. And movie fans remember the Fallenweider mansion from the films “The Adventures of Prince Florizel” and “Mr. Designer.”

Cross the canal over the 14th Kamennoostrovsky bridge, and on the Old Theater Square you will see a unique wooden theater of the Classicism era - Kamennoostrovsky, built in the middle of the 19th century. Today this is the second stage of the Bolshoi Theater named after G.A. Tovstonogov. Next to the theater is another "fairy-tale palace", the mansion of Countess Maria Kleinmichel. Once upon a time, the famous costume balls were held here, where the whole high-society of Petersburg was going to.

Turn south on Krestovka embankment, cross the canal again, and on the left side, behind the fence, you will soon see a yellow wooden structure - this is His Imperial Majesty's Own cottage on Kamenny Island. Since 1820, it was rented by the Grand Duke Mikhail Pavlovich, and in the second half of the 1820s, Tsar Nikolai I became its owner. Now the restored building belongs to a commercial structure.

But a thin oak tree surrounded by a metal fence is one of the most unusual monuments in St. Petersburg, the third version of the legendary "Petrovsky Oak". It is believed that in this place an oak planted by Peter I himself in 1715 grew. In the 1980s, it was cut down, in 2003 they planted a new one, soon they sawed it again and again planted a new one.

At the turn from Krestovka embankment onto the Malo-Krestovsky bridge, behind the blue fence, stands the Blue Cottage, built in 1913-1914 for the wife of the state adviser Wurgaft. Both in the Soviet years, and now it is occupied by a government residence.

Cross the bridge with a magnificent view of Malaya Nevka and Pesochnaya embankment. Here, on Dynamo Avenue, the route ends - you just have to walk to the bus stop and go to the nearest metro station (in good weather, you can walk to Krestovsky Ostrov metro station in 20 minutes).

And if you have the desire, time and enough money, you can turn onto Olga's street and end your journey in the pretty, but quite expensive restaurant “On the River” overlooking the banks of Krestovka.