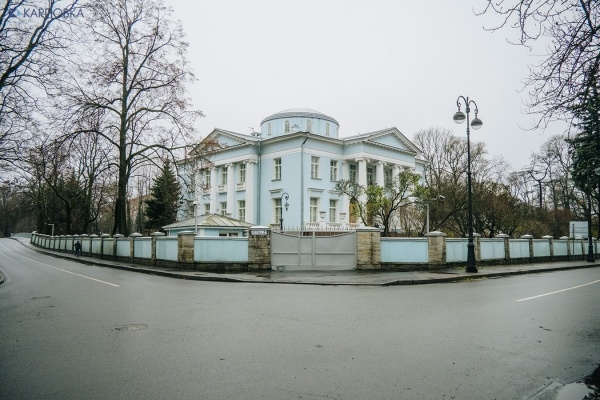 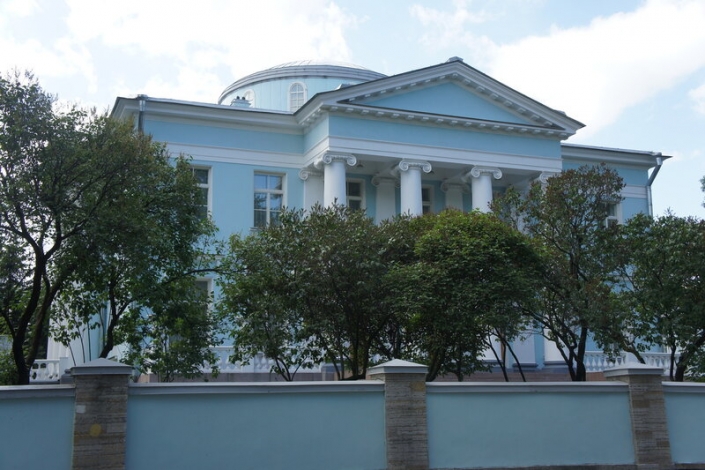 The cottage of the wife of the state adviser Wurgaft on the banks of the Krestovka River was built according to the project of architect M.M. Sinever in the years 1913-1914.

The two-story building, completed with a dome, is located on a high tiled terrace, the main facade is decorated with a four-column portico with a triangular pediment and traditional stucco molding on a blue background. In the summer of 1916, the interior of the mansion was painted by the artist P. Maksimovich. On the pylons of the central oval hall, he depicted dancing female figures: Evening, Morning, Day and Night.

In the pre-revolutionary years, the cottage was rented by the banker Dmitry Rubinstein. He arranged New Year events for Kamennoostrovsky children, dancing evenings with gifts and refreshments.