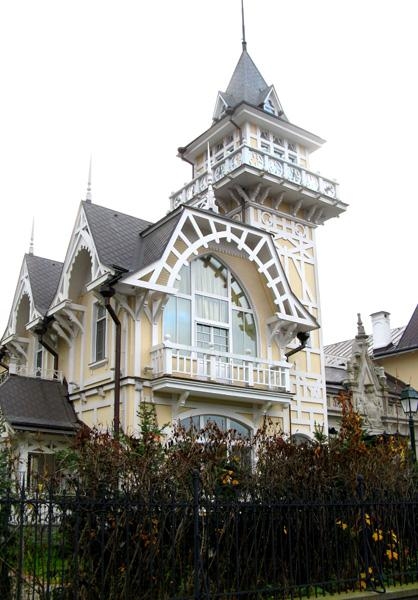 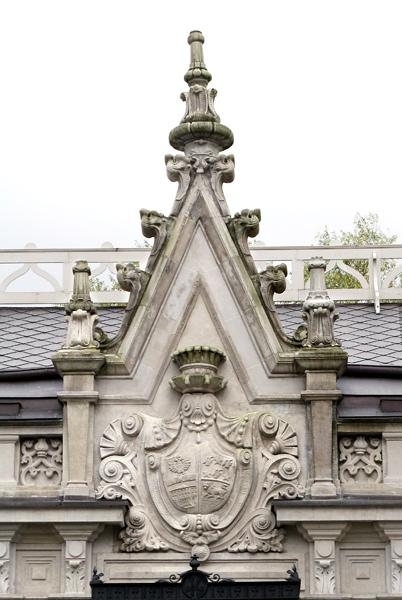 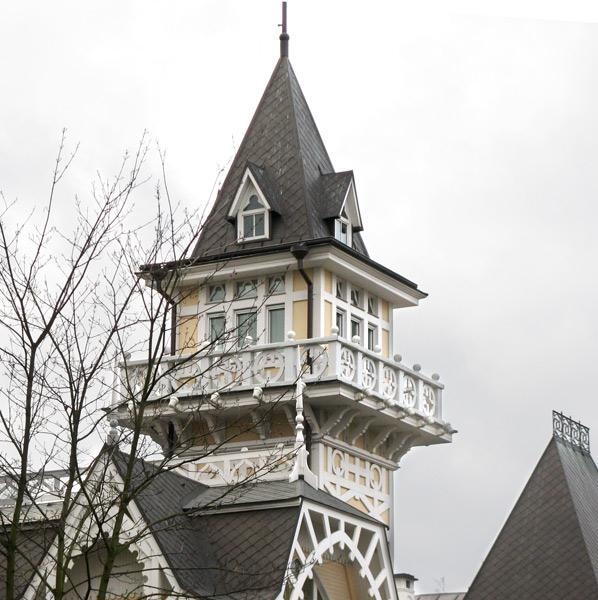 In the place where this house now stands, in 1834 a mansion was built by architect A.I. Stackenschneider for the French actor Zhenes. In 1874, the house burnt down, soon the new owner of the plot was the wife of the master of silver affairs N.A. Verkhovtseva On the surviving foundation, a wooden two-story villa was built, which in 1893 was rented by the Countess Maria Eduardovna Kleinmichel.

Countess Kleinmichel was a famous grand-dame of the late XIX-early XX century, in her mansion the famous costume balls and salons were held, where all the high-society Petersburg gathered.

During its existence, the house was rebuilt more than once under the guidance of various architects. Many people compare it with a fairy-tale castle - the roof is completed with a high spire, the turret is on the side, and decorate pinnacles above the front entrance - decorative turrets in the form of spears. The mansion is surrounded by a monumental grille with vegetative ornamentation and salamanders, the gates in the Neo-Gothic style lead to the house.

The interior of the mansion has not been preserved, but they are known due to a series of photographs of Karl Bulla. The walls of the vestibule were paneled with oak; to the right of the entrance was a massive fireplace, lined with patterned ceramic tiles. A ladder with carved handrails led to the gallery. The carved pillars of the staircase were decorated with male heads in broad-brimmed hats. The suite of ceremonial rooms was decorated with Corinthian pilasters, stucco friezes in the form of wreaths with garlands. In the Great Living room, there was a marble fireplace with atlantes, in front of him on the low pedestals two sphinxes were laying.

During the First World War, the countess arranged a hospital here, and after the revolution, she left the country. Currently, the mansion is privately owned, and you can admire it only from the outside.