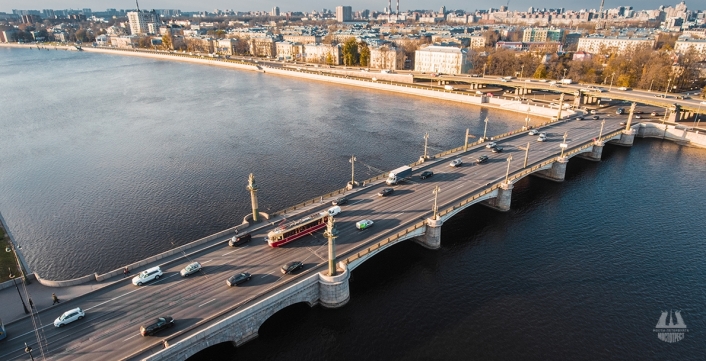 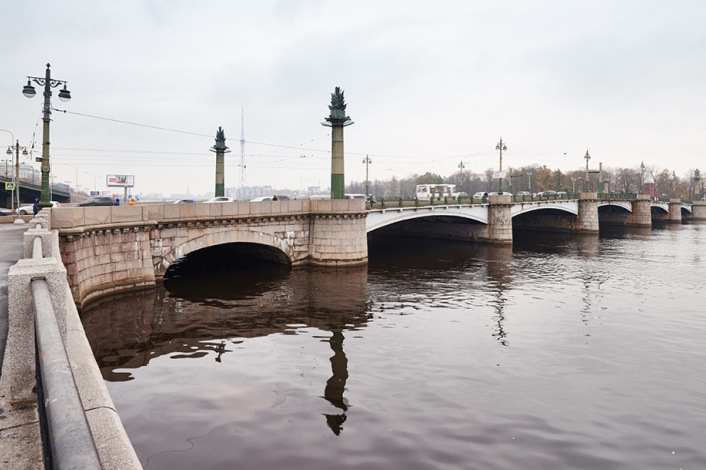 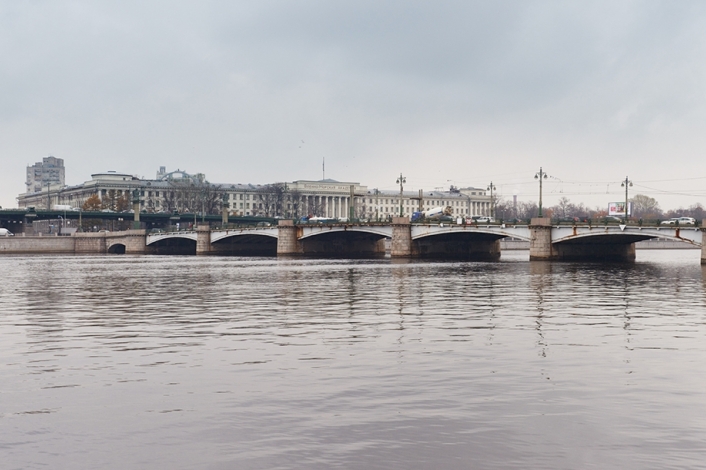 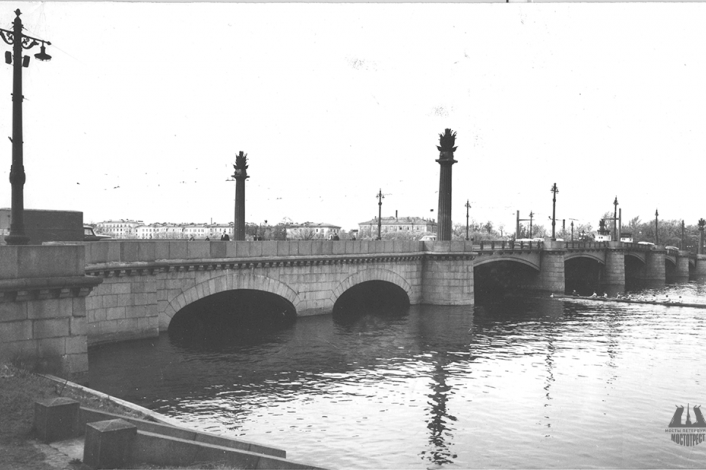 In 1869 the floating bridge was replaced by 20-span wooden strut-framed bridge on pile foundation with a manually operated draw span consisting of 4 wooden frames. The axis of the bridge was moved in line with Stroganovskaya Street (now Academician Krylov Street). The wooden bridge was repaired several times.

In the years 1906-1907 the bridge was reinforced for tram loading and widened for vehicles. In 1911 above-water part of the bridge was completely rebuilt.

In 1935 the wooden superstructures draw span was replaced with metal riveted beams. The tenth span on the left bank was electrically powered 2-leaf draw span of trunnion bascule system with a horizontal axis of rotation.

In the years 1953-1955 the wooden bridge was replaced under the project of engineers V.V. Dyachenko and B.B. Levin of Lengiproinzhproject and architects P.A. Areshev and V.S. Vasilkov into 9-span metal central draw span bridge.

Ushakovsky Bridge consists of 9 spans. Fixed spans are covered with 2-span metal continuous beams with a solid wall of variable height with a curved outline of the bottom chord.

Art casting railing is installed on the bridge, by the end of which there are round granite bollards, and granite parapet is on the supports.

At the entrances to the bridge there are cast-iron fluted pillars and original ending, in which composition bas-relief images of the Order of Admiral Ushakov on the background of half-masted flags are included.

During the construction of the Ushakovskaya transport interchange in years 1999-2000 the roadway on the embankment was widened, in this connection the right-bank concrete span of the bridge was filled in after reinforcement.

In 2000 works on major repair of the pavement and the tram tracks were done.