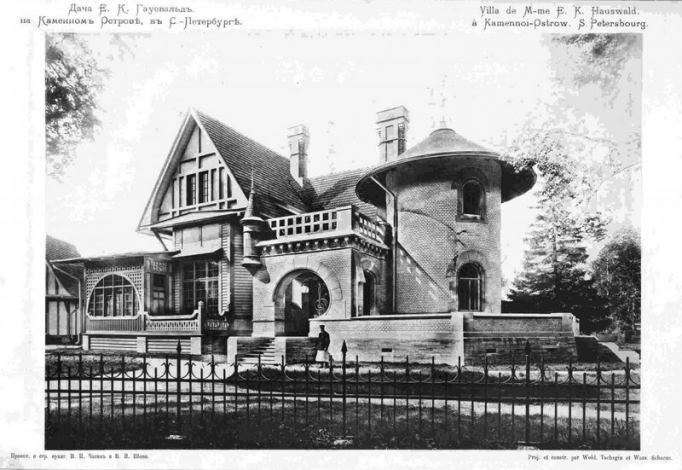 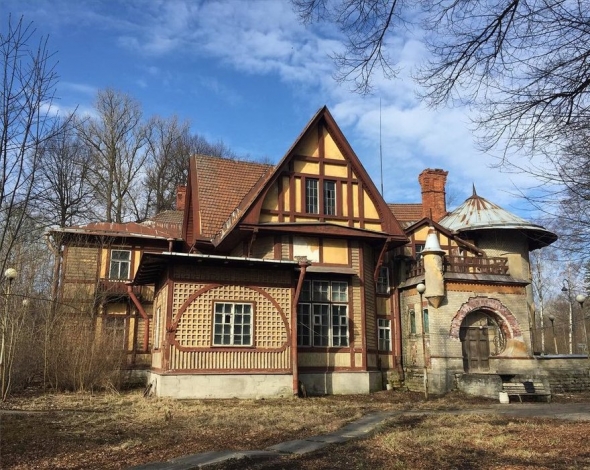 Gauswald Cottage, built on Kamenny Island in 1898, is considered the first Art Nouveau building in St. Petersburg and even in Russia. This is one of the rarest examples of Art Nouveau in wooden architecture. The dacha was named after the names of its first owners - it was built for the wife of the bakery master Eugenia Karlovna Gauswald.

The architecture of the house embodied many of the characteristic features of the style: underlined asymmetry, broken lines of the portal and the roof. The prototype was the architecture of English cottages. It is no accident that in the beginning of the 1980s the film “The Adventures of Sherlock Holmes and Dr. Watson” was shot here (the house of Irene Adler).

The two-story wooden central part of the building is adjoined by a one-story part with a circular portal. The round tower with semicircular windows is located in the north. On the south side there are two terraces decorated with four stone pillars.

In 1918, the 3rd children's colony named after A.V. Lunacharsky, existed here until 1923. Then the building was occupied for many years by the sanatorium of the Leningrad Metal Plant.

At the beginning of the XXI century, the cottage came into disrepair, in 2017-2019 it was restored, restoring most of the original wooden structures.