The magic of small bridges

St. Petersburg bridges have long been the “hallmark” of Northern Venice, but speaking of them, we usually imagine the majestic wings of adjustable spans over the Neva framed by a white night. However, the bridges over Fontanka, Moika, the Griboedov Canal, other small rivers and canals of the city are no less interesting. Many of these crossings have something to tell about themselves - about their history, which is closely intertwined with the history of the city, about their unique engineering and architectural features.

And on this route there is a museum of St. Petersburg bridges! You can visit it by appointment by phone or through the VKontakte group. 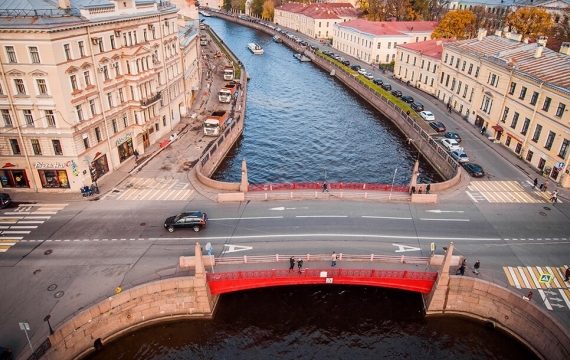 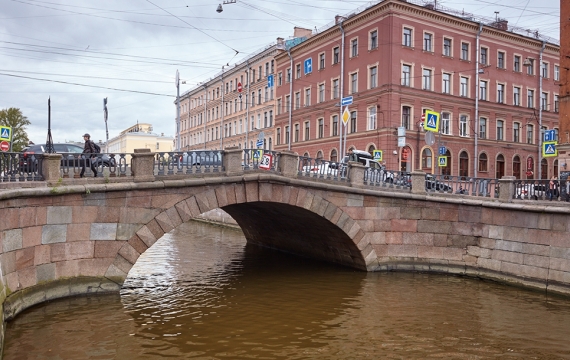 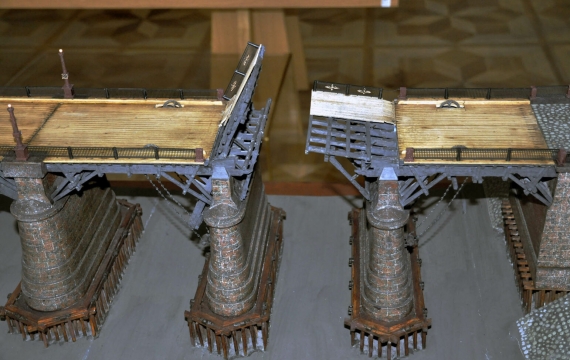 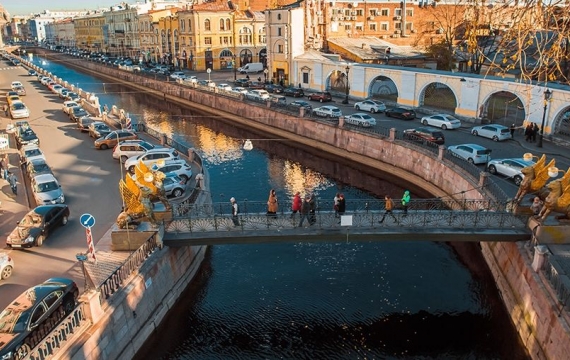 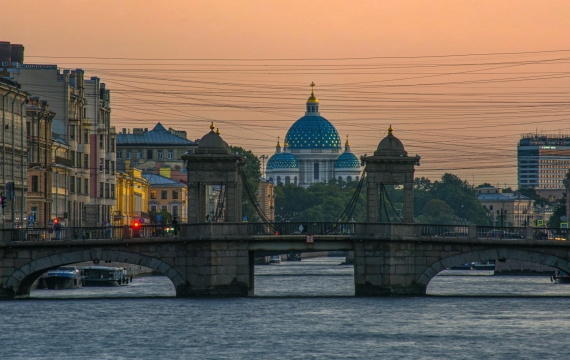 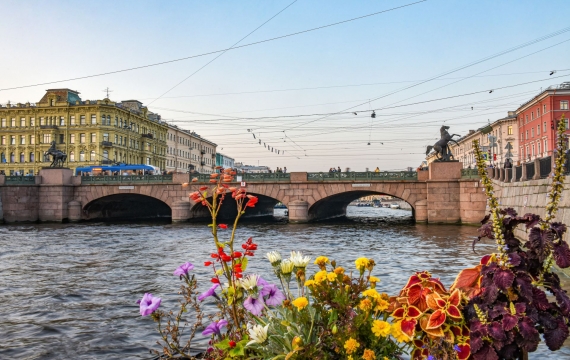 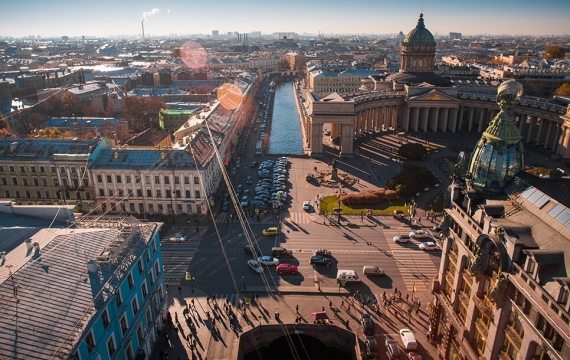 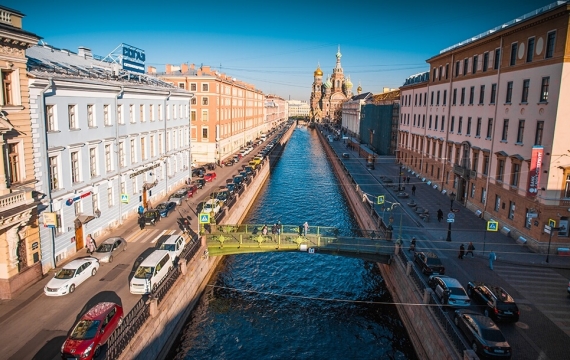 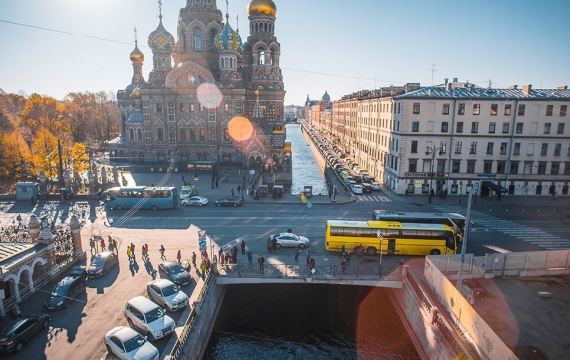 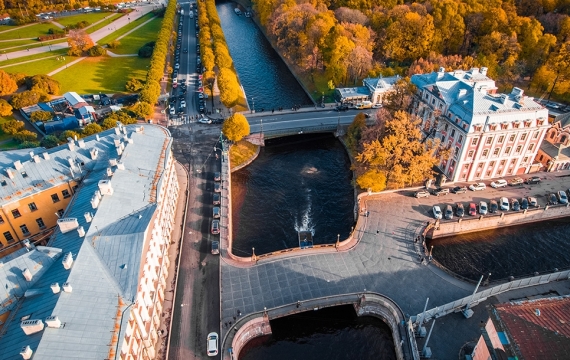 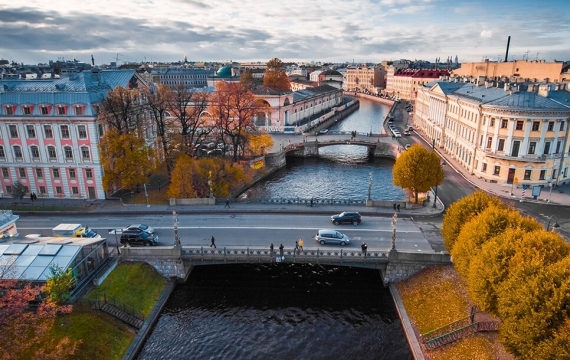 The route starts from the fountain in the Alexander Garden, opposite the Admiralty. Your path lies along Gorokhovaya Street, and the first bridge you meet is Red. This is one of the oldest bridges in St. Petersburg, leading its history since 1717. Initially, the bridge was called White, and in 1778 it was repainted and renamed.

The next bridge on Gorokhovaya Street is Kamenny, across the Griboedov Canal. The canal was laid in the second half of the 18th century along the Glukhaya riverbed, and Gorokhovaya Street was then called the Middle Perspective. The stone bridge was built in the 1760s, and it has survived to our days almost in its original form, except that the entrances have become less steep.

Turn left along the canal embankment and walk to Muchny Lane. Here, in Building 2, is the Museum of Bridges, where you can see 60 unique models of St. Petersburg crossings.

We continue the path along the embankment of the Griboedov Canal - and here they are, the famous griffins of the Bank Bridge! Since the 19th century, there has been an urban legend that these winged guards will help you solve financial problems and even bring wealth.

Turn along Lomonosov Street and go to the Fontanka River, over which the Lomonosov Bridge with chains and turrets is thrown. Now their purpose is purely decorative, but once this bridge was movable, and there were movable mechanisms in the towers.

Now there are only two such bridges on the Fontanka - Lomonosova and Staro-Kalinkin, and in the XVIII – early XIX centuries there were seven of them, including Anichkov Bridge, which will be the next point on your route.

Admire the sculptural groups “Taming the Horse” by sculptor Peter Klodt. Do you know why horses on the right bank of the Fontanka have horseshoes, and on the left - not horseshoes? This can be found in the article about Anichkov bridge in our application.

You can walk to the Kazan bridge through the Griboedov canal, take a bus or trolleybus. Once on the bridge, you may not even immediately understand this - it is perceived as part of the square near the Kazan Cathedral. Its width is 95 meters, it is the third widest bridge in St. Petersburg, after the Blue Bridge across the Moika and Aptekarsky across Karpovka.

Turn right from Nevsky Prospekt. The following crossing can be called a monument to enthusiasm and love for the city: the Italian pedestrian bridge over the canal was built in 1896 at the expense of engineer Kolpitsyn and became his gift to St. Petersburg.

The Novo-Konyushenny bridge was once the widest in the city - until 1939 it was a square near the Cathedral of the Resurrection of Christ, known as the Savior on Spilled Blood. Another bridge is interesting in that from 1975 to 1998 it bore the name of Grinevitsky - the murderer of Tsar Alexander II, in whose memory this cathedral was built.

So you have reached the end of the route. Before you is Trekhmoste, an architectural and engineering structure that connected two bridges across the Moika and the Catherine Canal, as well as the False Bridge Dam. The history of the Three Bridges dates back to 1807, when the architect Rossi received an order for the construction of the Mikhailovsky Palace. Two bridges, connected by a common base in the center of the Moika, also entered into a single ensemble created by the architect.

The bridge, located just upstream of the Moika - 2nd Sadovy - was built relatively recently. The modern crossing opened here only in 1967, but thanks to the architectural decoration stylized in the 19th century, the bridge organically blended into the surrounding classical buildings.