The building of the Catherine's Public Assembly 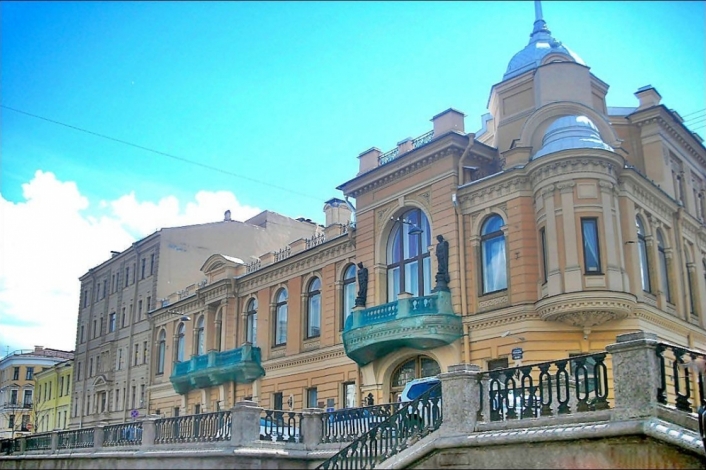 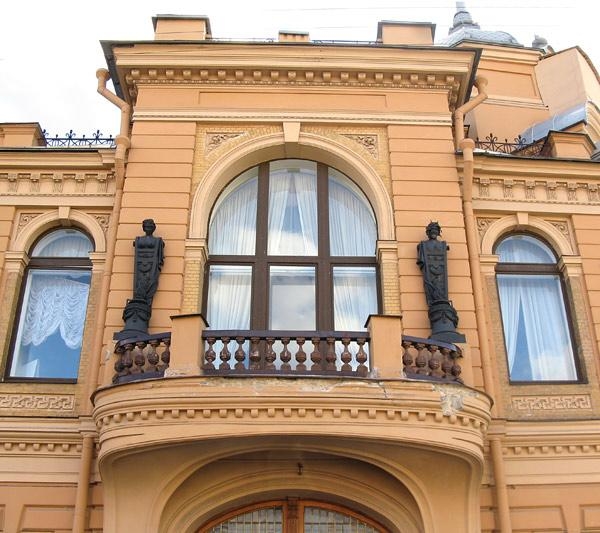 The house on the Griboyedov Canal was built at the beginning of the 20th century for the St. Petersburg First Public Assembly, which was founded in 1790, and in 1906 it received a new name - the Catherine's Assembly.

The building of Catherine's Assembly, located on a corner plot having the shape of a trapezoid, the main northern facade emerges on the red line of the embankment of the canal. Western facade, not less decorated - on the Middle Podyac street. From the side of the canal, the house is two-story, from the side of the street - three-story, partly with an attic. The composition of the roofs adjacent to each other has a complex configuration. Above the front staircase a light lantern stands. The cut-off corner is completed by a tower with a dome and a spire.

The meeting was a closed club for leisure activities. The house had a large theatrical hall for 700 seats at that time. From the very beginning, it was planned to set up a theater here. Originally it was the Catherine Theater, and in December 1908, the famous theater of political satire "Crooked Mirror" was opened here.

Art interior decoration was preserved only in a few rooms of the meeting, the rest is lost. Now it is a dwelling house.