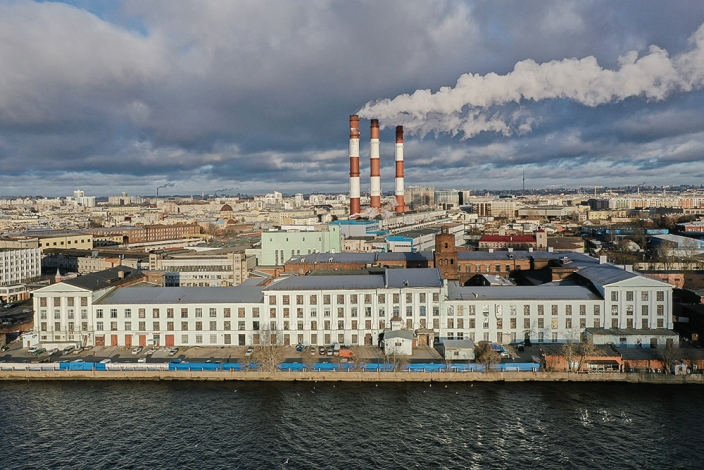 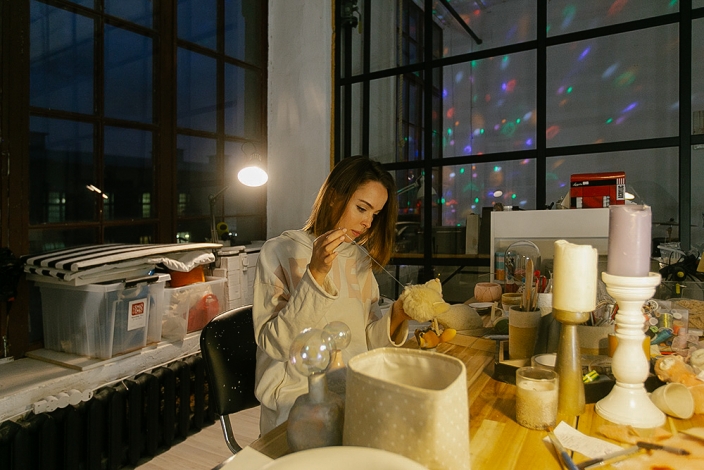 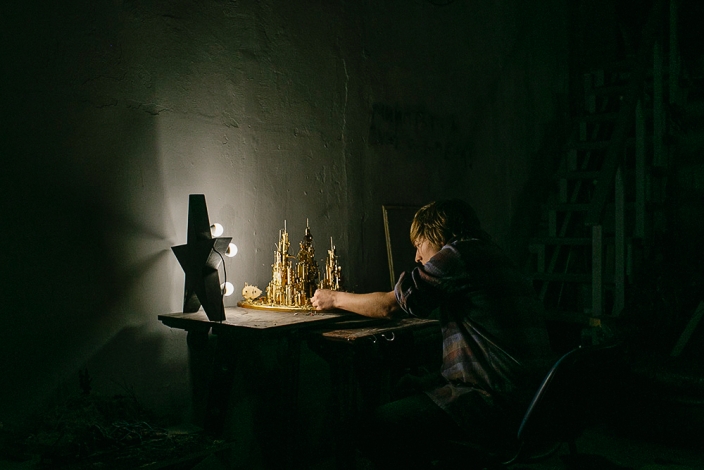 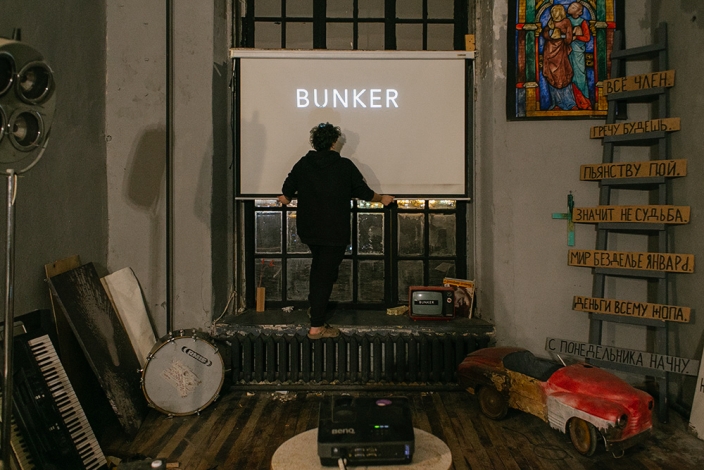 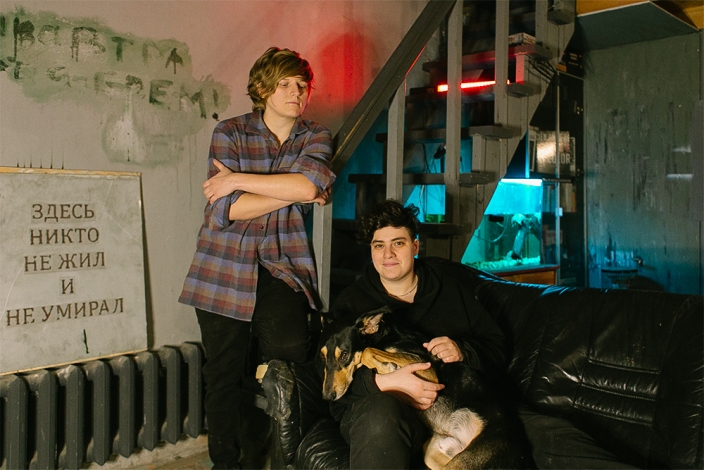 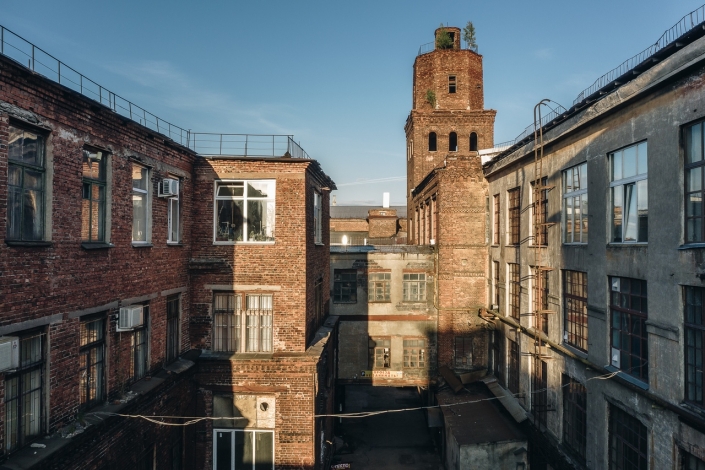 The creative space in the building of an old textile factory on Vasilievsky Island brings together artists, clothing designers, ceramics, jewelers, etc. They rent workshops in the building, and many masters live here.

The history of the space begins in 1834, when the cotton-printing factory of Jacob Lyutsch appeared on the Leather Line. In Soviet times, the factory was nationalized and renamed in honor of the revolutionary Vera Slutskaya.

In the 1990s, the enterprise passed into the hands of Severny Tekstil JSC. In 2000, the building was rented by Narvskaya Yarmarka Trading House to lease the premises. By the mid-2010s, numerous art workshops, photo studios, and coworking spaces were located here.

At the end of 2017, several residents of the factory united into the unofficial community "# Zavod34" - a community of creative people united by a dot on the map. There are fairs for residents' products with paintings, clothing, furniture and ceramics. You can get inside only during events, and you need to show your passport.

The buildings of the factory were built in 1899-1900 according to the design of the engineer Marian Lukasiewicz and in 1906-1914 according to the project of Maxim Kapelinsky. 7 out of 17 buildings are included in the list of newly identified objects of cultural heritage of the KGIOP.