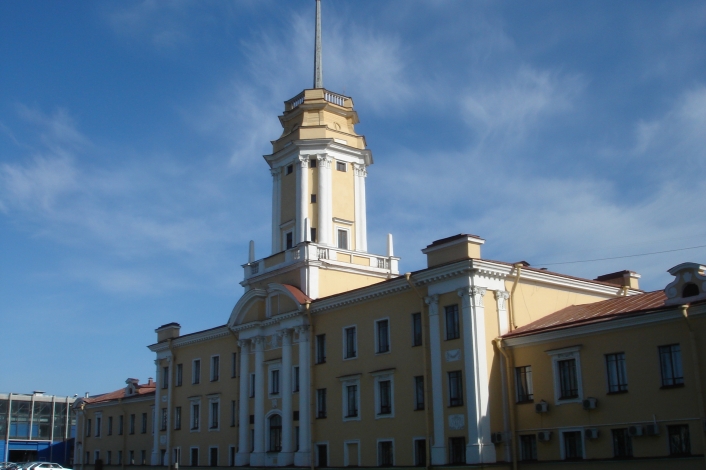 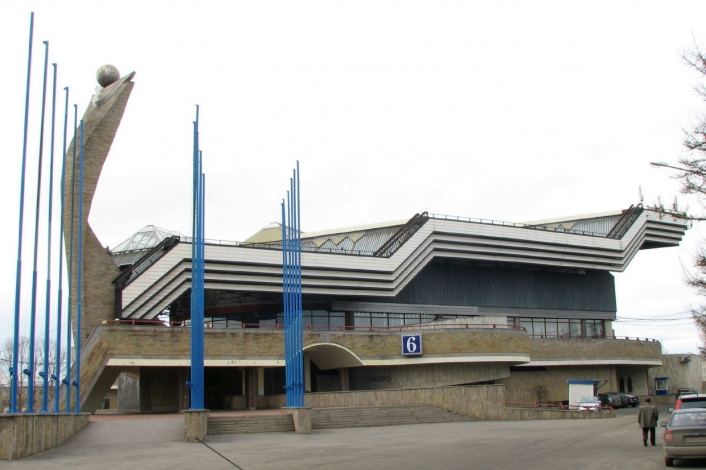 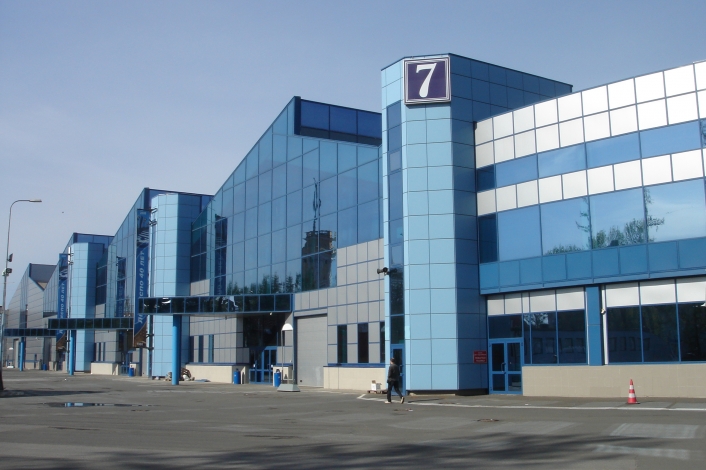 The exhibition site "Lenexpo" is located in the harbor, in the west of the Vasilievsky Island and on the shore of the Gulf of Finland. In the 20th century it was the largest exhibition center in the North-West region and one of the largest in the country.

By the beginning of the 1960s, here, at the end of Bolshoy Prospect V.O. there was a building with a turret and a spire in the style of "Stalin's Empire." It was built after the war by architect D.P. Buryshkin for the Marine Scientific Research Institute of Telecommunications and Telemechanics. After the opening of the "Lenexpo", the administrative building is located here, today it is Pavilion No. 9.

Complex "Lenexpo" was created for the opening of one of the first Soviet international exhibitions - Inrybprom-1968. The first exhibition pavilions were erected in the 1960s on a specially washed territory. They stood out among the buildings of Vasilevsky Island with sparkling glass facets of their facades.

In the 1970s-1990s, the exhibition area was expanded with several pavilions in a modern style, and today the complex consists of 9 pavilions, among which stands a modern pavilion No. 7 with a total area of 8133 sq. m. It was erected in 2005-2009 by the design of the architectural workshop of V.M. Freifeld. In 2006, the X St. Petersburg International Economic Forum was held here.

After the opening of the Expoforum Congress and Exhibition Complex in 2014, Lenexpo lost the palm tree, but even today more than a million St. Petersburg residents and guests of the Northern Capital visit the exhibitions at Lenexpo.