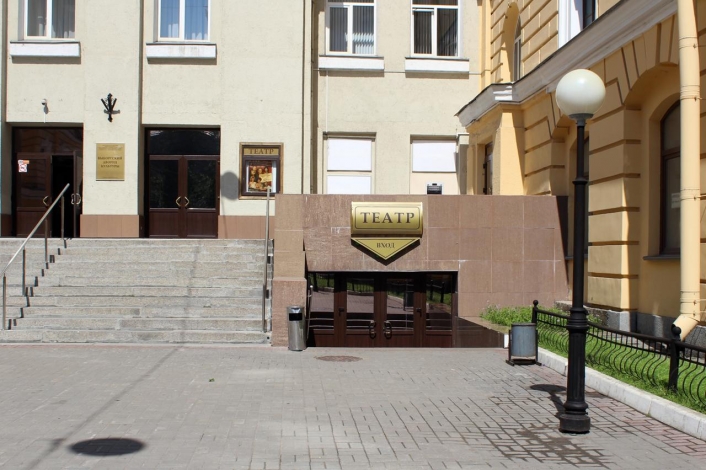 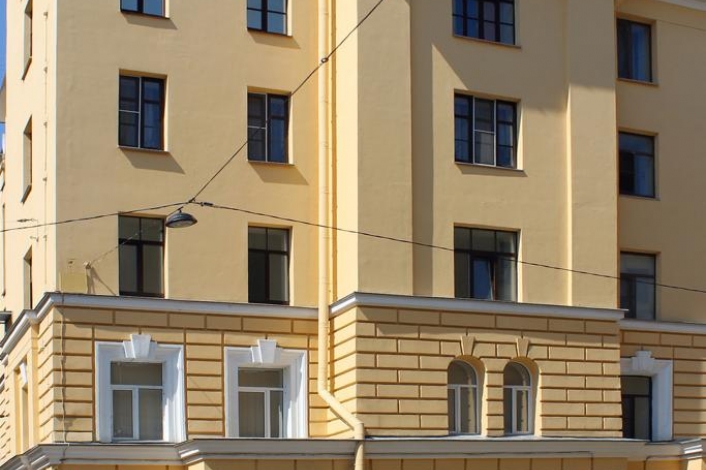 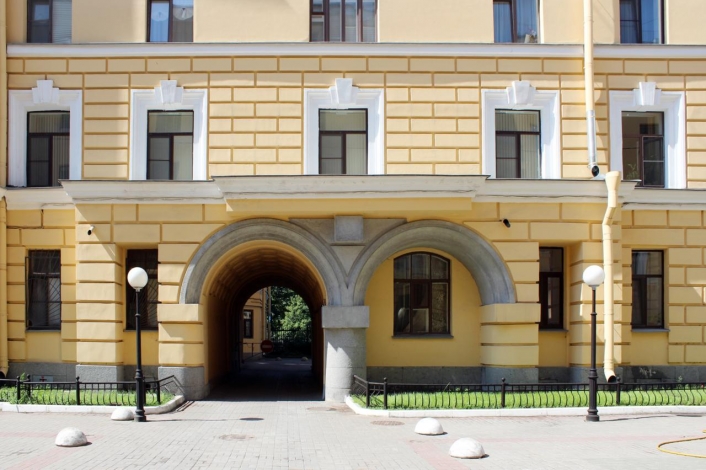 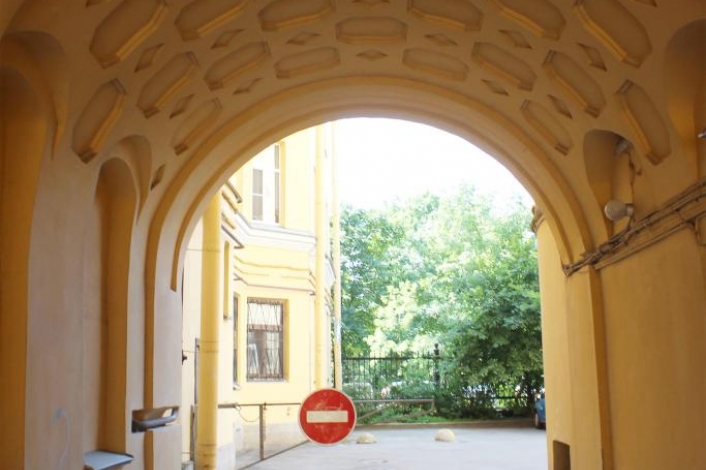 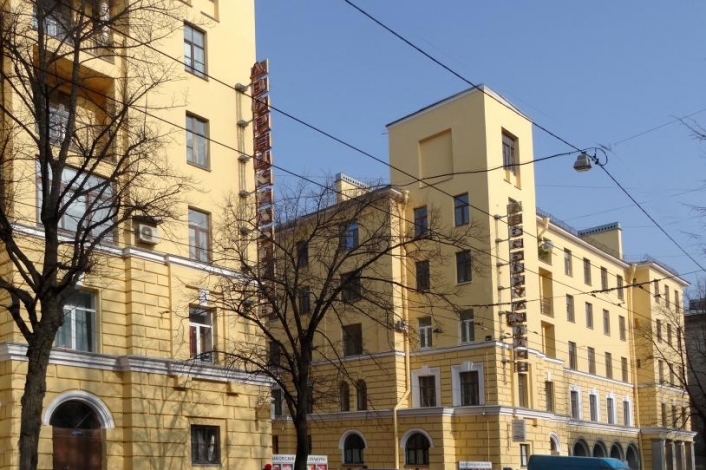 The building, which houses the Vyborgsky Palace of Culture, was built in 1913-1916 as a residential building of the Vyborg Partnership for the installation of permanent apartments.

At the beginning of the 20th century, due to a sharp increase in the population a housing crisis began in this industrial area. The Vyborg Association for the installation of permanent apartments also belongs to the number of societies designed to fight apartment needs by building cooperative houses. Engineers V.V. Starostin and A.I. Zazersky and the architect M.I. Kitner drafted a 6-storey residential building, part of which was assigned to the Vyborg Commercial School. However, in 1916 the construction had to be stopped due to lack of funds.

In 1924-1927, the building was rebuilt according to the project of architects G.A. Simonov, A.I. Gegello and D.L. Krichevsky. The "wings" of the building remained residential buildings, the central building was converted to one of the first in the USSR Palaces of Culture, which was opened to the 10th anniversary of the October Revolution.

The palace included an auditorium for 2000 seats, a library, a reading room, themed rooms, lecture rooms, "quiet rooms", a radio-base, a chess-checker club, an anti-religious university, children's rooms. In 1936 the XV World Congress of Physiologists with the participation of Academician I. Pavlov took place here. The great composer Dmitry Shostakovich gave his first concert here.

In the summer time, in the park next to the Palace, there was a summer theater, an orchestra, a shooting gallery, a summer reading room, a sports ground.

Today the Vyborgsky Palace of Culture has become one of the leading cultural centers of the Vyborg district, where the tours of the Moscow theaters, theatrical productions of the theaters of St. Petersburg and concerts of famous performers take place.