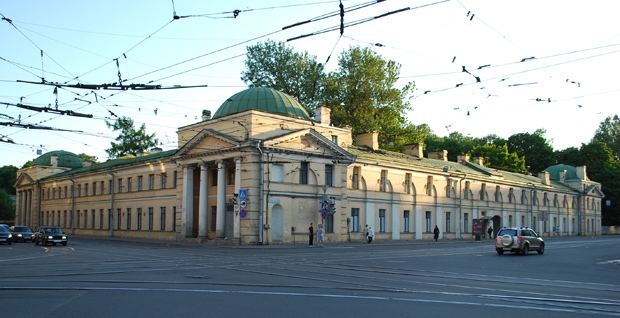 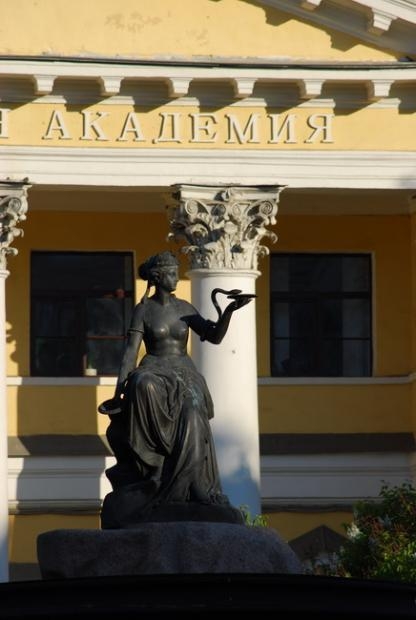 The two-storied stone building of the Military Medical Academy consists of the main building located in the interior of the vast front courtyard and two symmetrical, rectangular in plan side wings facing the facades to the street.

The project to build a medical school building on the Vyborg side in close proximity to the Sukhotun and Naval hospitals, founded as early as the beginning of the 18th century, was approved on December 18, 1798. By decree of Emperor Paul I the medical school at the hospitals was transformed into the Medical and Surgical Academy. Since 1881 the Academy has been called the Military Medical Academy.

A building was specially built for the Academy on the Vyborg side. The construction was started in 1799 on the project of Antonio Porto and finished in 1809 under the leadership of Andrei Voronikhin. The project was developed according to a program compiled by medical experts and provided for the creation of training clinics, classrooms, libraries, and residential premises for students. The building met the highest requirements of medical science of the time.

The general character of the composition of the building is typical for the Russian classicism of the late 1790s. The central building, decorated with a portico of six Corinthian columns bearing a pediment, is crowned with a dome close in outline to the dome of the Tauride Palace. Similar domes are crowned with cubic corner pavilions of side wings with loggias.

The walls of the main hall are decorated with the famous frescoes of the Italian artist Piero di Angeli, he also executed the decoration of the dome and the image of the goddesses of medicine, pharmacy, and science in the "sails" bordering the dome.

Gardens of the Military Medical Academy were created even before its foundation. At the turn of the XVIII-XIX centuries they were re-planned, and in the XIX century, the MMA became the center of a vast medical town.

Among other buildings of the MMA, it is worth paying attention to the huge building of the Land and Sea Hospitals (now the Military Clinical Hospital), which stretches along Pirogovskaya embankment in the houses 3-5. The building was erected in the second half of the 18th century according to the design of G.S. Voinitsky.