Water tower of the Vulkan plant 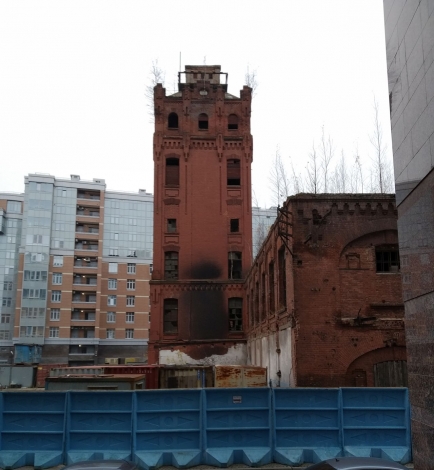 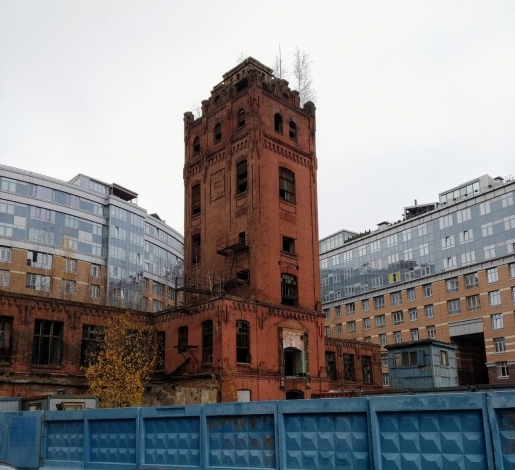 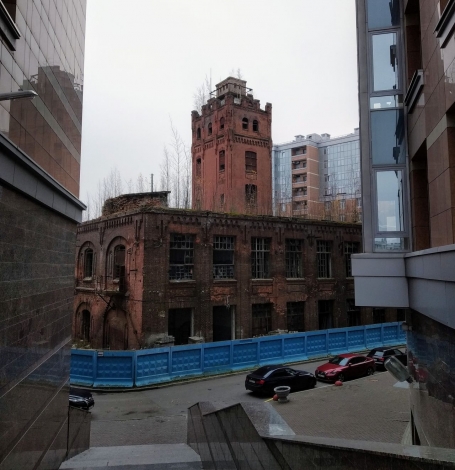 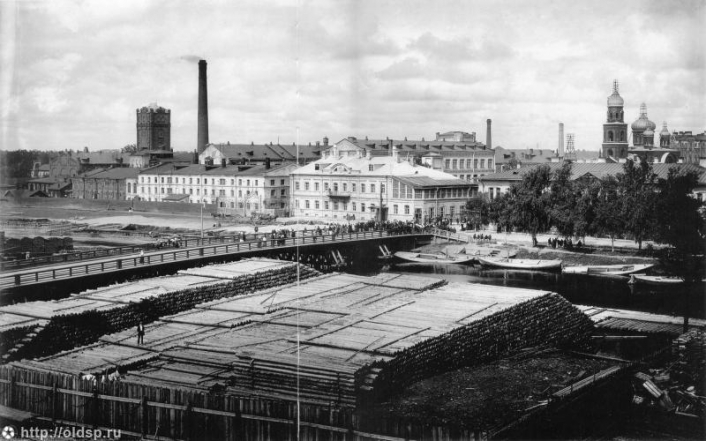 In the middle of expensive modern buildings on the Leontievsky Cape, between the Zhdanovka and Malaya Nevka rivers, not far from the Lazarevsky bridge, an old brick building with a water tower stands out. This is a monument of industrial architecture of the early XX century - a building left over from the Vulkan machine-building plant (in the KGIOP register, the building is listed as an Industrial building with a water tower of the Brothers N. and V. Leontievs and Co.).

At this place at the beginning of the 19th century, the Italian entrepreneur Cattani built the first factory. Later, a calico factory of the Leontyev merchants appeared here, whose surname gave the name to Cape Leontiev, and in 1879 - the factory of the merchant Sivers.

In 1897, a plant for the manufacture of Yakovlev's kerosene engines was built here. The first owner of the plant, a legendary man - retired lieutenant Evgeny Aleksandrovich Yakovlev, the creator of the domestic internal combustion engine and one of the designers of the first Russian production car. After the death of Yakovlev in 1898, his companions redesigned the plant, abandoning the production of internal combustion engines.

In 1907 the plant was bought by the joint-stock company "Golstrem and Tuneld", the new owners gave it the name "Volcano". The building with a water tower, left over from the previous owners, was rebuilt in 1911 according to the project of engineer I.I. Gerasimov and then in 1915 it was completed by the architect M.E. Suntsov.

The enterprise was closed in 1996, the factory buildings were gradually destroyed. Now only this building with a water tower is left of them - a pretentious residential complex "Premier Palace" has been erected around. Despite the contrast with modern buildings, the building is not demolished: in 2014, by order of the KGIOP, it was recognized as an object of cultural heritage of regional importance. In the 2010s, the building was planned to be adapted for a kindergarten, but these plans have not yet been implemented.