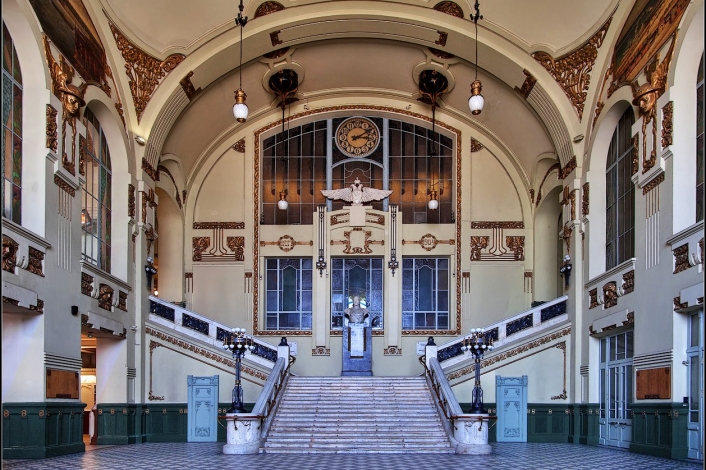 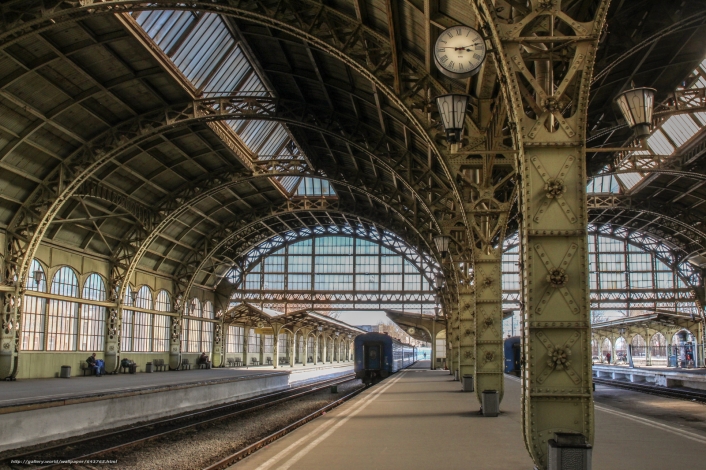 Vitebsk railway station is the most beautiful in St. Petersburg, it excites visitors by its architecture and interior decoration.

The first railroad in Russia from St. Petersburg to Tsarskoe Selo was built in 1836-1837. In the first years, a small wooden structure where the Pushkinskaya metro station is now located served as a station. In 1849-1852, the stone building of the station was built according to the architect Konstantin Ton.

Finally, in 1902-1904, according to the project of academician of architecture, Stanislav Brzhozovsky with the participation of the engineer Sima Minash, the modern Tsarskoselsky (now Vitebsk) railway station appeared. This was the first public building in St. Petersburg, built in the Art Nouveau style.

The vertical dominants of the building are the clock tower with the image of owls and the entrance hall with a metal dome. The main facade is north, overlooking the Zagorodny Prospekt, extending from the clock tower from the left to the lobby and a semi-circular passage to the western facade, to the right. The landing room has an arched ceiling, its elegant iron riveted designs are decorated with floral decor.

The lobby - the main hall of the station complex with a ceiling height of more than twenty meters - is crowned with a metal dome. The main dominant of the hall is the grand staircase with marble handrails and bronze inserts, in the span of which there is a bust to Emperor Nicholas I. In the halls, there are panels with images of the history of the Tsarskoye Selo railway, the Peter and Paul Fortress and the port of Odessa. Almost all the constructions of the station building are decorated with artistic forging.

To the 300th anniversary of the Northern Capital, the restoration of the station complex was carried out: the dome was restored and the molded ornament was recreated, the imperial cafe was recreated and the metal decor was restored, the elements of the original project were restored according to the preserved historical documentation.

On August 1, 2014, on the day of the 100th anniversary of Russia's entry into the First World War, a monument to the Russian Guard of the Great War was opened in front of the station. The monument is dedicated to Russian soldiers who went to the front from Tsarskoye Selo (now Vitebsk) railway station. This is a three-dimensional cross with a bas-relief on which soldiers are depicted in the train carriageway. Its authors are sculptors Alexey Ignatov and Mikhail Pereyaslavets.