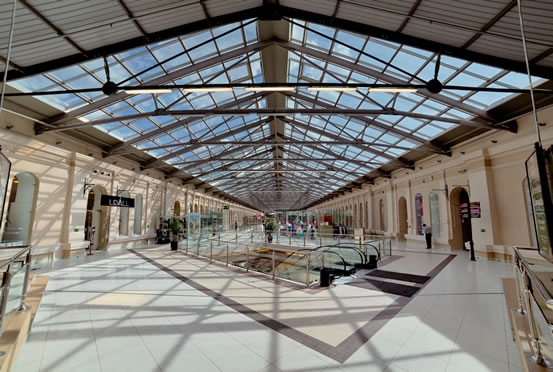 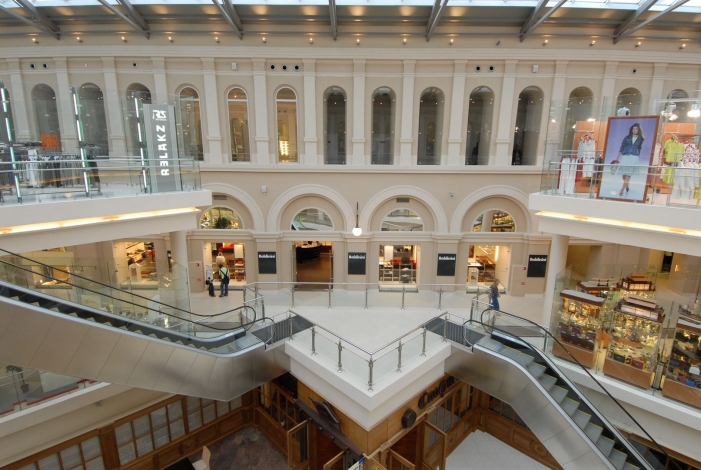 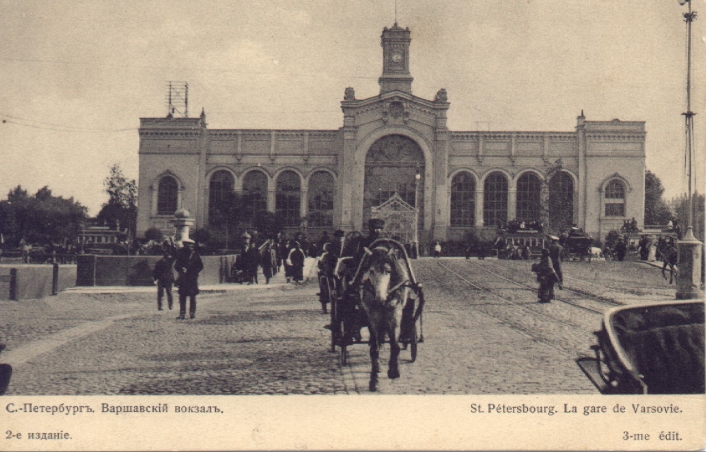 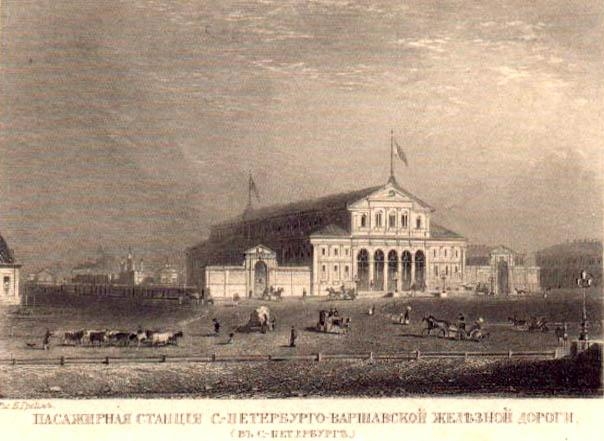 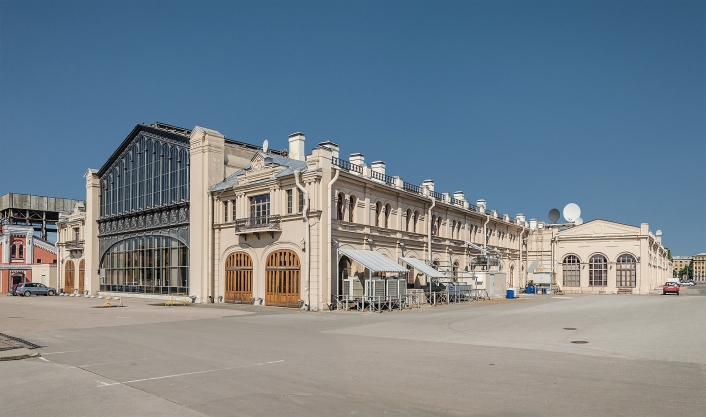 The Warsaw Station, in the building in which there is now a shopping and entertainment complex, was built in 1852-1853 according to the project of architect K.A. Skarzhinsky for the Petersburg-Warsaw Railway.

On November 12, 1853, traffic began on the first section of the road 44.6 km long - from St. Petersburg to the imperial residence in Gatchina. For regular traffic, the road opened in 1862.

The first station building was modest: a two-story stone house, similar to a residential one, with large doorways in the center of the main facade, which overlooked the Obvodny Canal. Above the main entrance was a floor with a gable roof such as a mezzanine and flagpoles on the front and courtyard facades. In the center, in addition to the stairs, side ramps were arranged for the crew to enter the platform. On both sides of the building stood brick fences with stucco decorations and gateways.

On December 27, 1862, traffic to Warsaw was opened, by this time the station had ceased to cope with the large flow of passengers, and in 1857-1860 the building was rebuilt according to the project of P.O. Salmanovich.

The new building was moved to the shore of the Obvodny Canal, the facade was decorated with a central risalit with a clock tower and a stained-glass window.

The station had two sequentially located landing stages - one for arriving and departing trains, the other for a slop wagon fleet. Overlapping landing stages relied on cast-iron columns. In the 1890s, the slop park was liquidated.

The iron frame with glass filling, covering the entire opening of the landing platforms, met the advanced architectural trends of that time.

In the Soviet years, the station was nearly demolished, moreover, it was exposed to this risk twice: according to the General Plan of Leningrad in 1935, it was planned to extend Izmailovsky Prospekt through the station to the south-west. These plans were not implemented, but in the early 1980s, the authorities of Leningrad again talked about the project of connecting Izmailovsky and Novoizmailovsky avenues. The project was developed in the workshop №1 LenNIIProekt, the work was planned to be completed by 1985. According to legend, the station saved the monument to V.I. Lenin, established in the niche of the facade in 1949, did not dare to demolish the cult object of the communist ideology ...

On May 15, 2001, the station was closed for reconstruction, commuter and long-distance trains were transferred to other stations. On the part of the tracks, the exposition of the Museum of Russian Railways was expanded, which in 2017 moved to a new building near the Baltic Station.

In 2006, the Warsaw Express shopping and entertainment complex with shops and a cinema was opened in the building of the Warsaw Station. The reconstruction was carried out according to the project of the Italian architect Giovanni Bartoli. Externally, the architectural appearance of the building was almost not changed, in contrast to the interiors, which have not been preserved.