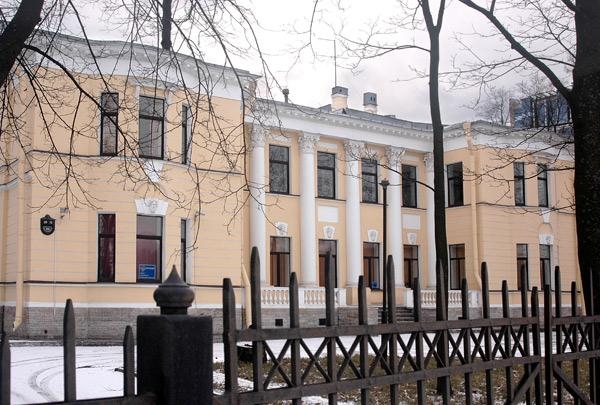 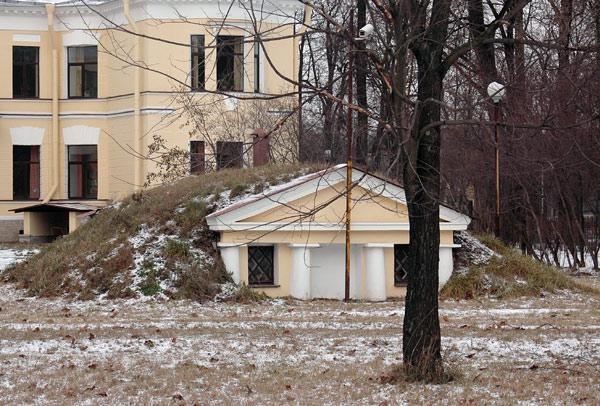 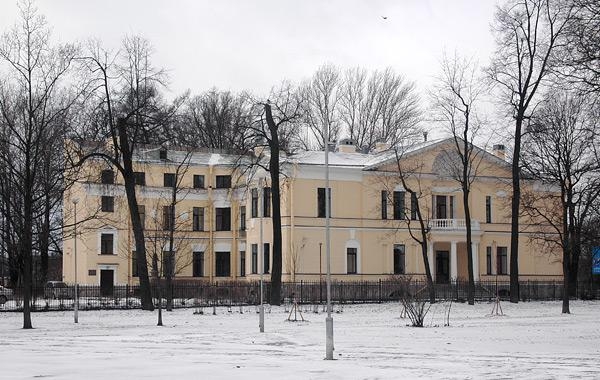 The mansion on Pesochnaya Embankment, which now houses the Leonard Euler International Mathematical Institute of the Russian Academy of Sciences, was built in 1913-1914 according to the project of architect Nikolai Lansere.

In the 1850s, the estate of captain A.E. Engelhardt, son of the director of the Imperial Tsarskoye Selo Lyceum. In the depths of the garden, which departed inland from the coast of Malaya Nevka, there was a wooden cottage behind it - a utility yard, a vegetable garden and a greenhouse.

In the early 1860s, the wife of an honorary citizen V.A.Novinskaya became the owner of the estate, at the beginning of the XX century it was inherited by granddaughters - M.A. Novinskaya and V.A. Zasetskaya. For them, a two-story stone mansion in the neoclassical style was erected. Each of the sisters occupied a separate floor with a separate set of premises. Only the kitchen block was common.

In the Soviet years, the mansion was occupied by a tuberculosis dispensary. In the 1990s, the building was restored, historical interiors were recreated.

Leonard Euler (1707–1783) is an outstanding Swiss mathematician, mechanic and physicist. He lived in St. Petersburg in 1727–1741 and 1766–1783, during which time he created a total of almost 500 works, participated in many areas of the St. Petersburg Academy of Sciences.