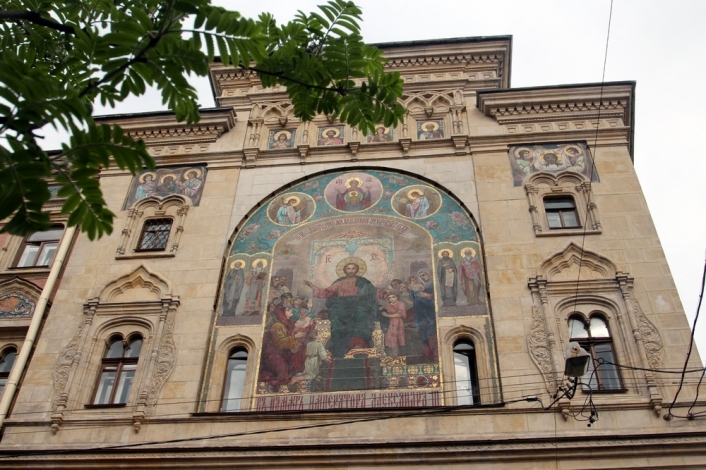 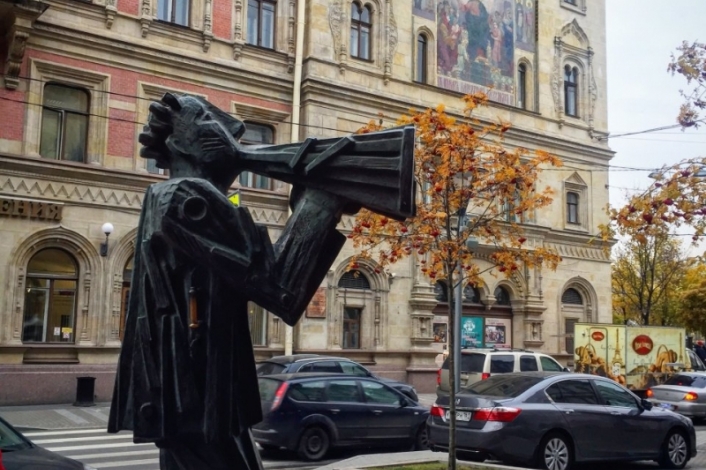 The unusual building of the University of Cinema and Television on the Pravda street with the mosaic icon on the facade is the former School Council at the Holy Synod with the Church of St. Blessed Prince Alexander Nevsky and the school.

The building was erected at the end of the XIX century in memory of Emperor Alexander III on the initiative of the Chief Procurator of the Holy Synod K.P. Pobedonostsev. The church was consecrated on January 17, 1901, and on September 1 of the same year, a church and parish school for boys and girls were opened.

Stylistics of the building was inspired by Russian architecture of the XVII century: double windows with weights, carved stone platbands. The facade was decorated with majolica and mosaic insets, and a large window on the eastern facade was decorated with stained glass. The main decorative detail of the southern facade of the church was a unique mosaic panel-icon "Christ blessing the children", created according to the drawings of the academician of painting A.N. Novoskoltsev.

In 1918 the building was occupied by the newly established Higher Institute of Photography, today it is the St. Petersburg Institute of Cinema and Television. The building was rebuilt, the domes of the church were demolished, most of the decor was lost.

The decor of the building was restored in 2014. The mosaic icon "Christ Blessing the Children" was inaugurated and consecrated in May 2015.

Opposite the building, on the even side of Pravda Street, there is a park of urban sculpture.