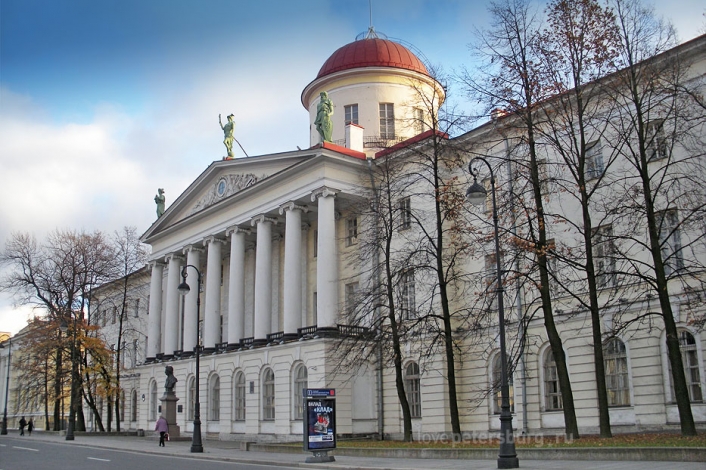 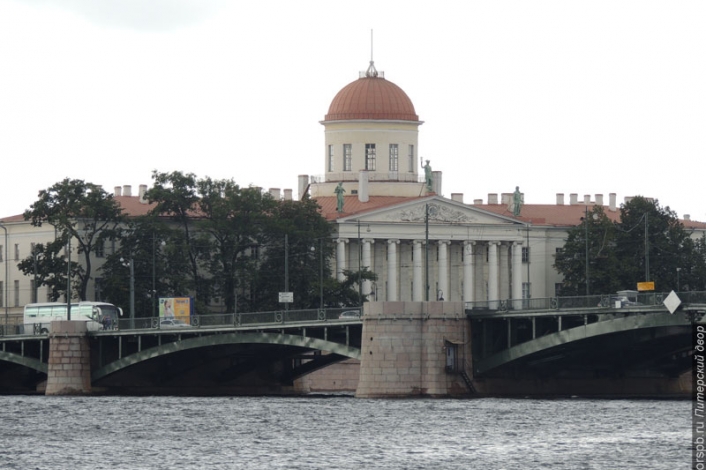 At the beginning of the XIX century, the old building ceased to satisfy the needs of the Customs. The new project was developed by architect I.F. Luckini. During the presentation of the project to the emperor, Nicholas I made his own changes to it. He ordered to raise the tower and the dome of the Customs to monitor the arriving ships and organize an optical telegraph here.

The construction of the building was completed on September 8, 1832, by raising the flag on the flagstaff. The tower of the customs building completed the symmetrical composition of the arrow of Vasilievsky Island. At the corners of the pediment are three copper statues: Mercury, Neptune, and Ceres (Roman gods - patrons of commerce, navigation, and fertility).

In 1885, the port from the Makarova Embankment moved to Gutuevsky Island, customs services also relocated there. In 1903 the former building of the Customs was reconstructed according to the design of the architect N.A. Gakkel.

From 1927 to the present day the building houses the Institute of Russian Literature of the Russian Academy of Sciences (Pushkin House) and the Literary Museum. In 1999, for the 200th anniversary of Alexander Pushkin, before the main entrance was installed a bust of the famous poet, created in 1899 by sculptor I.N. Schroeder.