Headquarters of the Russian Geographical Society 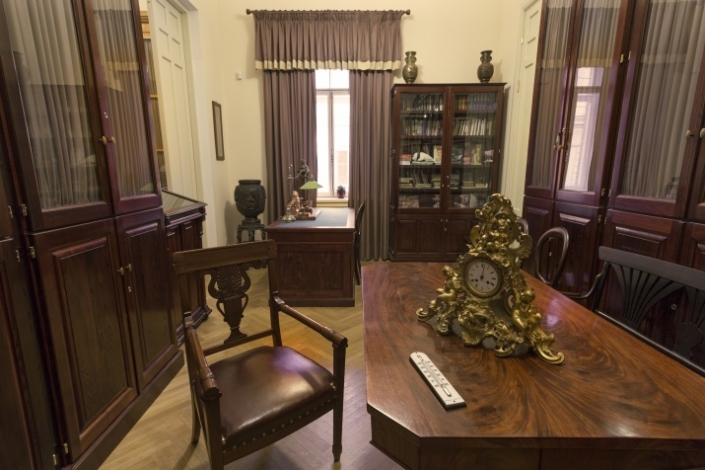 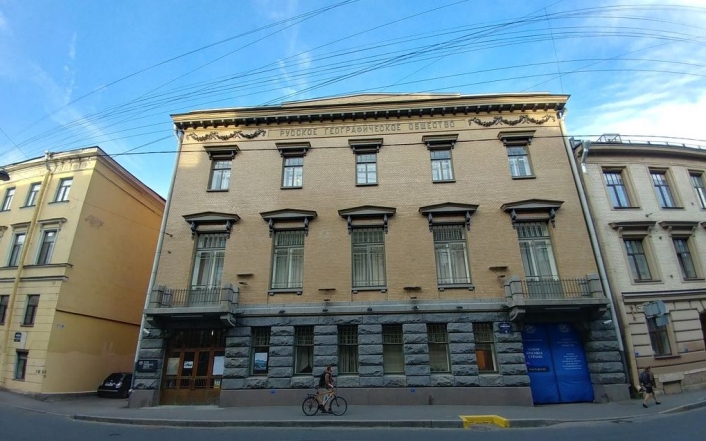 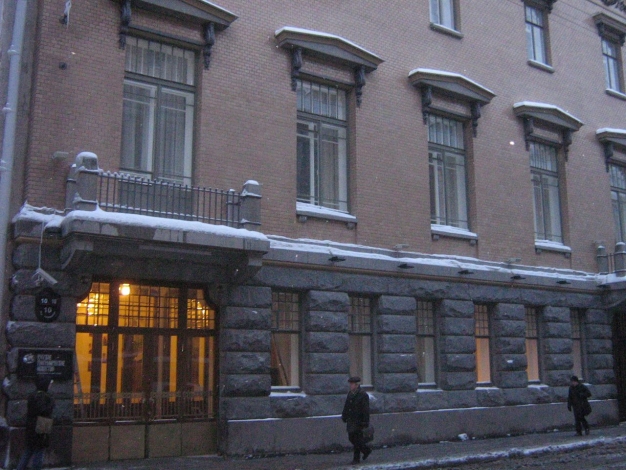 The Imperial Russian Geographical Society was founded in August 1845. From 1846 to 1862 it was located on Moika Embankment, 14, in the house of Pushchin. Then, the High Command ordered the apartment in the building of the 6th Gymnasium on Chernysheva Square (now Lomonosov Square) to be used free of charge. This was the heyday of geography, the Society was actively developing, the funds of its library and archive expanded.

In 1907, construction began on the building specifically for the Russian Geographical Society. The project was made by architect Gabriel Baranovsky, known as the chief architect of all buildings for the Eliseev brothers. His most famous buildings are the Brothers Eliseev House of Trade Partnership on Nevsky Prospekt and the Moscow Eliseevsky Shop on Tverskaya Street.

In 1909, the building of the Society was opened. It met the highest standards of its time. It housed: a large hall for ceremonial meetings, a library, a book warehouse, two small halls for ordinary meetings of departments and commissions, the Council room, the secretary’s office and the office, several small rooms and a guardhouse.

At present, the best specialized geography library in Europe, as well as a scientific archive that stores expedition materials, memoirs and personal items of prominent Russian travelers, operate at the Headquarters of the Russian Geographical Society.

In the Great Hall is the Central Lecture Hall named after Yu.M. Shokalsky is one of the oldest in the city. Over the years, such outstanding scientists and travelers as Nikolai Vavilov, Lev Gumilyov, Tur Heyerdahl, Yuri Senkevich and many others spoke from the rostrum of the lecture hall. Lectures, film screenings are held here. Admission to events is free.