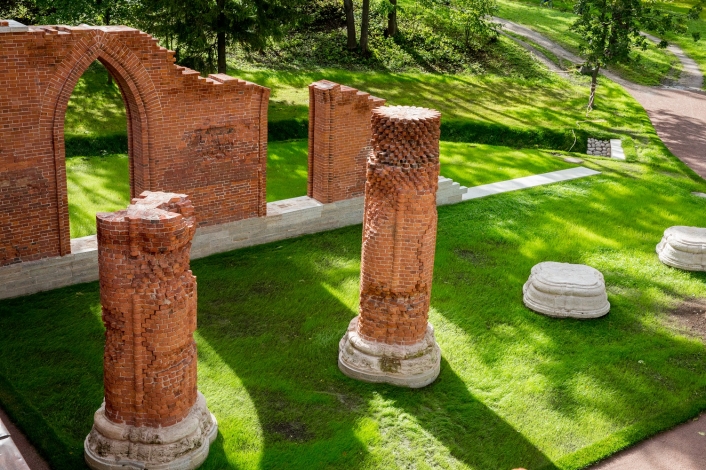 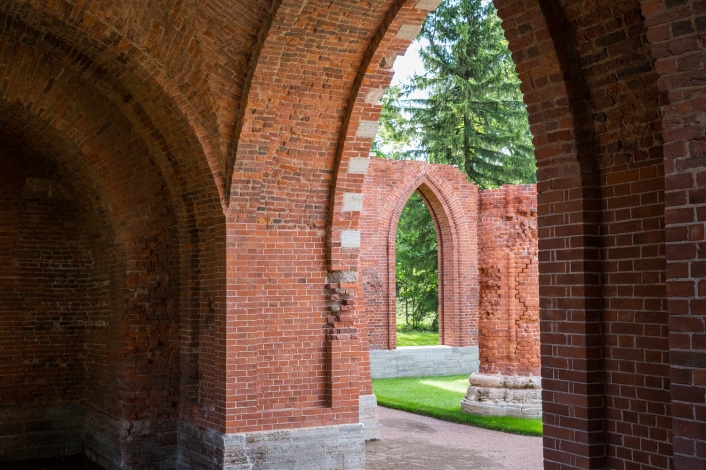 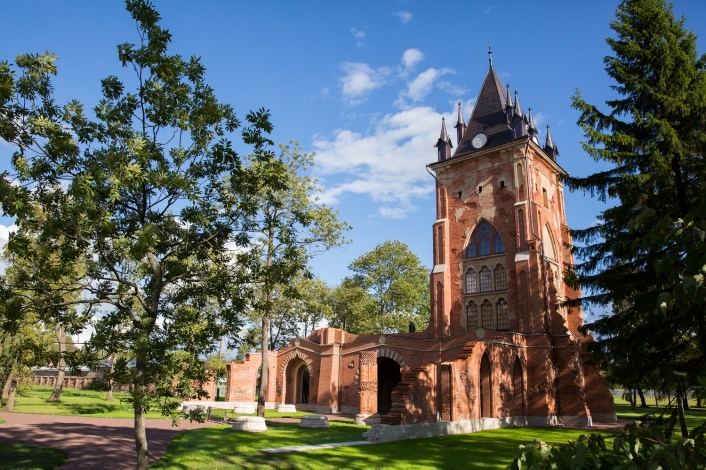 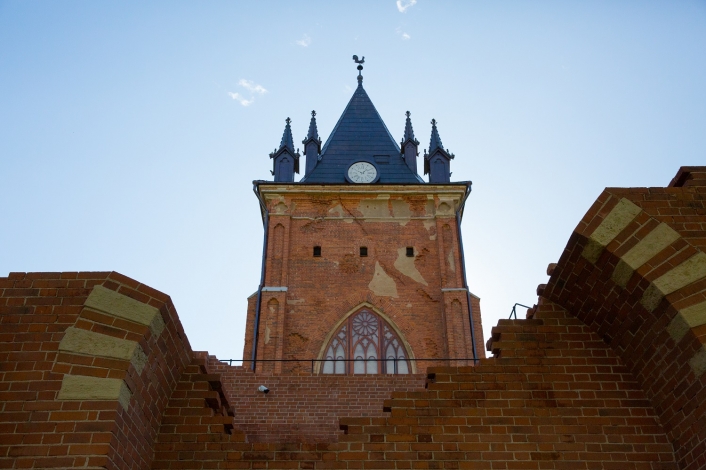 Pavilion "Chapelle" (from French chapelle - chapel) was built on the outskirts of the Alexander Park in 1825-1828 in the form of a gothic chapel, destroyed by time.

Like other "gothic" structures of the Alexander Park, the Chapel was built according to the project of Adam Menelas. It represents two square towers in the plan, one of which completely collapsed, and a wide arch connecting them. To enhance the "Gothic" image, colored glasses were installed in the window, and the light that penetrated them lit up the interior with the figures of angels at the base of the vaults. These figures were made by Vasily Demuth-Malinovsky. The statue of Christ, which was in Chapelle (now - in the collection of the State Hermitage),was acquired from the famous German sculptor Johann Heinrich von Danneker by Empress Maria Feodorovna and given to her son Emperor Alexander I.

After the revolution, the Chapel was opened for visiting as a museum object, but in the early 1930s it was closed due to low attendance. From 1931 till the Great Patriotic War there were residential apartments in Chapelle. During the war years, the pavilion received numerous damages, especially the roof of the tower. In the first post-war years, due to the total lack of materials and the possibility of repairing the damage worsened. By the end of the 1940s, as recorded in the historical certificate, "the bulk of the iron was torn off, the remains of it hung down and they continued to be torn by the wind. Due to long-term leaks, the rafter system is partially rotten, the brickwork of the ruin part and the stone staircase are partially damaged by projectiles. Window and door bindings are completely broken ... a sculpture with partial damages; stucco figures of angels too. " Interior of the chapel and the weathervane-cockerel were also affected.

In 1950-1951, conservation work was carried out, including major roof repairs. The question of the restoration of the Chapel was repeatedly raised, but within a few decades no restoration project was realized.

The roof of the pavilion was originally adorned with a rooster in the form of a cockerel made of copper, a symbol of the abdication of the apostle Peter. There were traces of bullets from the times of the Great Patriotic WarOn the weathercock, and the tail was completely lost. On the roof a copy of the cockerel was installed, in the base of which, before the installation on the roof, in July 2018 the museum staff laid a capsule with a message to the descendants. The interior of the chapel is decorated with paintings, imitating "gothic" windows and cloth with a light blue border. Restorers have preserved the surviving fragments of painting, the place of total loss was tinted.

The ceiling of the main room of the chapel has a fan-shaped arch, typical of English late Gothic buildings. When it was cleared, the restorers discovered a historical color scheme. After that, it was decided to paint significant losses in a historical shade.

In exchange for the statue of the Savior a sculpture of Grand Duchess Alexandra Nikolaevna (Adini), the daughter of Emperor Nicholas I, the work of Ivan Vitali, is installed in Chapelle. Sculpture comes from the lost Little Chapelle, which was on the shore of Lamsky Pond; for the last decades it was stored in the museum's funds.