Sphinxes on the University Embankment 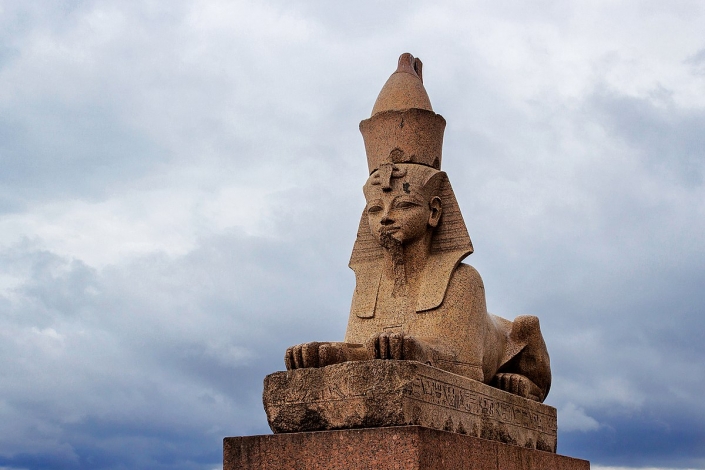 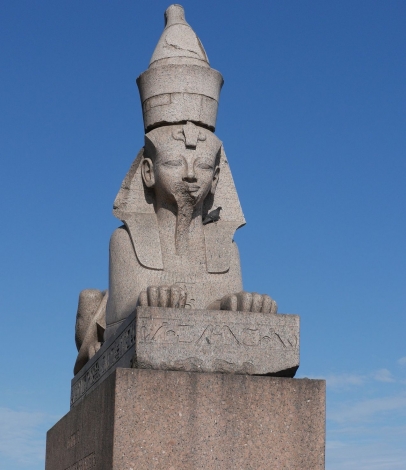 Ancient Egyptian sphinxes on the University embankment are considered the oldest monuments in St. Petersburg - their age is about 3,5 thousand years. Once they stood at the entrance to the temple, built for the pharaoh Amenhotep III.

The sphinxes came to St. Petersburg with the traveler AN. Muravyov, who in 1830 bought them in Egyptian Alexandria. In 1832 the Sphinxes arrived by sea to St. Petersburg. Two more years left for the construction of the parade descent to the Neva opposite the Academy of Arts under the project of architect Konstantin Ton.

Granite pedestals of the sphinxes are signed by the words: "The Sphinx of the ancient Thebes in Egypt was transported to the city of St. Peter in 1832". There are also Egyptian inscriptions on ancient sphinxes.

There are four bronze griffins on the landing stage under the sphinxes by the sculptor P.P. Gede.