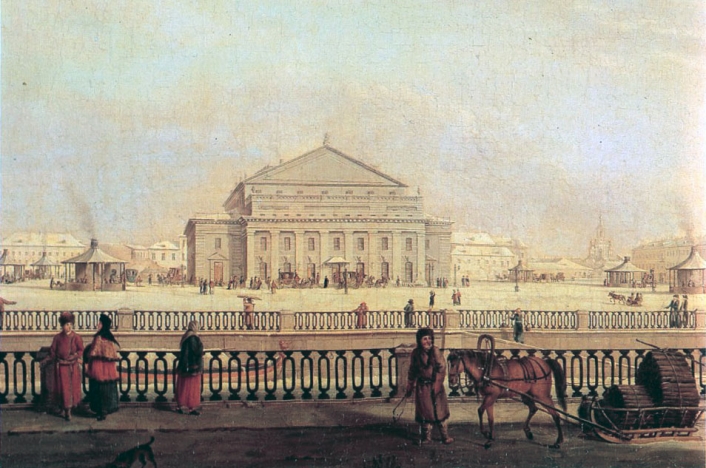 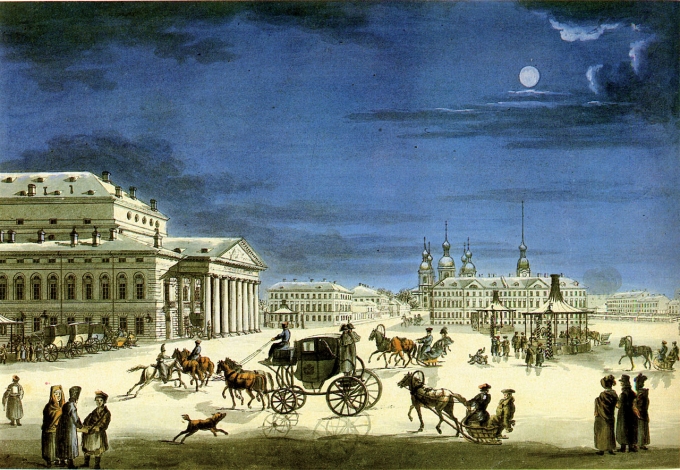 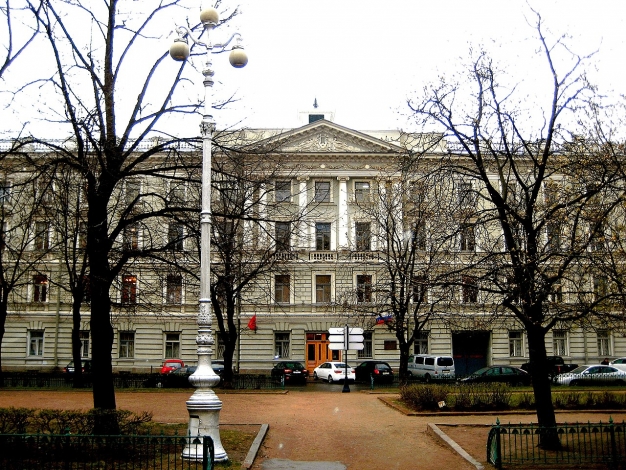 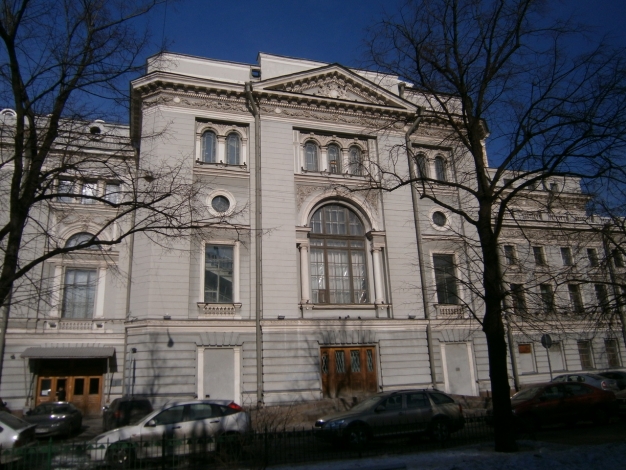 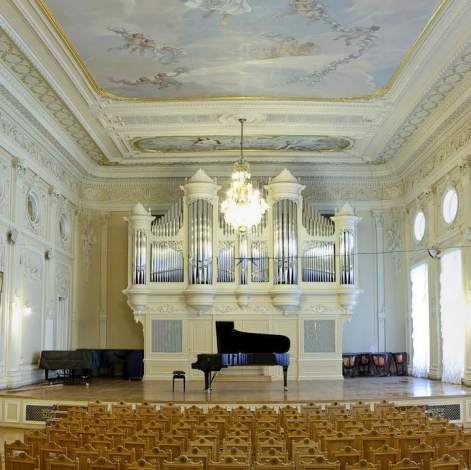 St. Petersburg State Conservatory named after N.A. Rimsky-Korsakov is the first conservatory in Russia. Founded on the basis of the Music Classes of the Russian Musical Society, opened at the initiative of pianist and composer Anton Rubinstein, the conservatory was opened on September 8 (20), 1862.

The first stone building of the Bolshoi Theater began to be erected in 1775 according to the design of Antonio Rinaldi. After Rinaldi fell from the scafolding in 1779 and, due to injuries, could not personally observe the progress of work, the architect Fedor von Baur observed the construction. Also in the project of the theater was a theater artist Ludwig Philip Tishbein.

The massive theater building had a modestly decorated facade, decorated with Doric pilasters. The windows of the first floor were marked with castle stones with masks. On both sides of the attic were marble statues of Diana with a doe and Latona, the mother of Apollo. Fronton was adorned with a statue of Minerva from Carrara marble. In one hand, the goddess held a metal spear, which served as a lightning rod, in the other - a shield with the Italian inscription Vigilando quiesco ("Resting, I continue to watch)."

The theater opened in 1784 and in 1802-1805 was rebuilt according to the project of Thoma de Thomon, for which the architect received the title of court architect. He increased the volume of the building, built on the side of the main facade an ionic portico with a pediment in the style of high classicism. The theater received a rich interior decoration.

In 1811, the theater burned down. Two years later, examining the theater after the fire, Thoma de Thomon fell from the wall and died from his injuries.

The Bolshoi Kamenny Theater was restored in 1818, it became a landmark of the Northern capital. A grandiose building with an eight-columned portico can be seen in many drawings and lithographs of the Pushkin era. It was in this theater that Eugene Onegin went.

In the years 1835-1836, the theater underwent another reconstruction, designed by architect Albert Kavos - the audience was expanded, the stage was re-equipped.

In 1886, the Bolshoi Theater was closed, the building was demolished and by 1896 it was rebuilt into the modern building of the St. Petersburg Conservatory according to the project of the architect Vladimir Nicolas. The walls and foundation of the theater were included in the new building.

In 1912, according to the project of Traugot Bardt, the building of the conservatory was expanded, the Great Hall was rebuilt, the facades received a more restrained design. The tsar’s entrance was separated by columns of an ionic order and a triangular pediment. In the internal field of the pediment (tympanum) - two molded female figures with lyres.

In this form, the building has survived to this day. Currently, it is under restoration and is closed by scaffolding.