Immersion into the Age of Peter the Great 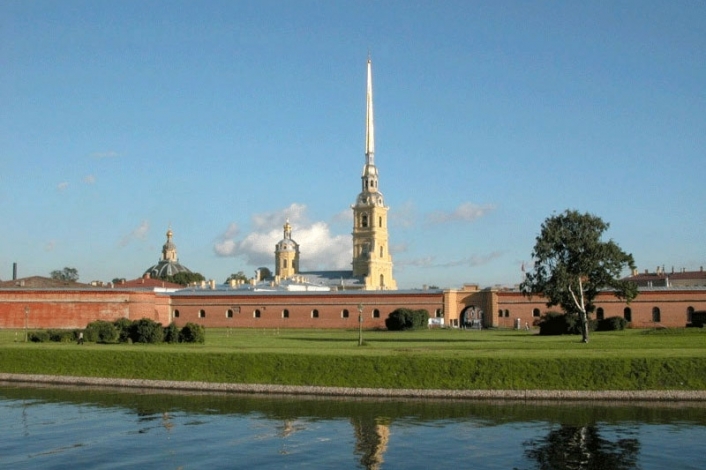 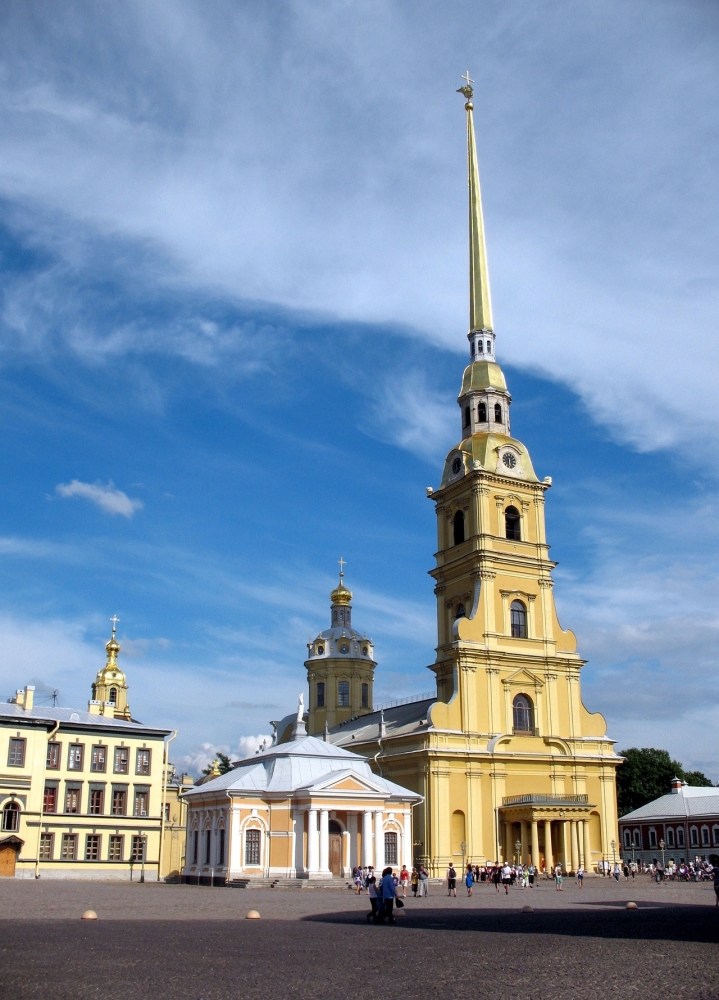 The Peter and Paul Fortress was put on May 27, 1703. According to the legend, Peter I himself chose a place for new fortress – the small Hare island (in Finnish – Janisaari), located in the Neva River estuary. The citadel in the form of a six-pointed star was constructed according to the project made by the French engineer Zh.G. Lamber with the participation of the tsar.

Six curtains connect six powerful bastions, called after the associates of Peter I. The defense system from the West and the East is closed by Ioannovsky and Alekseevsky ravelins. Two bridges — Ioannovsky and Kronverksky - connect the Hare Island with Petrogradsky. On October 1, 1703 fortress was consecrated. On the Monarchic bastion the Andreevsky colors were hoisted, on ramparts three hundred tools were installed.

On June 29, 1703 in the center of the Peter and Paul Fortress small wooden church for the sake of apostles Pyotr and Pavel, on which place in 1712-1732 built a stone cathedral, was laid. Its height is 122.5 meters, the forty-meter spire is crowned with the figure of a flying angel. More than 8 kilograms of red gold was spent on the spire.

From 1731 to 1858 Peter and Paul Cathedral had the status of the cathedral temple of the capital, then was ranked as court department. The cathedral served as a tomb of reigning House of Romanovs. Here the Russian emperors and empresses from Peter I to Nikolay II, except for Peter II and Ioann of VI, are buried.

Within the XVIII-XIX centuries in the territory of fortress buildings and constructions of different function were built: Botny house, Artillery, Mint, Commandant's and Engineering house, and also guardroom and others.

In the XVIII century fortress became a jail of the state criminals, in XIX — the main political prison of Russia.

At the times of emperor Alexander I at the beginning of the XIX century fortress was for the first time open for visitors. In 1924 Trubetskoy's prison of a bastion turned into the museum. In 1954 the complex of buildings of the Peter and Paul Fortress was passed to the State museum of history of Leningrad (St. Petersburg).

Nowadays on the territory of Peter and Paul Fortress the main exhibition complex of the State Museum of the History of St. Petersburg is located. It includes the Peter and Paul Cathedral, the Grand Ducal Tomb, the Church House, the Botny House, the Commandant's House, the Engineering House, the buildings of the Trubetskoi Bastion Prisons, bastions, curtains, ravelins and other buildings and structures. Visitors will also be attracted by the bronze sculpture of Peter I by Mikhail Shemyakin.

There are various excursions around the fortress, including: sightseeing tour; the history of Petersburg-Petrograd in 1703-1918; tour of the exposition of the Commandant's House; excursion to the Belltower of the Peter and Paul Cathedral "Three centuries above the city"; "The street of time" in the Engineering House; a sightseeing tour of the Museum of Astronautics and Missile Technology.