Monument to the brave soldier Schweik 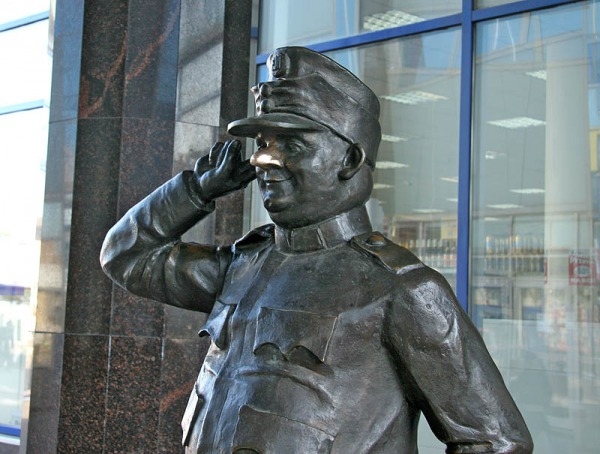 On April 11, 2003, on Balkanskaya Square, near the Balkansky shopping center and the Kupchino metro station, a bronze monument was erected to the Brave Soldier Schweik, the protagonist of the novel by the Czech writer Jaroslav Hasek. The place for the monument was not chosen by chance - Yaroslav Gashek Street starts just from the Balkan Square.

The height of the sculpture is 160 cm, because this is exactly how tall the soldier Schweik was in the novel. With his right hand, he salutes, and the left with a beer mug is hidden behind his back. The facial expression is typical for this character, simple-minded but cunning, and the nose is polished to a shine. This is because the monument has become a local celebrity - residents of the area and guests of Kupchino believe that if you make a wish and rub Schweik's nose properly, you will be lucky.

Although Kupchino is not a tourist area, there are a lot of tourists at this station, because trains run from the Kupchino railway station to Pushkin and Pavlovsk.