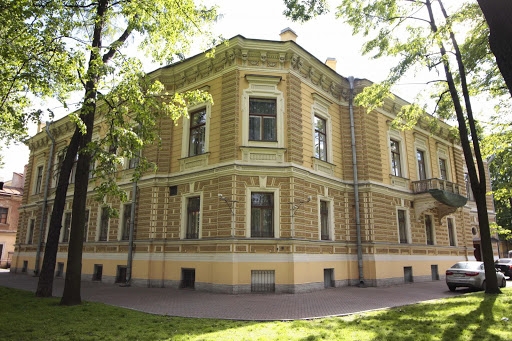 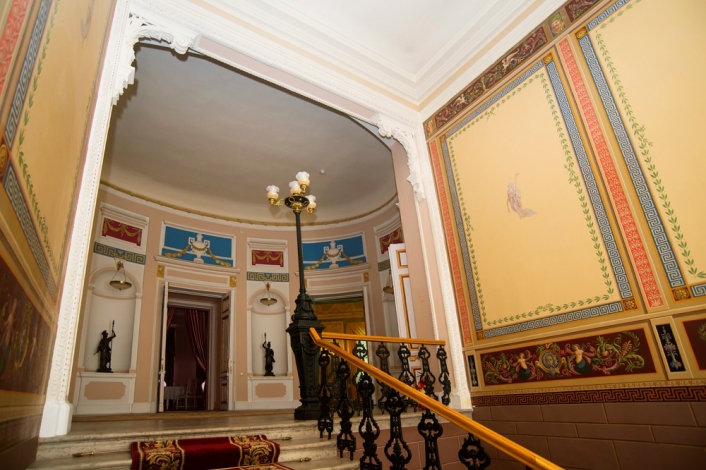 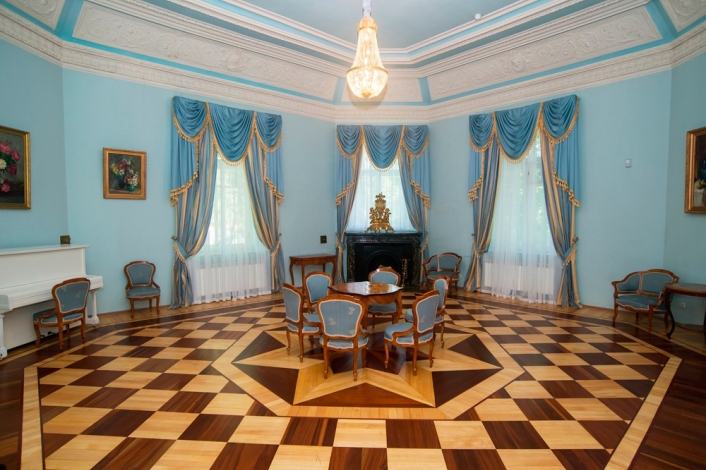 The two-storied mansion is located next to the Mikhailovsky (Engineers') Castle, on the territory of the former third Summer Garden, which in the first half of the 19th century was cut down and turned into a parade ground.

The house belonged to the Minister of War, Count, General-Field Marshal Dmitry Alekseevich Milyutin. Military reform, conducted under his leadership in the 1860-1870's became the largest transformation of the entire military system of the country after the reforms of Peter I.

The decision to build the mansion was made in 1872. The building was designed by Rudolf Bogdanovich Bernhard. In the creation of interior decoration architect O. G. Gippius took part.

Count Milyutin had a large family, so the layout of the house was designed to give the owner the opportunity to combine work with home life. The first floor of the house was intended for the office of the minister, there were also living rooms of the D.A. Milyutin family. On the second floor, there were 16 main rooms. In the attic, which looked out into the courtyard, were the rooms of the valet and the butler.

This was the house of the Minister of War and remained until the revolution. From 1917 until 1925, the mansion was occupied by the engineering department of the Petrograd Military District. During the Great Patriotic War, the building was badly damaged. The part of the interior decoration of the mansion was irretrievably lost. During the postwar reconstruction, the artistic painting of the walls of the grand staircase and the fabric upholstery of the walls of the main halls of the second floor disappeared. But even what remains for today, gives an idea of the richness of the decoration and the taste of the architects.

Since 2013 the hotel "The Mansion of the War Minister" is located here.