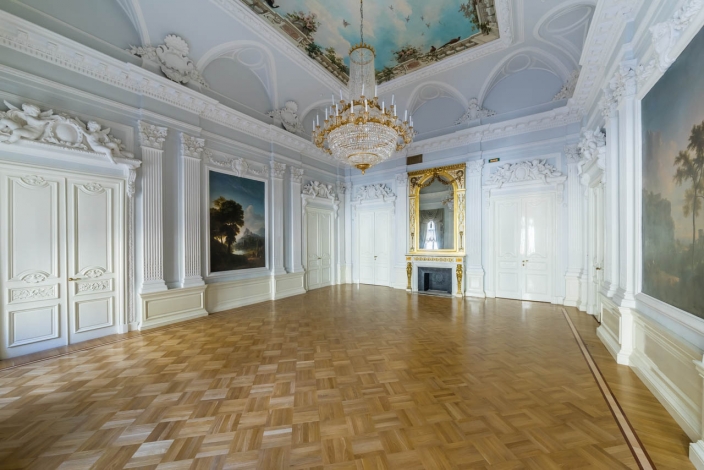 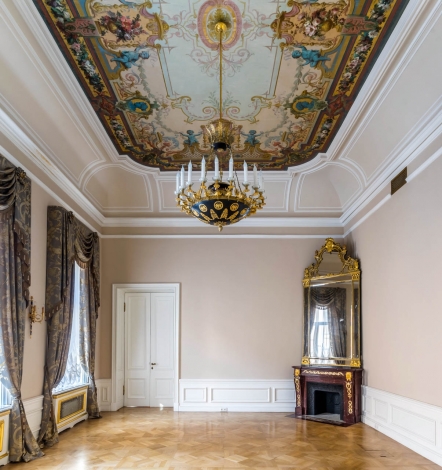 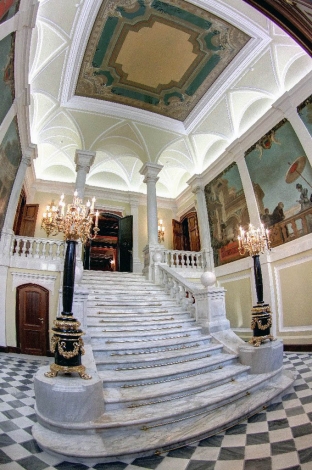 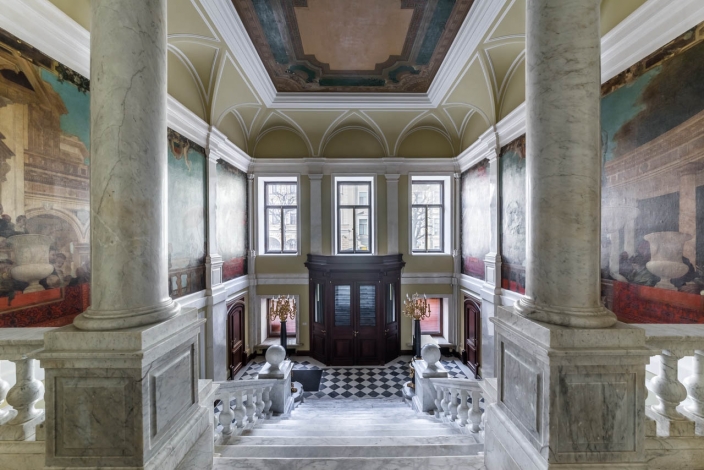 The mansion on the corner of Tchaikovsky and Druskeniksky Lane has an extraordinary story. Initially, this site belonged to Abram Petrovich Hannibal, known as "the arap of Peter the Great." In 1780, a one-story mansion was erected for him, which in 1781 was inherited by the sons Peter, Osip and Ivan Hannibaly. Ivan Abramovich Hannibal was an outstanding military man, the hero of the Battle of Navarino and the Battle of Chesme, the builder of the fortress and the city of Kherson.

After the death of Ivan Hannibal, the house changed hands several times, until in 1855 it was bought by Prince Pyotr Nikolaevich Trubetskoy. For the new owner in 1856, the mansion was rebuilt according to the project of the architect G.A. Bosse.

Bosse significantly expanded the house, a portico appeared on the elongated facade, a huge arched window decorated the side facade, and a glass volume appeared on the side of the courtyard at the level of the second floor, resembling a greenhouse. The abundance of windows and the interior with a large number of mirrors is a tribute to the rococo, the beloved style of Princess Elizabeth Trubetskoy, who arranged lavish social events in the mansion.

In the mid-1870s, the new owner of the site was Vasily Lvovich Naryshkin, a collector of art, a descendant of the famous family of the Naryshkins, to whom the mother of Peter I belonged. In 1876, the mansion was rebuilt again according to the project of the architect R.A. Gedike. Under the Naryshkins, caches and secret passages appeared in the mansion.

After the revolution, the Foundry Food Office occupied the house; they managed to save the interiors and property of the Naryshkins; the collection of Vasily Lvovich was transferred to the Hermitage and to the Russian Museum. Then there was an art school, a district committee of the CPSU of the Dzerzhinsky district of Leningrad and, finally, residential apartments.

In 2009, the mansion passed into private hands, and the reconstruction of the historic building began. At the end of March 2012, in one of the secret rooms, the builders discovered a treasure left by the Naryshkins, who had left abroad in 1917. Experts consider this treasure the largest in the history of the city, it has 2168 items, including several large services with the emblem of the Naryshkins. Today, the most interesting objects can be seen in the Konstantinovsky Palace.

Currently, the Trubetskoy-Naryshkin mansion is an event area with 8 halls ranging in size from 20 to 150 square meters. m. Halls are rented for banquets, weddings, photo shoots, corporate and business events. Guided tours are conducted around the mansion.