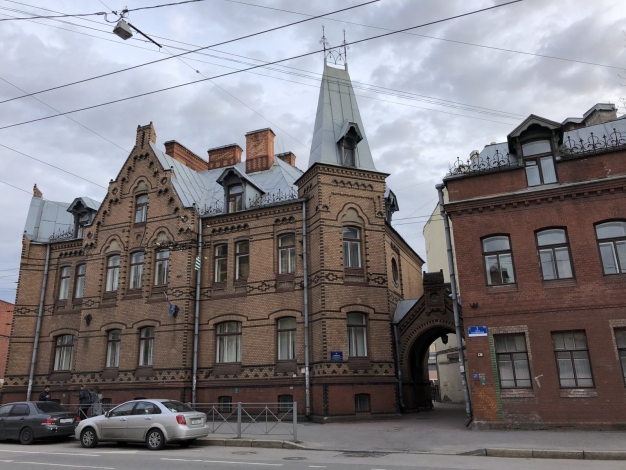 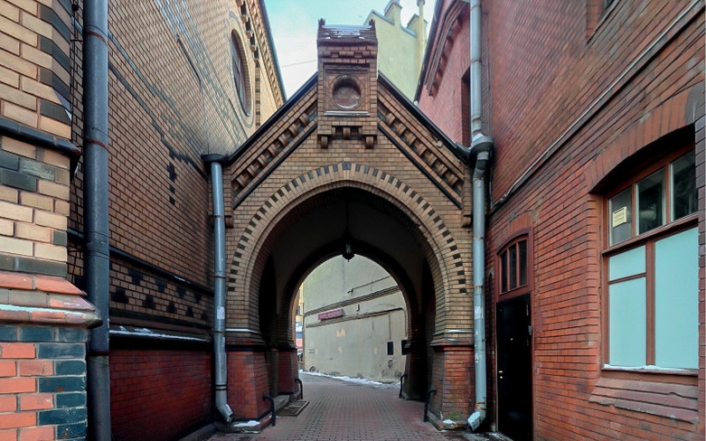 The two-story mansion, reminiscent of a medieval castle in miniature, was built in 1897-1899 according to the project of architect K.K. Schmidt for Wilhelm Tees, co-owner of the wool, spinning mill “Bush, Tees and Co.” To the right of the mansion, connected to it by an arch, stood a one-story outbuilding, which housed a warehouse of goods from the Tees factory.

The house is built in the style of modern brick. The original and romantic look is given to it by the pointed completion of the roof and arches (tongs), the forged roof parapets, and the intricate decor of brickwork in different colors, including chimneys.

Since two families were supposed to live in the house, the layout of both floors was thought of almost the same. The building has two identical twin rooms on the first and second floors. The interiors are partially preserved. The main staircase, illuminated through a round window above the arch and a high "Gothic" opening from the courtyard, is fenced with a lattice of round curls. The rooms were heated with tiled stoves, the ceilings were decorated with stucco molding.

In 1913, engineer V.A.Barry, owner of a construction office, settled in the house. According to his own project, the outbuilding was built on the second floor and turned into a residential building.

Today in the Tees mansion the institution of "Federal Highway Administration" is located.