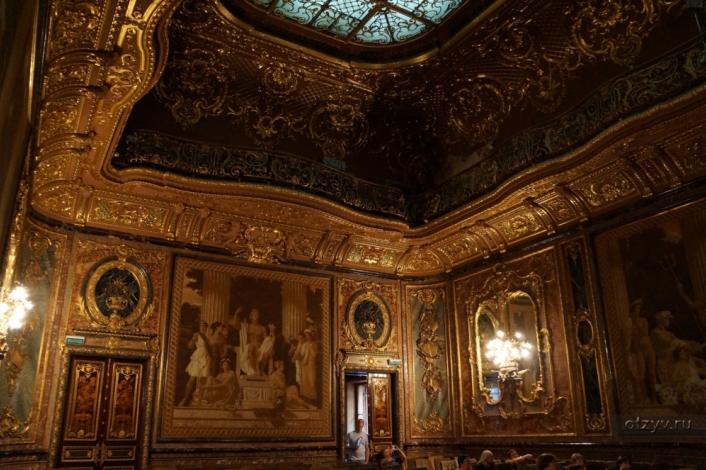 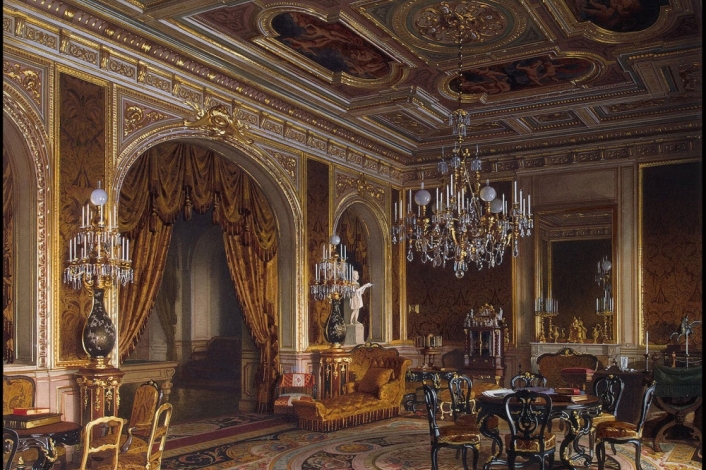 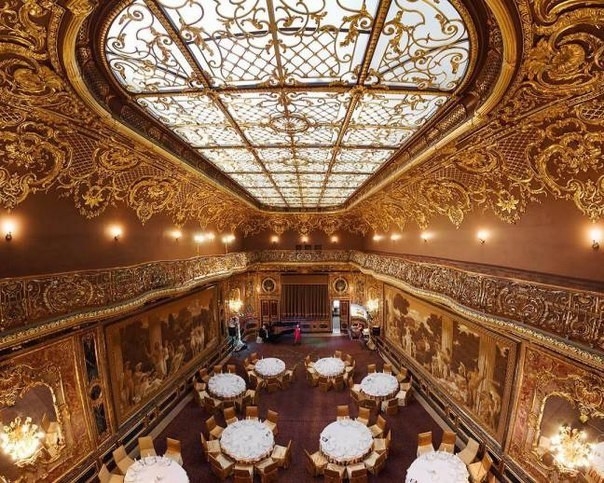 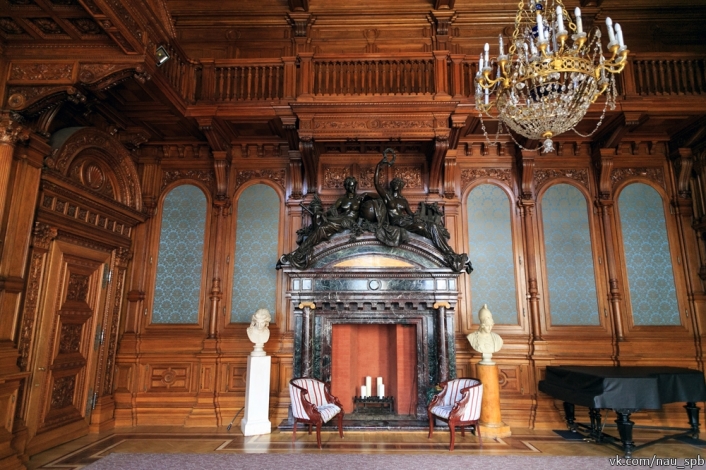 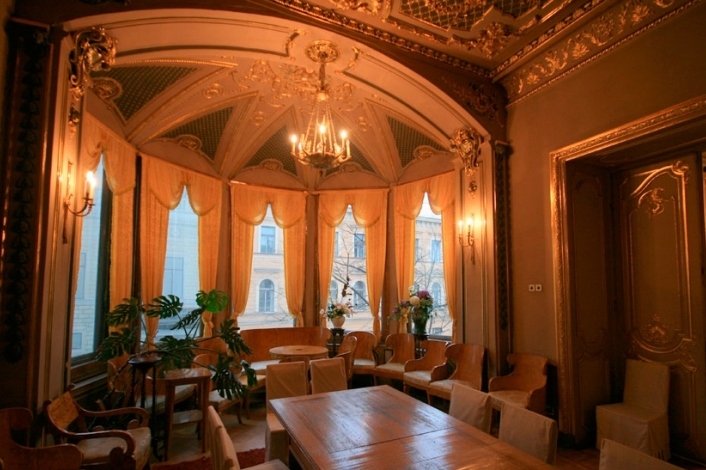 Excursions around the main halls: on Sundays at 12.00. Ticket price: 400 rubles.

The mansion on Bolshaya Morskaya Street was owned by a lot of people: in the 1770s it was owned by G.I. Golovkin, since 1785 - by General Levashev, in the early 19th century the house belonged to the Pashkovs, Danaurovs, and Tolstoys. In 1835 the new owner of the mansion, the chefmeister of the Imperial Court S.S. Gagarin began its reconstruction. Architect A.Kh. Pel finished the facade in the features of late Russian classicism and added the half-round bay window that was only coming into fashion.

In the early 1860's, the mansion passed into the ownership of the senator, chairman of the Russian Historical Society – A.A. Polovtsov. For the Polovtsov family, magnificent parade interiors were created in the mansion, most of which can be still seen now. The interiors were done by Yu. A. Bosse, NF. Bryullov, M.E. Messmacher.

Particularly distinguishing are the White, Bronze and Oak Halls, a dining room, a living room, a library, a boudoir with a bay window. Of great artistic interest are carved doors, choirs with balusters and a magnificent marble fireplace.

In 1932 the building was transferred to the Union of Architects. Today, Architectural competitions, creative meetings, public discussions of town-planning projects, exhibitions and concerts take place in the Architect's House.