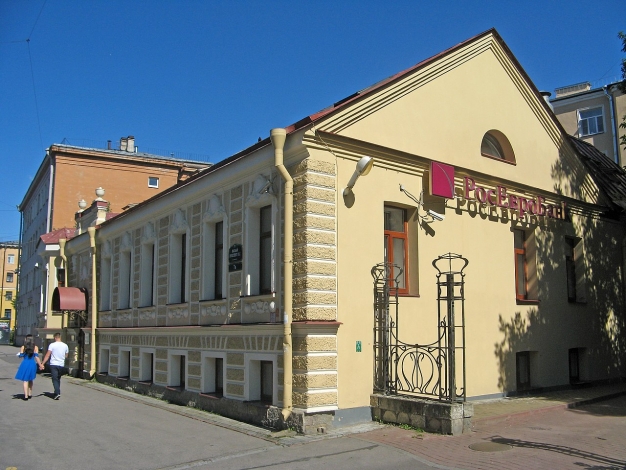 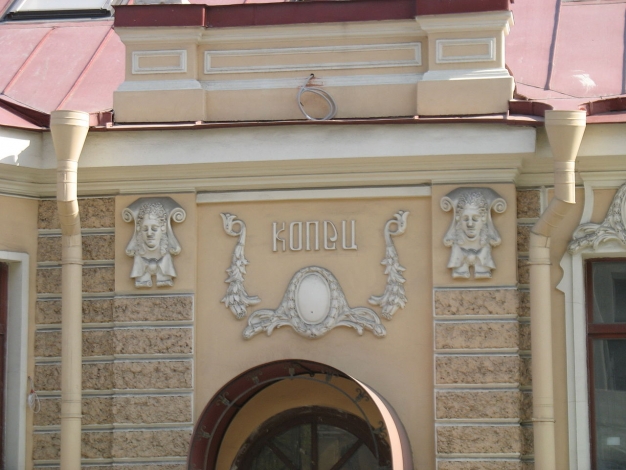 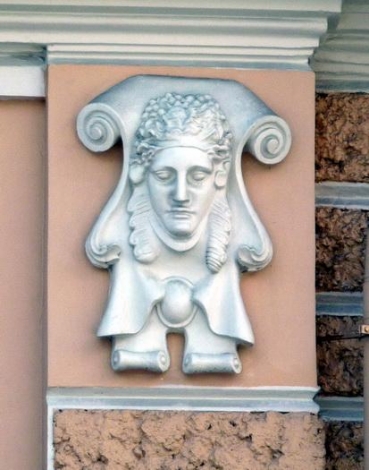 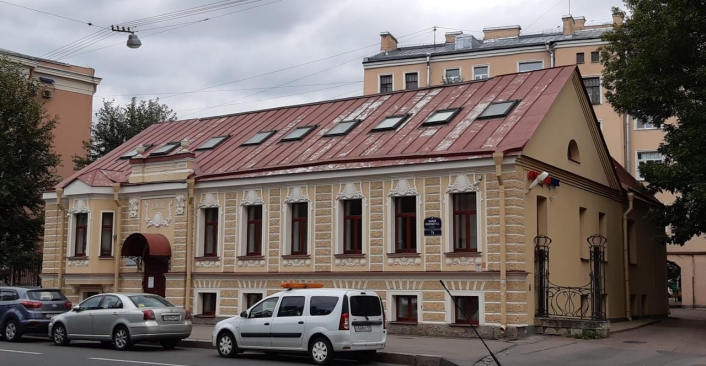 A small mansion at the beginning of the Malyi Avenue of the Petrograd Side attracts attention with the strange word “Kopec” on the facade. In fact, this is the name of the owner of the house, the wife of the state councilor, Anastasia Nikolaevna Kopec (emphasis on the first syllable).

The first mansion on this site appeared in the 1860s, when on the Petersburg (Petrograd) side they were allowed to build stone houses for private individuals - from the middle of the XVIII to 1861 it was forbidden. The two-story building, richly decorated with stucco molding, with an outbuilding and a mezzanine belonged to the merchant Alexei Timofeevich Dylev. The architect’s name didn’t reach us; according to one version, it could be Professor Hippolyt Monighetti, who had already built a mansion on the Obvodny Canal for the father of the customer, the famous sculptor and sculptor Timofey Dylev.

The house changed hands several times. In the 1880s, a house of tolerance was located in one of the apartments.

In 1903, the mansion was acquired by Anastasia Nikolaevna Kopec, and in 1909 the house was rebuilt according to the project of engineer Pavel Konstantinovich Lezhoev. The building was expanded, the facades were given a more restrained design. During this period, the name of the owner appeared over the main entrance.

From 1917 to 1928, a religious and philosophical Sunday group gathered in the former Kopec mansion in the apartment of Ksenia Polovtseva to discuss the interaction of power, politics and religion with the motto “Christ and Freedom”. The founders of the circle were philosophers Alexander Meyer and Georgy Fedotov. At the end of 1928, arrests began, many members of the circle were repressed on charges of counter-revolutionary activity - including local historian Nikolai Antsiferov, orientalist Nina Pigulevskaya, and literary critic Mikhail Bakhtin.

From the late 1990s to the present, the building has been occupied by RosEuroBank.