classicism with elements of baroque and neo-Renaissance 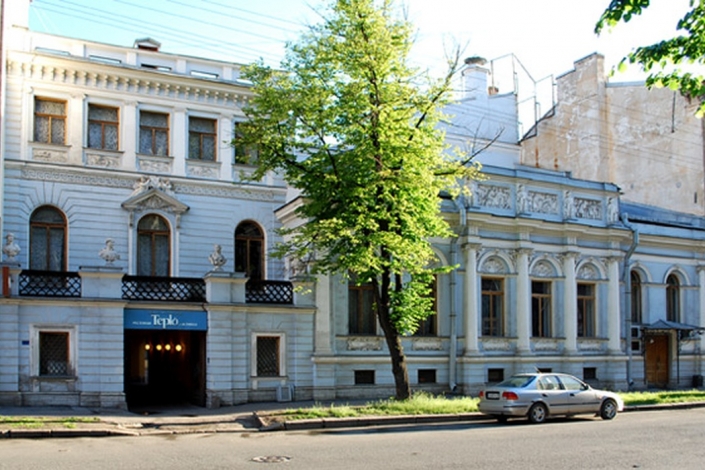 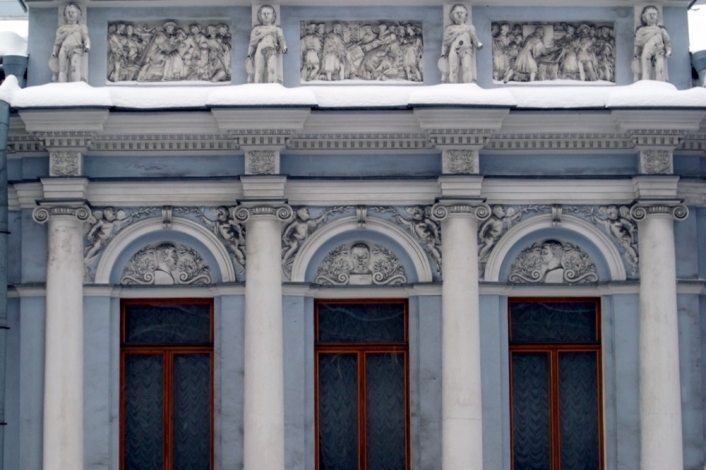 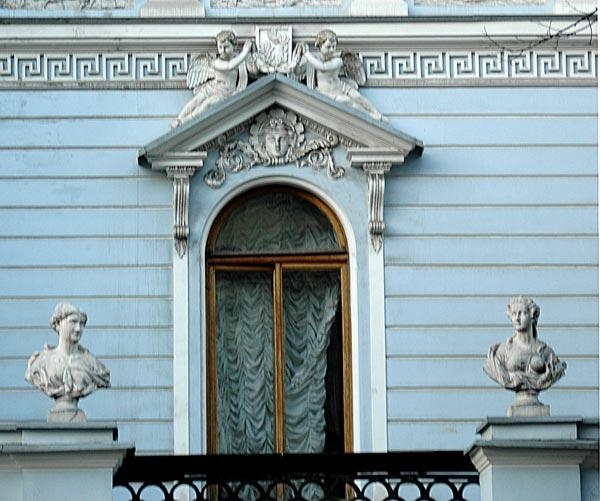 The first stone house was located on this site since the early 1740s. At the end of 1834, the site was purchased by the architect Auguste Montferrand, who developed a project for the restructuring of the building, and in 1836 sold the house along with the project of reorganization to the owner of the neighboring house 43 on Bolshaya Morskaya street, P.N. Demidov

In 1836 the house was rebuilt and acquired a rather unusual appearance. It consists of two buildings - one-storeyed in classical style with baroque elements and adjoining three-story, reminiscent of Italian Renaissance villas.

Both buildings are richly decorated with sculptural decor: the decorative reliefs of the three-story building depict the stories of Lafontaine's fables, and the attic of the one-story building is devoted to subjects from the history of art: Leonardo da Vinci, Michelangelo, Titian.

In 1873, the son of P.N. Demidov sold the mansion to Princess V.F. Gagarina, in 1873-1874, according to the project of M.E. Mesmacher interiors were re-decorated. Until now, marble and carved fireplaces, panels of oak and walnut, the lobby with oak panels and a white marble staircase and a large hall with an oak gallery are preserved.

The house belonged to the Princess Gagarina till 1918. Today, the St. Petersburg House of Composers is situated here.