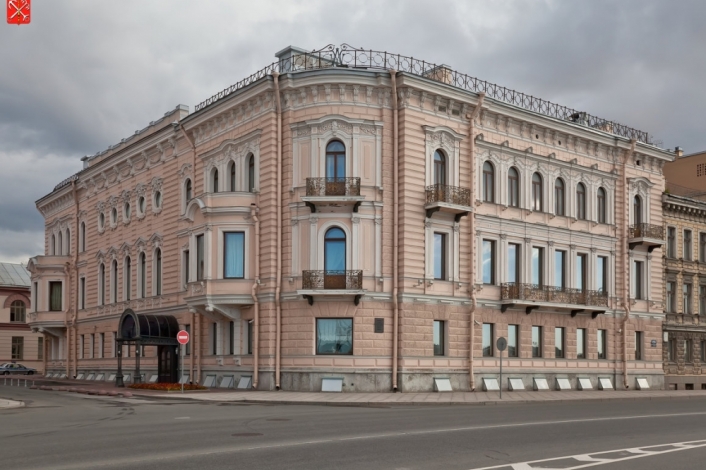 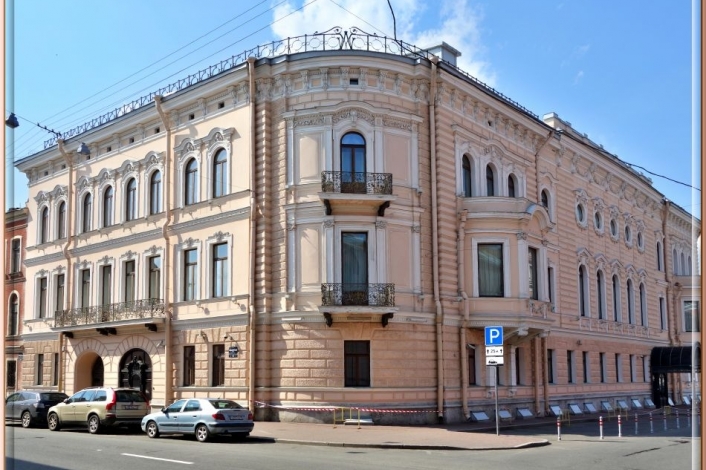 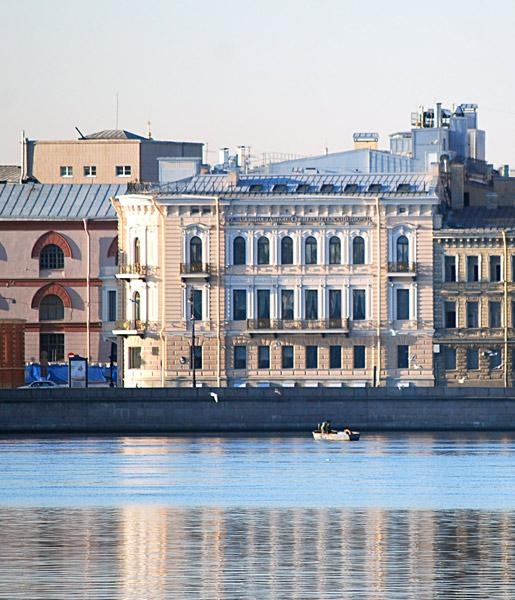 The first building appeared here in the 1780s, it was a three-story guard house of Captain-Lieutenant Kozhin. The rounded corners of the building have survived to this day. In 1798 the house was sold to the Treasury, in the first half of the XIX century there were officers' apartments.

In 1858 the house was purchased by Baron B.A. Fitingof and he rebuilt it according to the project of E.A. Tur in the neo-renaissance style. The Baron was famous at the time as an amateur composer, in the house famous musical and literary evenings in St.Petersburg were held.

Since 1883 the house was owned by Count Alexander Dmitrievich Sheremetev. After the wedding with Countess M.F. Heiden, he rebuilt the mansion, redesigning the interior decoration, which in many aspects repeated the premises of the Fountain House. As in the palace on Fontanka, the mansion was decorated with the family coat of arms and the motto of the Counts of the Sheremetevs: Deus conservat omnia (God preserves everything).

Since 1934 the Leningrad House of Writers was located here. In 1993, a fire broke out in the house, which destroyed part of the interiors. In the 21st century, the mansion passed several times from hand to hand, the interiors were restored.

Until recently, the building was the hotel Sheremetev Palace, now it is closed, and what is inside is unknown.