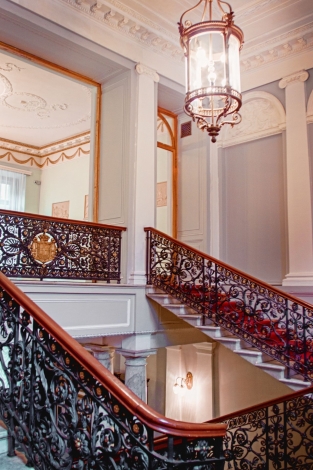 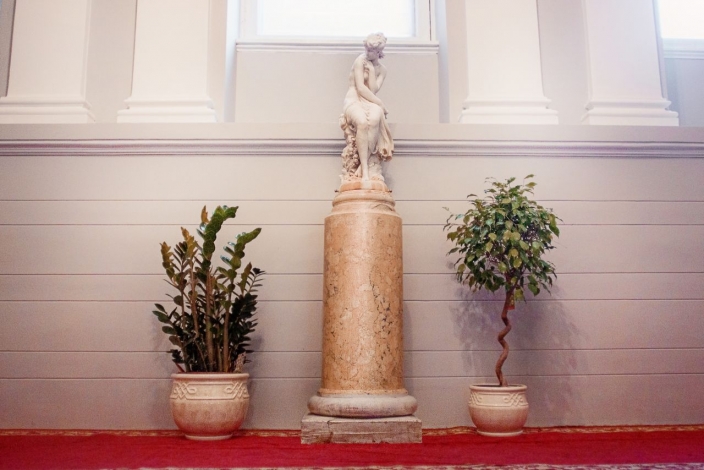 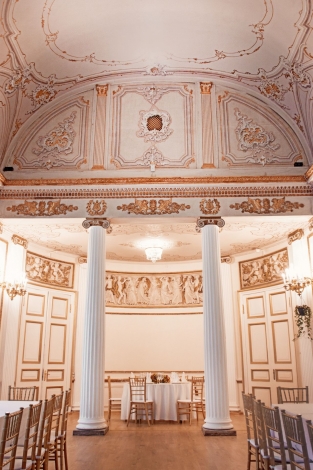 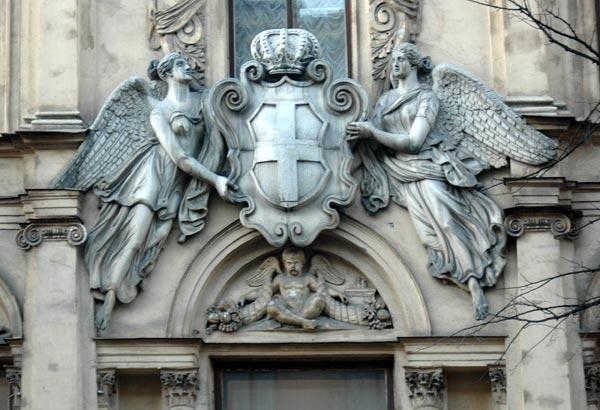 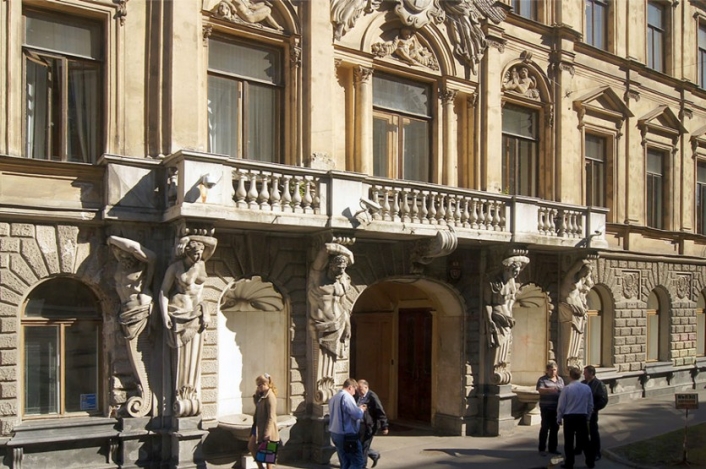 From the middle of the 18th century on this place stood a small stone merchant's house. The three-storey neo-baroque building was erected in 1835–1840 by the project of Auguste de Montferrand for the owner of the Ural factories Pavel Nikolaevich Demidov. In 1836, he bought two neighboring houses - №43 and №45 along Bolshaya Morskaya Street on the occasion of his marriage to the famous St. Petersburg beauty, daughter of the Vyborg governor, the maid of honor of the court of Aurora Shernval von Wallen.

The mansion on Bolshaya Morskaya Street, 43, was richly decorated. Its main decoration was an architectural composition with atlants and caryatids supporting the balcony. In the center of the facade above the balcony stands a bas-relief - the coat of arms of the Demidov family, surrounded by angels. The interior of the house was no less magnificent: the main hall was decorated with malachite, the others with gilded stucco and bronze, wood carving, various types of marble.

In 1875, Prince Pavel Ivanovich Liven bought the house, and after his death, the widow, the Most High Princess Nalya Fedorovna, granddaughter of the St. Petersburg military governor P.A. von der Palen, (of Palen himself who was implicated in the murder of Paul I) owned the house. In the 1870s, the house was landscaped according to the design of the architect Ivan Vasilyevich Shtrom: gas, water supply and water heating were provided here. Natalya Liven made the mansion a meeting place for Baptists — spiritual talks were held in the Malachite Hall for all comers.

In 1910, the Italian Embassy returned to the building, then it was replaced by the Consulate General of Italy, which was located here until 1957. In 1925, the Italians removed the malachite decoration of the Main Hall, but part of the stucco, frescoes and other historical details of the interiors have survived to this day.