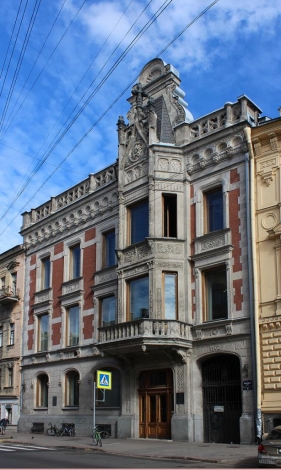 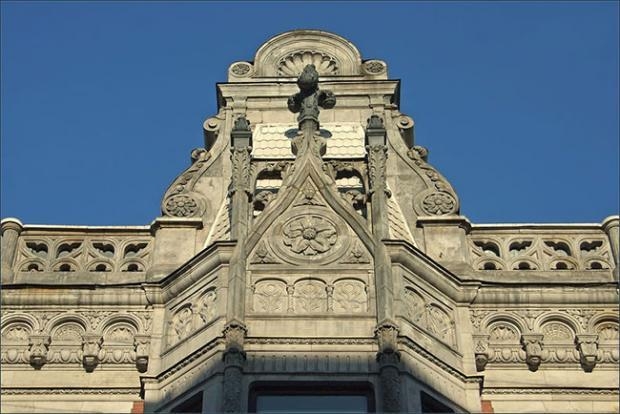 On the site of the current building of the Russian State Institute of Performing Arts in the XIX century was a three-story stone house. In 1838, in this house, which then belonged to the wife of a real State Councilor, D.P. Kvashnina-Samarina, M.U. Lermontov often visited his girlfriend, Alexandra Vereshchagina.

The house passed from hand to hand several times and was rebuilt. In 1874, this site was bought by the lieutenant’s guards Count V. A. Stenbock-Fermor. After the death of the owner, the house passed to his daughter N.V. Bezobrazova.

In 1902, on the site of an old house, they began to build a new building designed by A.I. Vladovsky. But during the construction there was a collapse of concrete arches. The commission of inquiry accused the architect of the collapse and removed him from work. Unfinished parts of the building were demolished. The architect Yu.Yu.Benoit and civil engineer K.I. Stregulin finished the construction.

The three-story building was erected on a narrow, but deep section, decorated with marble, stone and stucco. The facade is magnificently decorated with high gable in the Gothic style. On the bay window above the entrance is the family coat of arms, under one of the windows is the monogram “H” and “B”. The marble staircase is decorated with marble busts and statues.

In September 1914, the house was bought into the treasury, it housed the office of the Council of Ministers and the new institution - the General Directorate of Public Health. In the 1920s, the Polish Teachers College was located here. It trained teachers for elementary Polish schools.

Finally, in the early 1930s, the performing arts technical school was located in building on Mokhovaya, since 1962 - the Leningrad State Institute of Theater, Music and Cinematography (LGITMiK). Today it is called the Russian State Institute of Performing Arts (RGII). It is the country's oldest theatrical institution of higher education (its history dates back to 1779) and Europe’s largest scientific and educational center for the performing arts, training specialists for all major theatrical professions.