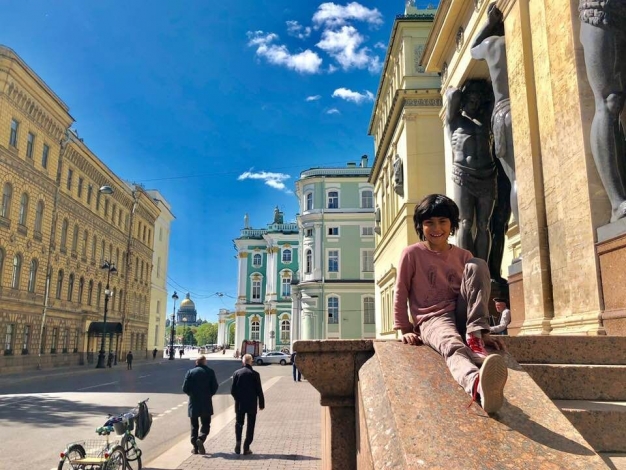 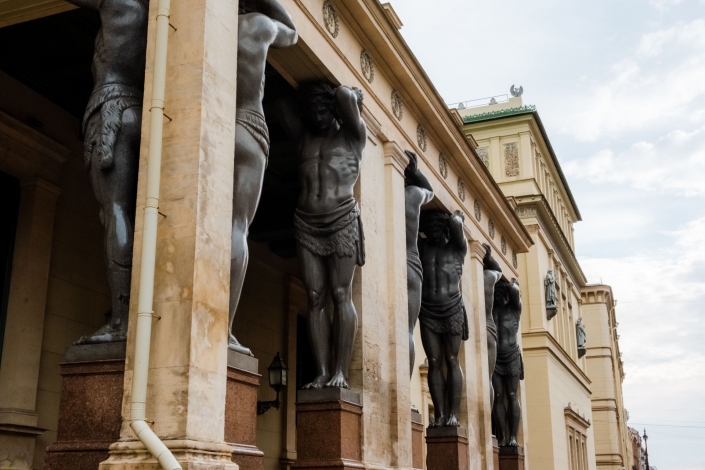 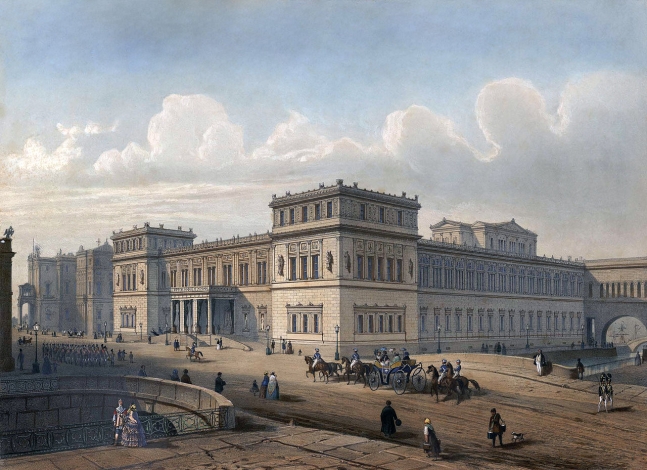 The New Hermitage, part of the museum complex of the State Hermitage, is the first building in Russia specially built for the art museum.

The museum was created on the initiative of Catherine II. To accommodate her rich collection of European paintings in 1771, it was decided to proceed with the construction of the Hermitage. The building was erected for many decades and was completed only under Alexander the First.

In 1837, the fire caused great damage to the Winter Palace, after which Nicholas I ordered the restoration of his main residence as soon as possible - by the Easter holidays of 1939. Immediately after the restoration of the palace, the question arose of building a new building for the Hermitage.

This magnificent architectural monument was erected in the years 1842–1852 according to the project of the German architect Leo von Klenze, an outstanding connoisseur of antiquity and the main creator of the Munich Hellenism style, which was called the Greek style in Russia. The facades of the building are made using antique motifs and are world famous for their portico with ten giant statues of Atlantes.

The construction of the New Hermitage was led by architects V.P. Stasov and N.E. Efimov. The sculptures supporting the balcony were made according to the sketches of L. Klenze by sculptor A.I. Terebenev. The prototype of the Atlanteans was the figures that adorned the ancient temple of Zeus in Akragant on the island of Sicily. And in the niches of the western facade and corner pavilions there are statues of artists of antiquity, as well as Michelangelo, Raphael, Leonardo da Vinci, Benvenuto Cellini, Titian, Correggio, Rubens, Rembrandt, Durer.

The grand opening of the New Hermitage took place on February 5, 1852.

In 2016, Shuvalovsky passage was opened - a through passage between Millionnaya Street and Palace Embankment between the buildings of the Small and New Hermitage. There is a separate entrance to the museum for visitors with electronic tickets.