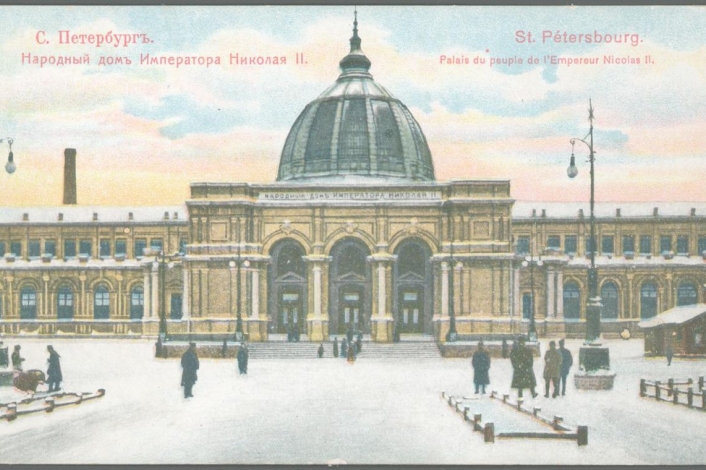 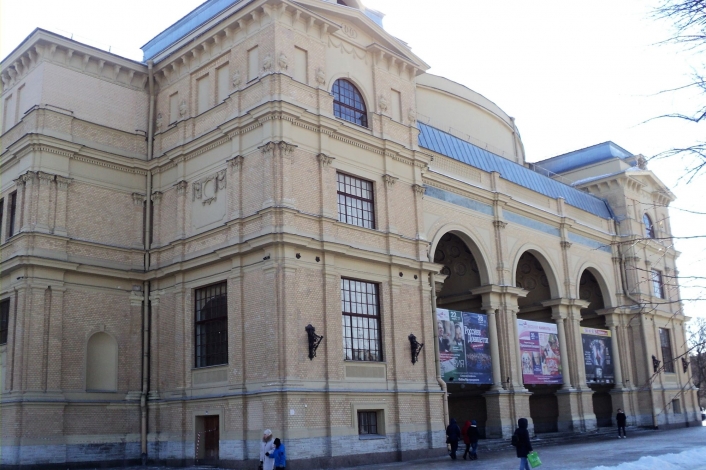 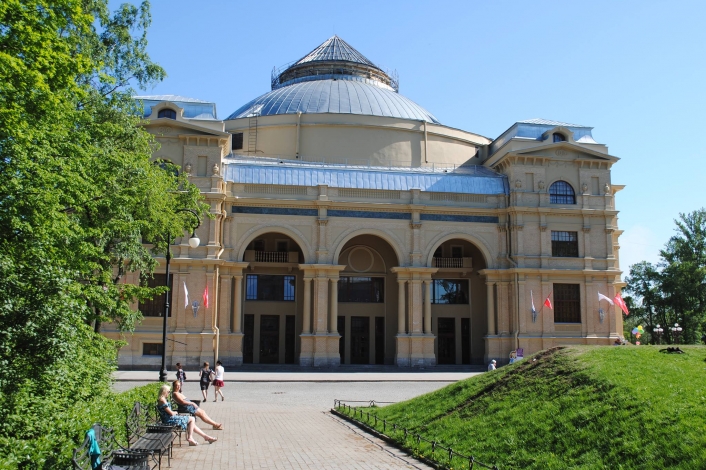 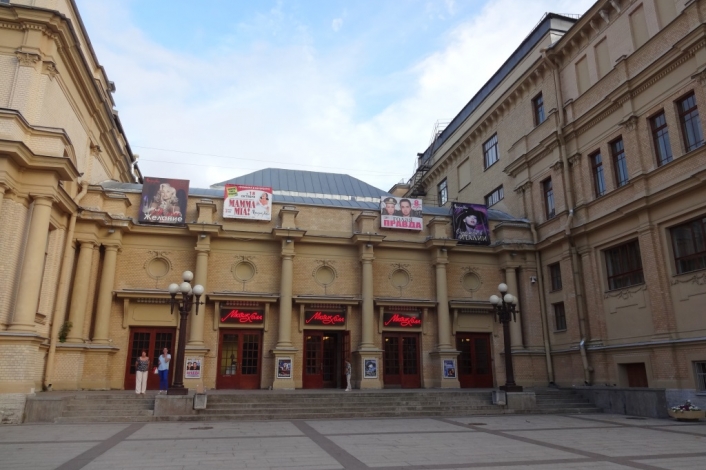 Folk houses appeared in Russia at the end of the XIX century. These public buildings included folk theaters, concert and exhibition halls, libraries with reading rooms, Sunday schools, café-tea houses and other institutions that served cultural and educational purposes.

The people's house in Alexander Park was built in 1899-1901 on the initiative of Prince A.P. Oldenburgsky, who served as chairman of the St. Petersburg City Guardianship of people's sobriety.

During the construction was used the building of one of the pavilions of the All-Russian industrial and art exhibition, held in 1896 in Nizhny Novgorod. The pavilion, with its unique cast-iron frame, was designed by architect A.N. Pomerantsev, the construction of buildings was led by G.I. Lyumedarsky.

In the center of the building complex there was a building with a central vestibule under a glass dome, on the left - the Theater Hall, and on the right - the Iron Concert Hall.

The new public building was solemnly consecrated on December 12, 1900 and named after Emperor Nicholas II. The theater opened in 1902 with Glinka's opera “Life for the Tsar” (“Ivan Susanin”).

In 1910-1911 another stage with a hall was added to the right wing, which was called the Opera Hall of the People’s House.

From 1959 to the present, the Planetarium is located in the Iron Hall, the author of the building reconstruction project is the architect R.А. Bregman.