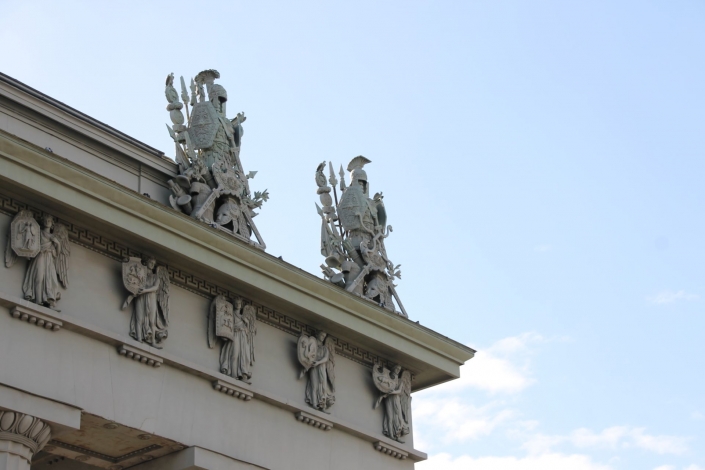 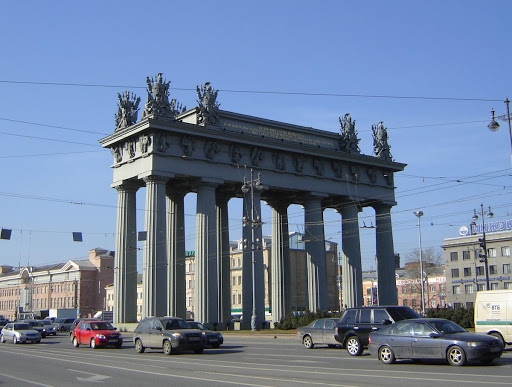 The Moscow Triumphal Gates were erected at the Moscow Outpost in honor of the victories of Russian arms in the wars with Persia and Turkey. Victories were won in the 1820s, the triumphal arch was installed in 1836-1838 by the architect Vasily Stasov and the sculptor Boris Orlovsky.

At the beginning of January 1834, the place for the construction of the gate was finally chosen - near the bridge over the Ligovsky canal (now the intersection of Moskovsky and Ligovsky avenues). In February of the same year, according to Stasov's drawing, a giant wooden shield, equal in size to the gate, was built to determine their scale. On April 20, 1834, the project of a cast-iron gate 36 meters wide and 24 meters high was approved.

The grand opening of the Moscow Gate took place (16) on October 28, 1838. They became the largest architectural structure in the world, assembled from cast iron parts. The cast-iron parts of the gate weighed over 51 thousand poods (816 tons), and the copper decor - about 57 thousand poods (912 tons).

The Moscow Triumphal Gate is designed in the spirit of an antique portico - propylae. The monument consists of 12 columns 15 meters high and more than two meters in diameter each, placed in two rows. The frieze depicts the geniuses of Slava, holding the coats of arms of the Russian provinces in their hands.

In 1936, the Moscow Gate was dismantled to be moved to a new location - they were supposed to decorate a new park (now the Moscow Victory Park). But the outbreak of the war interfered with these plans. During the days of the defense of Leningrad, the cast-iron cylinders of which the columns consisted were used as anti-tank barriers.