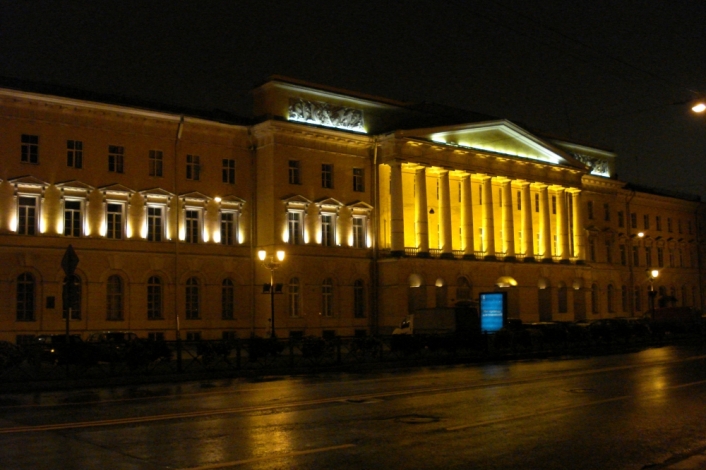 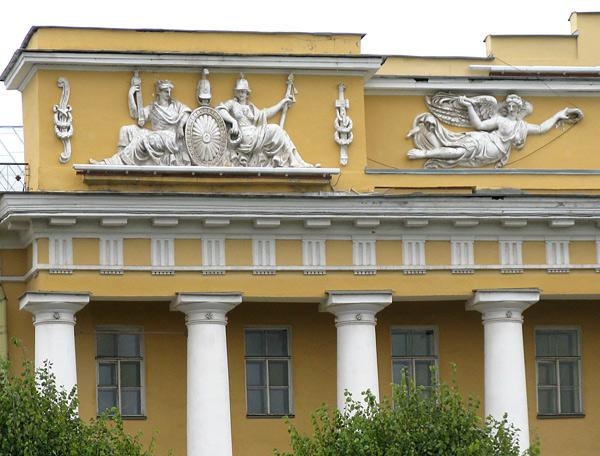 In the 1780s, the Lombard and the Educational building were erected on this site by the architect Yu.M. Felten. In 1797, the Upbringing House was transferred to the former palace of Count K.G. Razumovsky on the Moika River and the barracks of the Kexholm Regiment were placed in the building.

In 1816 the architect V.P. Stasov began to develop a draft barracks for the Life Guards of the Pavlovsky Regiment. The architect combined the existing buildings with a single facade, preserving the proportions and in part the first tier of the Felten building. Instead of the four-columned portico that united the upper floors, Stasov created a ten-column portico, added gables on brackets above the windows along the entire row of the second floor, and strengthened the pediment of the central part with a massive attic.

The barracks were opened in 1819. This monument of high classicism breathes severe majesty and sets the tone of the whole square, which served for military exercises, parades, and reviews - the Field of Mars.

From 1929 to 2010 the building of the barracks was occupied by the company "Lenenergo". Currently, it is closed for renovation, it is planned to host the hotel here.