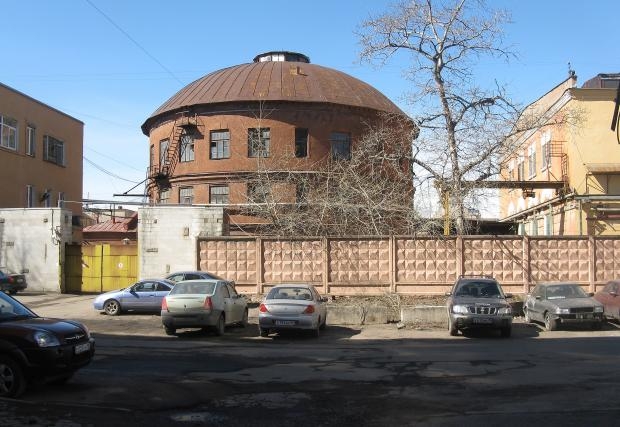 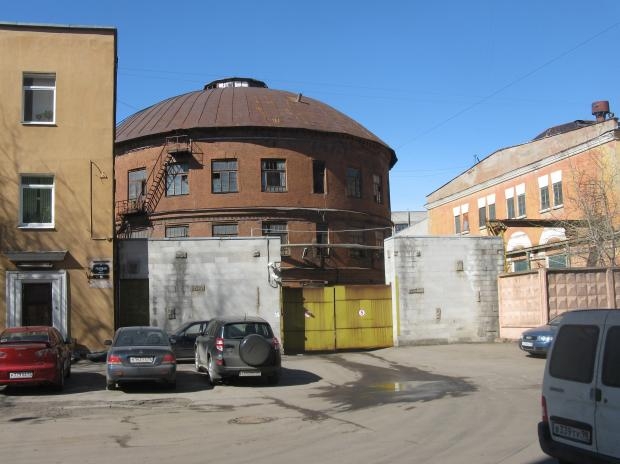 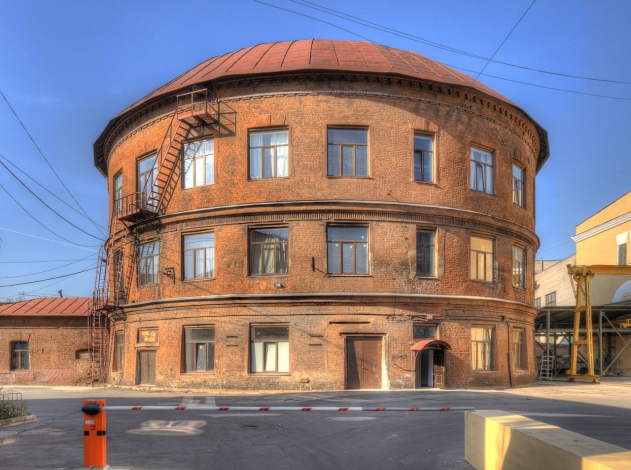 On the Petrogradskaya side there is a street with an unusual name - Gazovaya. It runs from Pudozhskaya street to the Karpovka embankment. In the second half of the 19th century, this site belonged to a joint-stock company created to illuminate the Petersburg and Vyborg sides with gas. These places were popularly called the "Gas Wasteland".

The gas plant here was opened in 1877 and belonged to a French joint stock company. A round brick building under a domed roof has survived to this day - a gas tank, erected in 1900-1902. designed by engineer Vasily Korvin-Krukovsky.

Later, the gas tank belonged to the Baltic Elevator Company, and in the 1930s it was rebuilt for production purposes - overlapping was erected inside to accommodate workshops. Obviously, windows appeared in it at the same time.

Today this territory belongs to the Stilkon company, there are gyms, schools and classes.