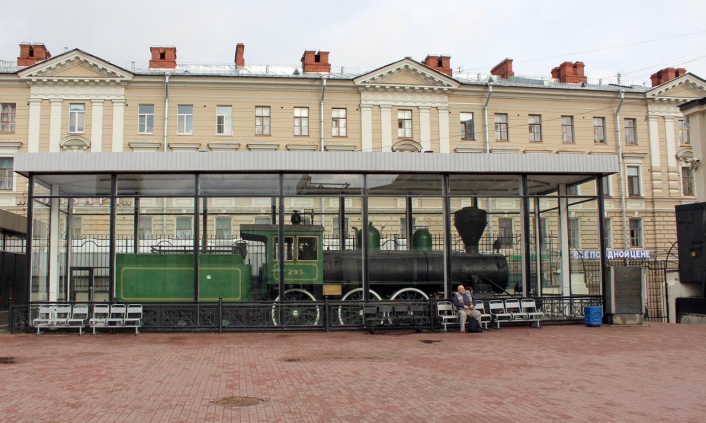 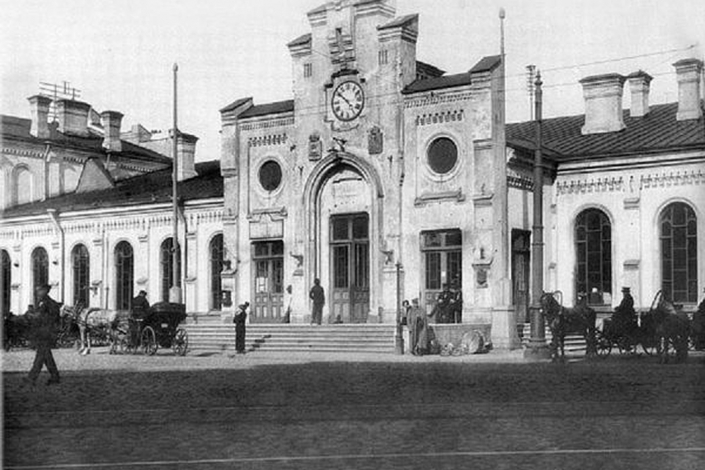 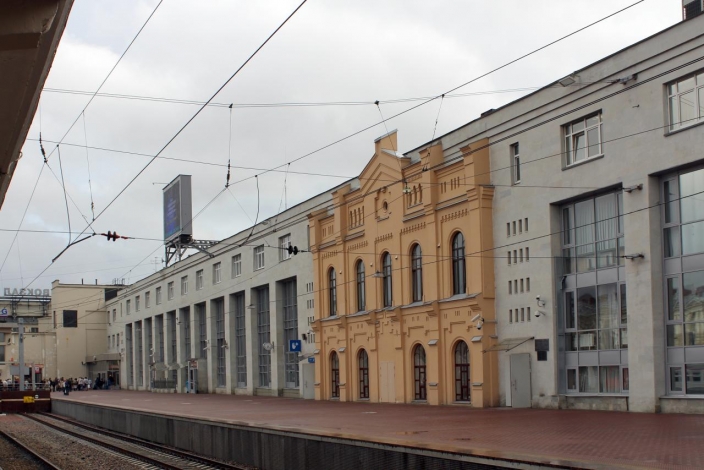 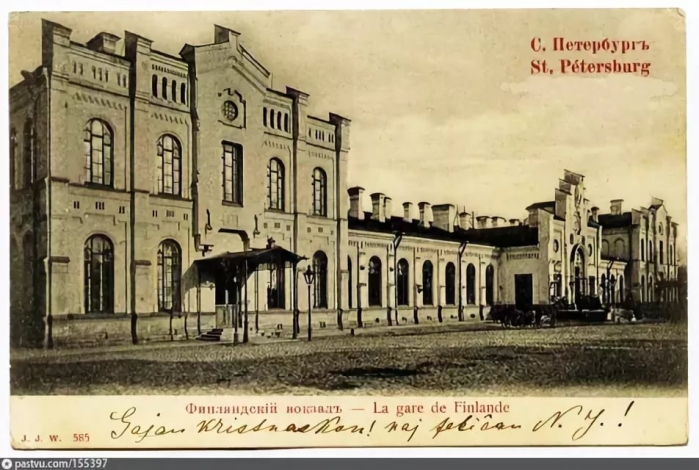 The first station building was erected in 1870 on Simbirskaya Street for the Finland Railway. The railway connecting Petersburg and Finland was built in 1862-1870. The station in St. Petersburg was built jointly by architects of Russia and Finland: the building project was developed by the Russian architect P.S. Kupinsky, and the decoration of the interiors was performed by the Finns V. Westling and P. Degener. The one-story building was simple and very modest.

Finland Station is known in connection with the revolutionary events and the name of V.I. Lenin, who repeatedly returned here from exile. In the glass pavilion near the platform there is a historical steam locomotive No. 293, on which Lenin left Petrograd on August 9, 1917, hiding from the persecution of the Provisional Government, and returned on October 7 to lead the October Revolution. In 1957, the Finnish government donated the steam locomotive to the Soviet Union, and in 1961 it took its place at the station.

The station was the only one operating during the years of the blockade: the Road of Life began here. In memory of this, in 1973, the first of 56 kilometer-long memorial pillars was installed on the platform.

In the 1950s, a new modern station building was erected, facing the Neva. It was opened on June 4, 1960. Seventeen glazed vertical openings cut through the plane of the facade; sculptural reliefs on the themes of the 1917 revolution are located above them. A rectangular clock tower stands out in the center of the building, its height is 16 meters, not counting the 30-meter spire crowned with a star.

In the 1970s, almost all the side buildings of the old station were dismantled, except for the central risalit, which was included in one of the new buildings. This fragment of the old building is protected by the state as a historical monument.

A number of mystical coincidences connected with the name of V.I. Lenin are connected with the Finland Station. Thus, the construction of the Finland Railway was completed in 1870, the year the leader of the revolution was born, and the historical name of Komsomol Street, on which the station is located, is Simbirskaya. As you know, in the city of Simbirsk (now Ulyanovsk) V.I. Lenin was born.

Suburban trains depart from the station to the resorts of the Karelian Isthmus, the Lastochka train to Karelia, as well as the high-speed Allegro long-distance trains with the St. Petersburg - Helsinki link.