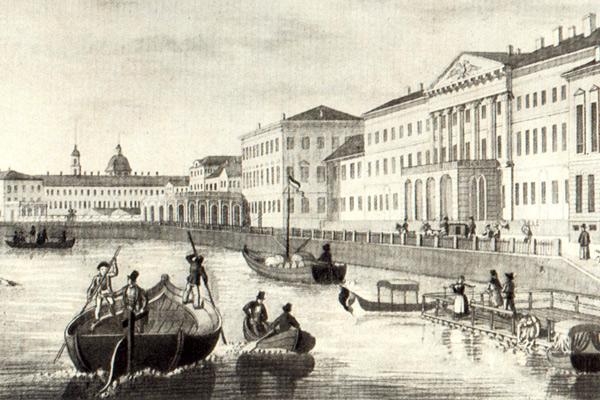 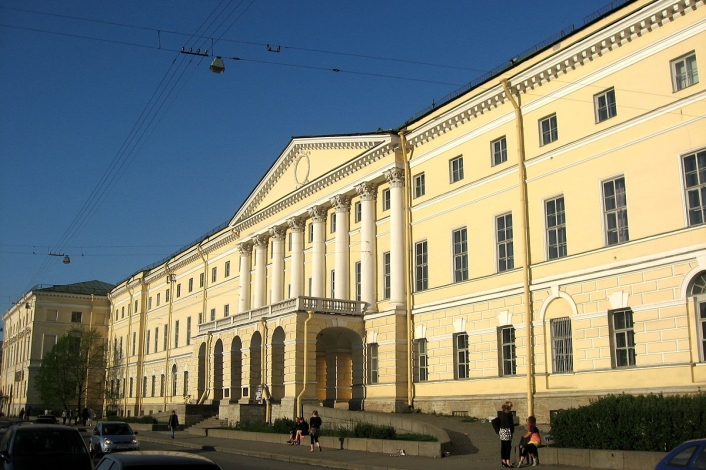 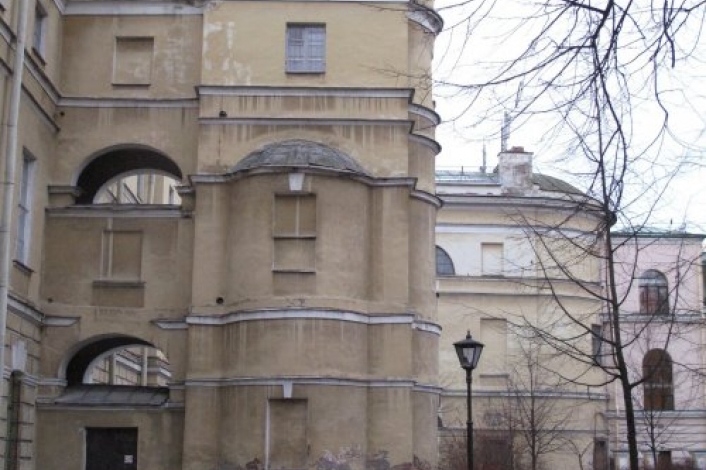 The building of the Catherine Institute occupies a site on the bank of the Fontanka River, which was first built in the late 1710s. Here a palace for Peter I's wife Ekaterina Alexeevna, named Italian, was built.

Under Paul I it was decided to place a military orphanage in the building, and four years later the emperor gave it to a new women's institution, the Catherine Institute of Noble Maidens. Here the children of the poor noblemen were accepted. Girls from the better-off families were taken to the Smolny Institute.

The existing structure by that time became dilapidated, it was demolished. In the vacated place in 1803-1807, a new building was constructed by the project of Giacomo Quarenghi. The center of the building, which stretches along the Fontanka, is accented with an eight-columned portico and is completed by a triangular pediment. The internal layout is strict, as befits the institution of noble maidens. In the northern wing as per Quarenghi, the church of St. Catherine was placed.

After the war, the restored building was handed over to the State Public Library by the name of M.E. Saltykova-Shchedrin (Russian National Library). Newspapers are represented here, starting from 1728 to the present day. The concert hall of the library is now located in the church building.