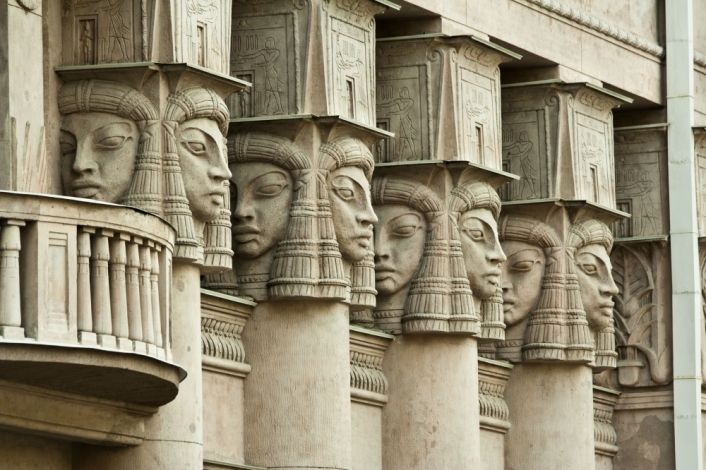 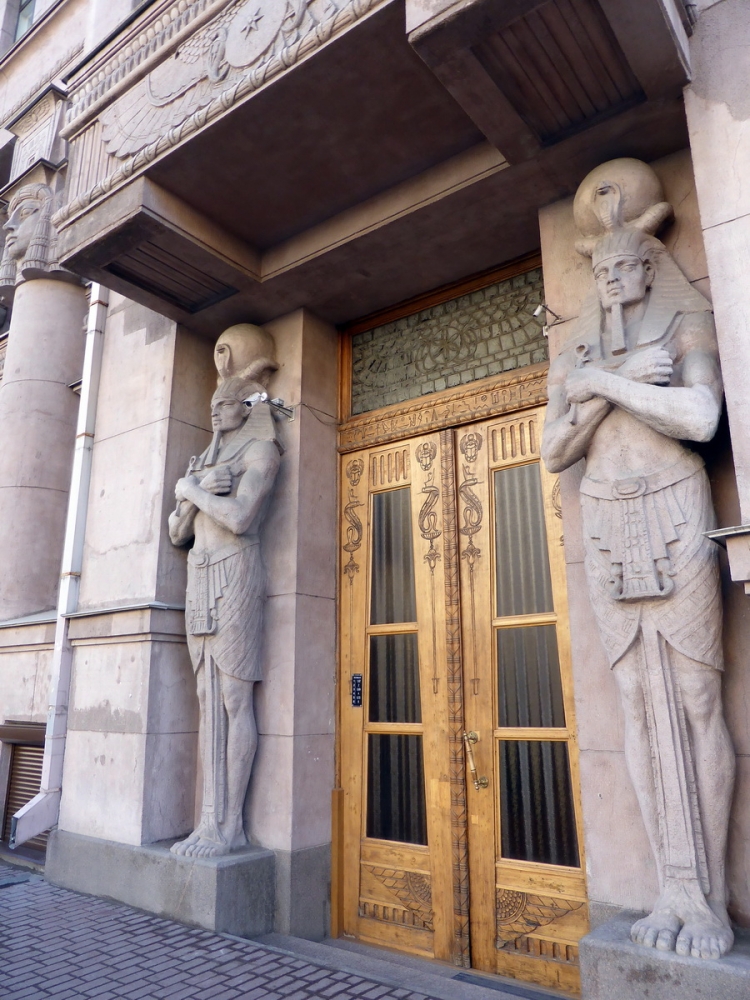 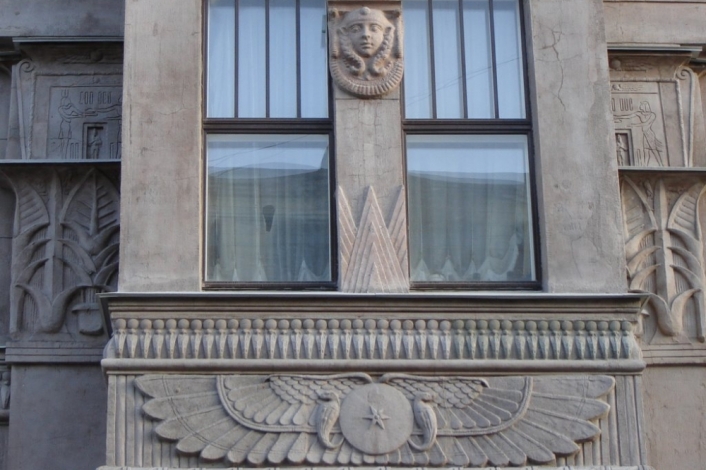 Ordering the project to the Polish architect Michael Sogailo, the wife of the state councilor Nezhinsky set the task of creating something original, capable of hitting a secular society. Sogailo was an adherent of neoclassicism and modernity, besides, as many people of the art of the beginning of the XX century showed interest in mysticism, occultism, Masonic signs, the findings of antiquity.

The house made a furor in St. Petersburg, after it the name "Egyptian" was permanently fixed. In the central part of the facade between the windows are eight massive half-columns, each of which ends with three masks - the heads of Egyptians. In the center there is an arch, its ceiling and walls are entirely decorated with images of flying birds, winged solar disks. On either side of the arch, there are two symmetrical entrances, each door has statues of the sun god Ra in loincloths with crossed arms. The whole facade is generously decorated with bas-reliefs depicting goddesses, scenes from life, mostly agricultural works, discs with mythical creatures, half-columns, pilasters.

The internal structure of the house was advanced for that time - with a rationally planned layout, an elevated automated elevator system "Shtigler". In the 1910s, the Romanian and Belgian embassies were located here.

The house is almost completely preserved in its original form, only in the socle appeared windows. Today, the elite housing here, on the ground floors are offices, shops, cafes.