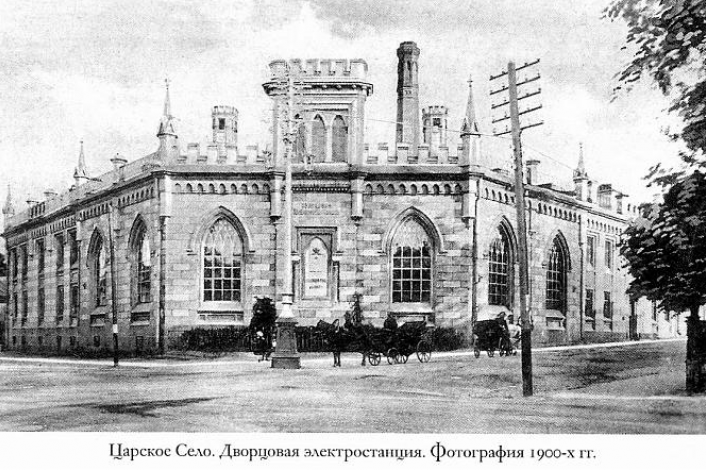 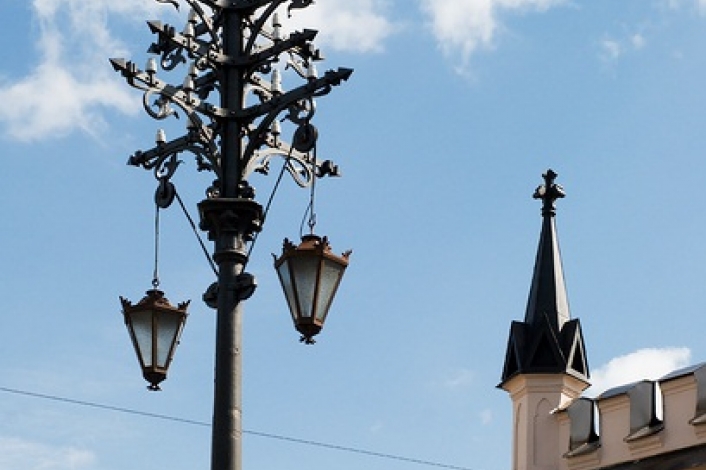 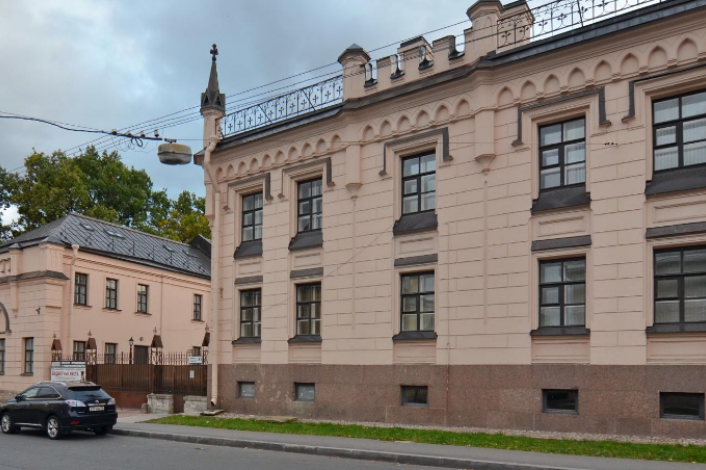 At the crossroads of Malaya and Tserkovnaya streets, an unusual building for Tsarskoe Selo architecture rises - a light brown color with high lancet windows and an elevation in the center of the facade. It resembles a Gothic castle from medieval legends. But this is not the dwelling of a duke or a king - in such an unusual style of the English pseudo-goth, the Tsarskoselskaya power station was built. Next to it stands a tall lantern, also made in the style of delicate pseudo-gothic style.

The power station was built in 1896 by the architect Danini, when Emperor Nicholas II finally settled in Tsarskoe Selo. In addition, the expanding city felt a lack of power of the old city power plant. The power of the new power plant was sufficient to simultaneously illuminate the Catherine, Alexander and Spare palaces, service buildings, city streets and barracks of the infantry regiment and the convoy of His Imperial Majesty.

At the beginning of the 20th century, Tsarskoe Selo was the only city not only in Russia, but also in Europe, which was fully electrified. This was the largest step in the improvement of the city, which has always been arranged according to the highest criteria.

The building of the power station is connected with the revolutionary history of our country. One of Lenin's associates, Leonid Borisovich Krasin, who had an engineering education, worked here. He was the head of the palace power plant. The meetings of Lenin and Krasin are mentioned in the Biographical Chronicle: "1917. The end of May. Lenin visited L.B. Krasin in Tsarskoe Selo. " As you know, the meeting took place right at the station.

In 1917, the building housed the Tsarskoye Selo City Council of Workers' Deputies. The Palace Power Plant operated until 1921, when it was stopped due to lack of fuel. In the 1930s, all equipment was dismantled. Now the building is restored and belongs to the Institute of Law and Entrepreneurship.