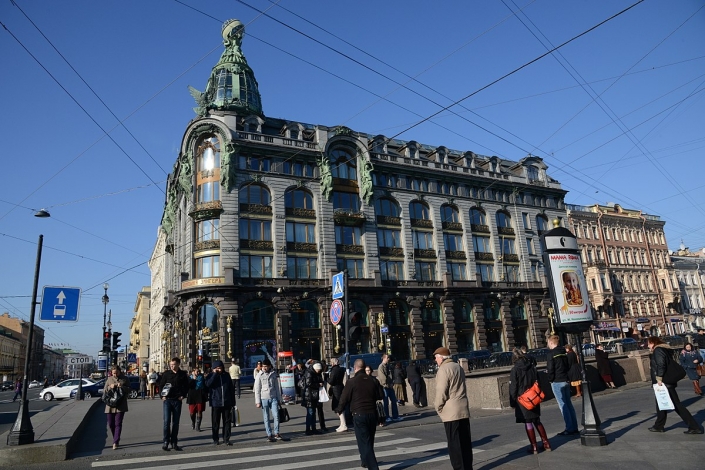 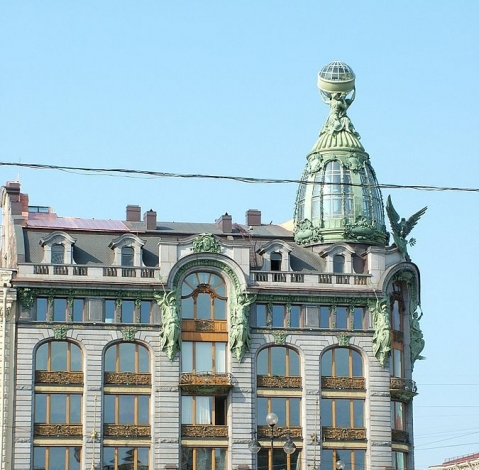 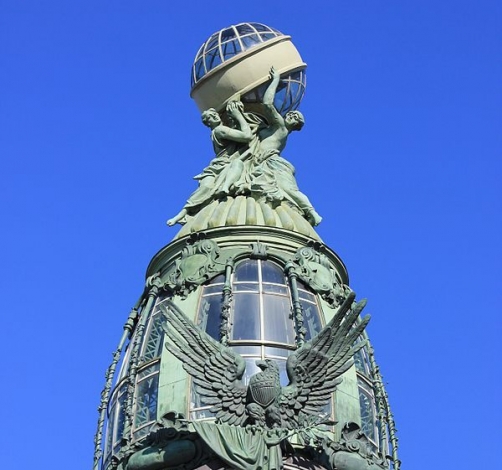 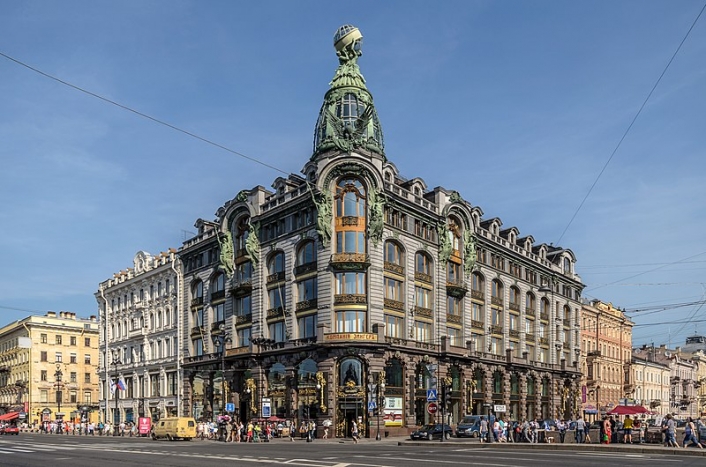 In 1902, a piece of land on the corner of the Nevsky Project and the Catherine's Channel was purchased by the American company Zinger for the production of sewing machines. The owners of the company planned to build a skyscraper - eleven-story building. However, at that time in St. Petersburg it was only possible to erect buildings not higher than the Winter Palace, which height is 23.5 meters.

The house of "Zinger" was built according to the project of Pavel Syuzor, who created the building in six floors, the seventh floor - mansard, above it a graceful tower is built, thanks to which the structure seemed high-rise, standing out among the surrounding buildings. The most advanced engineering solutions of the time were used in the construction.

The building was created in the Art Nouveau style, characteristic of European art of the late XIX-early XX century. The rich decoration and huge windows, intricate ornaments and intricate figure of the tower highlight the peculiarity of this style. The facades are decorated with bronze sculptures of virgin wyrms on the rostra of ships, according to the designs of sculptors A. Ober and A. Adamson.

On the glass dome, there is a sculpture of an eagle with an American coat of arms. The glass globe crowns the tower. Illuminated from the inside and decorated with the inscription "Zinger and Co.", it served as advertising for the firm. According to urban legend, at the beginning of the 20th century, a young lady was sitting inside the globe for a whole day and sewing on the Zinger machine.

After the October Revolution, the Book House was located on the first two floors of the building, and the editorial offices of the magazines were higher. Writers and poets were frequent guests here, among them - Alexey Tolstoy, Samuil Marshak, and Daniil Kharms. The house of Zinger is mentioned in the poem by N.A. Zabolotsky "Red Bavaria": "... A winged ball tore over the tower and the name" Zinger "raised."

Today, on the first two floors, a bookstore is still located, and the upper floors are occupied by offices, one of which belongs to the social network «VKontakte".