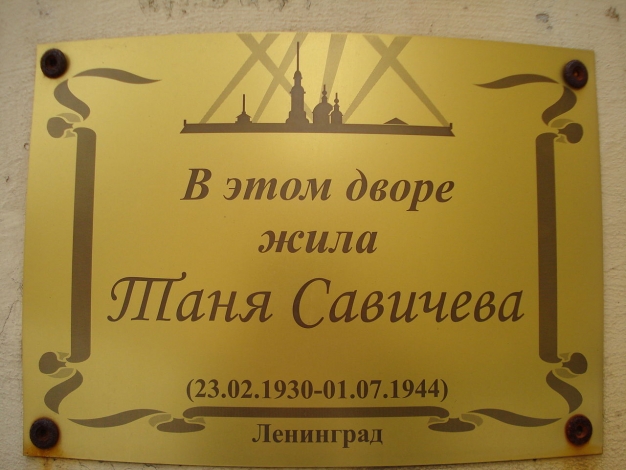 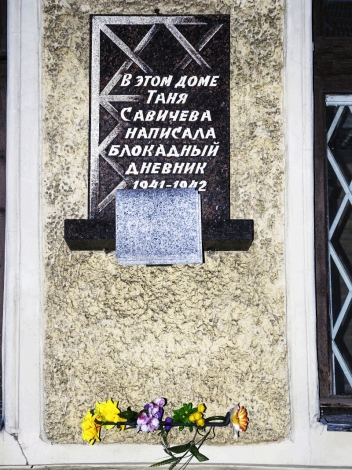 In this house on Vasilyevsky Island lived Tanya Savicheva (1930-1944), a girl whose diary survived after the war and became one of the symbols of the besieged Leningrad.

Her notebook had nine pages, of which six were the dates of the death of loved ones: mother, grandmother, sister, brother and uncle. Tanya lost all of them within six months; Left alone, she was evacuated, where she died of dystrophy.

The house in which the besieged diary of Tanya Savicheva kept is located at the intersection of Bolshoi Prospekt and the 2nd line of Vasilyevsky Island (Profitable house of V.F. Gromov). Alexander Uralov, now living in the Savichevs' apartment, recalls how in the 1970s his mother suggested the city authorities create a museum there, but the authorities refused: the fact is that Tanya’s parents were engaged in entrepreneurship during the NEP and would have to talk about “ socially alien elements. " For the same reason, a memorial plaque was erected only 60 years after the Victory.

Another memorial plaque is installed in the courtyard of the building.