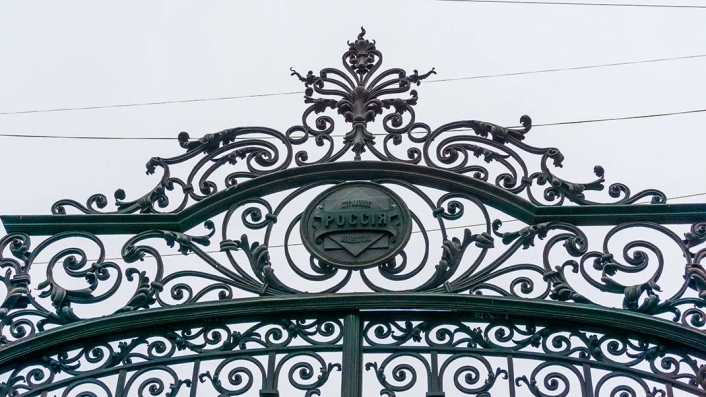 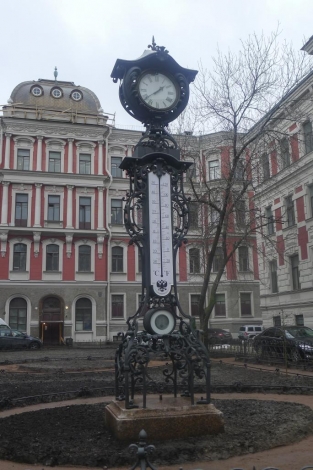 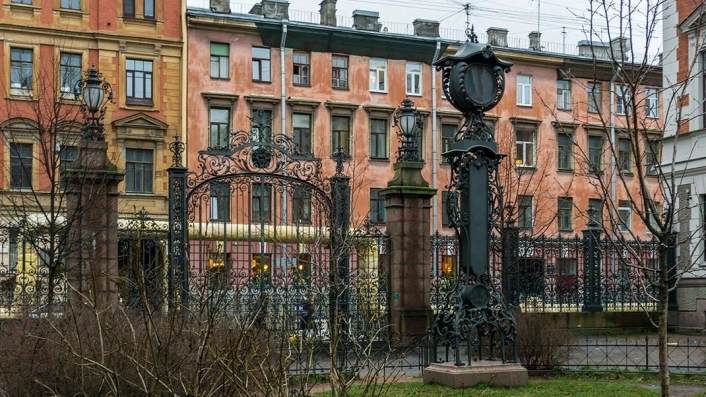 The house on Mokhovaya with the courtyard was built in 1897-1899 by the project of architects L.N. Benoit and N.D. Prokofiev for the insurance company "Russia". In the 1740s, a part of the Beast Court, the royal menagerie, was located at this place. Later, the courtyard was transferred to the Ligovsky Canal, and the plots were handed out for private development.

In 1882, the territory passed to the heirs of the owners of the famous Porcelain Factory Kornilov brothers, for whom, according to the project of A.F. Krasovsky and V.R. Korzunov was erected the right building.

In 1897, the land was bought by the Rossiya insurance company. The famous architect Leonty Benoit built the central and left buildings, and the building took on its present appearance. Artist N.D.Prokofiev also took part in the interior decoration and the creation of the courtyard grille. In the courtyard, opposite the elegant gate, a meteorological device with a clock, a thermometer and a barometer was installed.

The modern landmark of the courtyard is a monument to the heroes of the movie "Dog Heart". The fact is that it was here that the house of Professor Preobrazhensky was rented in the film of V.V. Bortko according to the famous story of Bulgakov. The monument was erected in 2018, to the 30th anniversary of the premiere of the film. The author of the sculptural group is Igor Senin, a student at the St. Petersburg Institute of Painting, Sculpture and Architecture named after Repin.