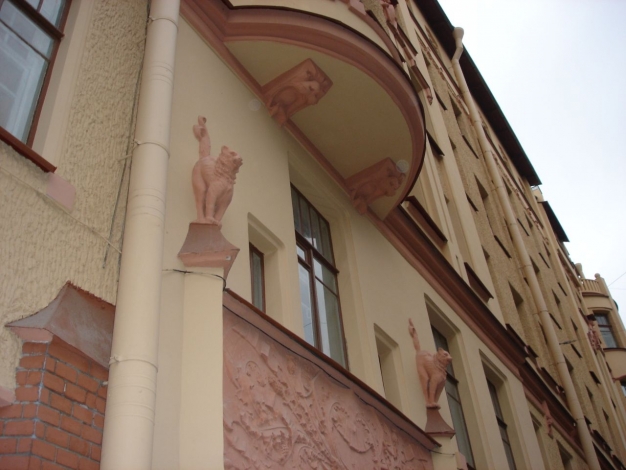 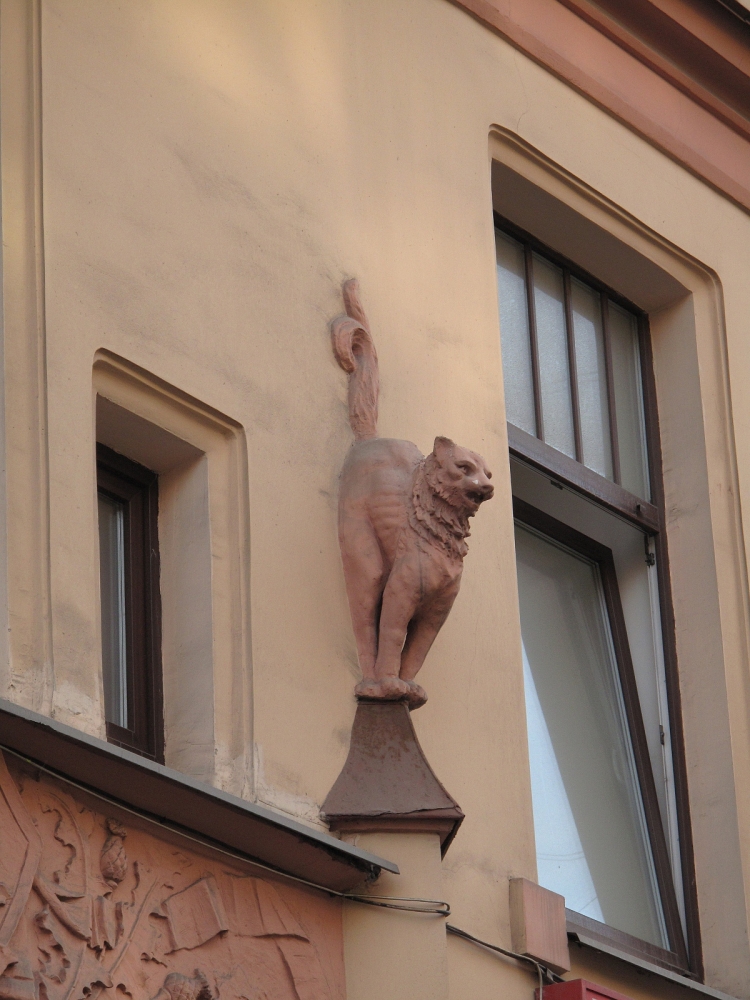 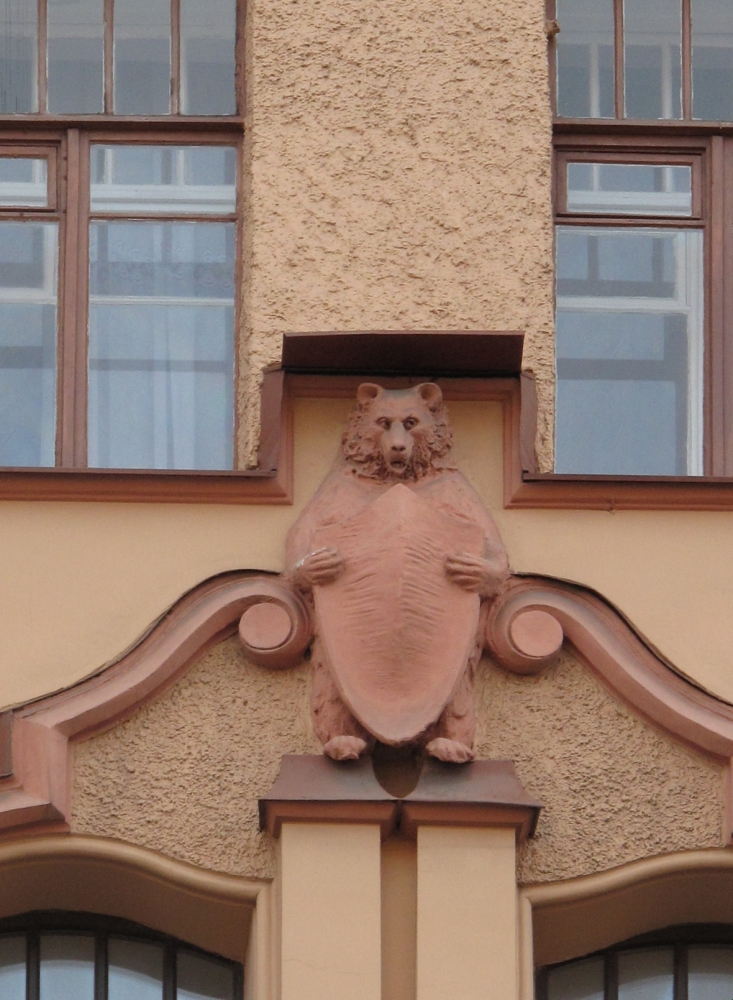 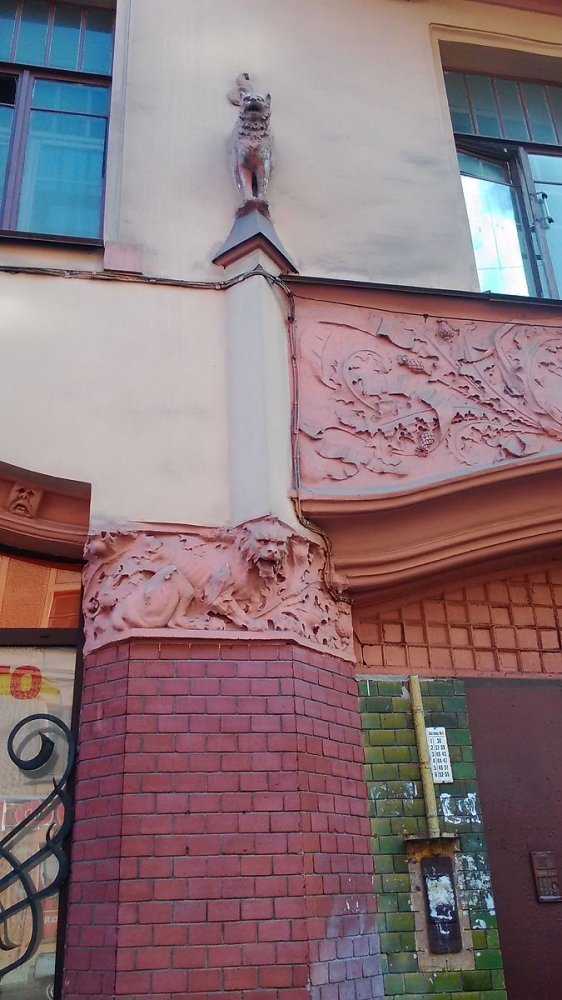 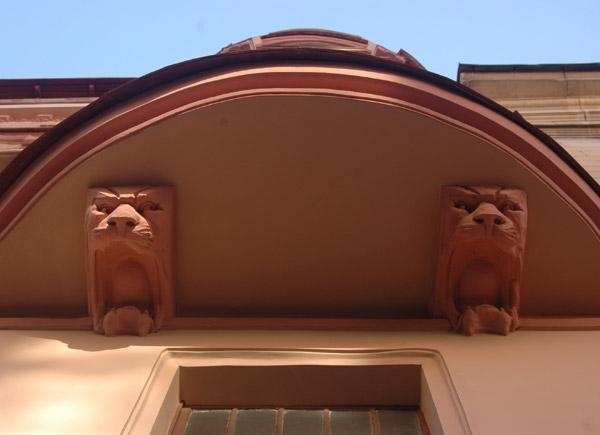 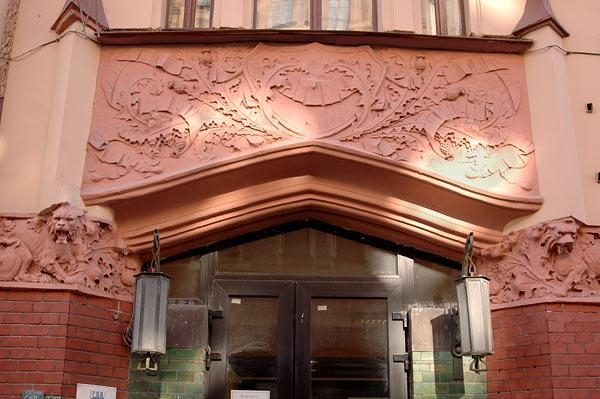 Since 1874 on this site there was a wooden two-story house that belonged to the merchant Alexandra Alexandrovna Kolesnikova. Until the construction of the house, the owners changed many times, and finally, in May 1907, it was bought by a peasant from the Kostroma province, a personal honorary citizen Ivan Fedorovich Alyushinsky. For him, the architect Alexander Lishnevsky erected the existing six-story house - one of the most interesting houses of Maly Prospect PS.

The main distinctive feature of the house is the unusual and rich stucco decoration of the facade. This is a real zoo: from the Maly Prospect in the thorny leaves of the thistle, wild cats have become entangled and furious, the portal from the side of Lenin Street is also guarded by cats standing on elbows with raised tails.

The central part of the facade is decorated with relief images of bears with shields in their forepaws. The function of decorative brackets supporting the bay window is performed by animal masks with open mouths; above the windows of the first floor- small tearful masks with the snub nose.