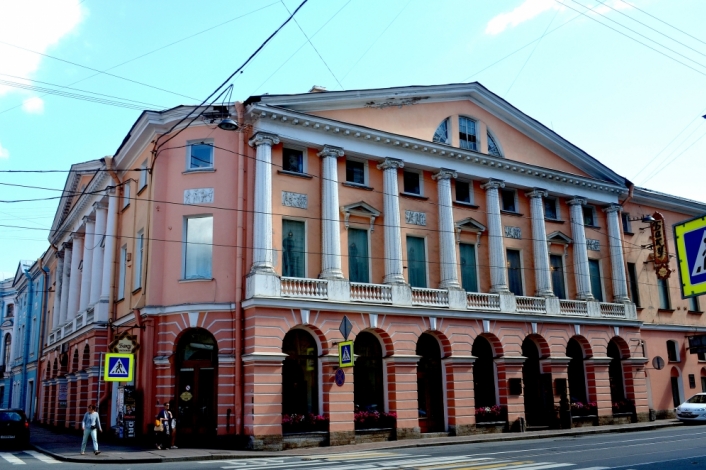 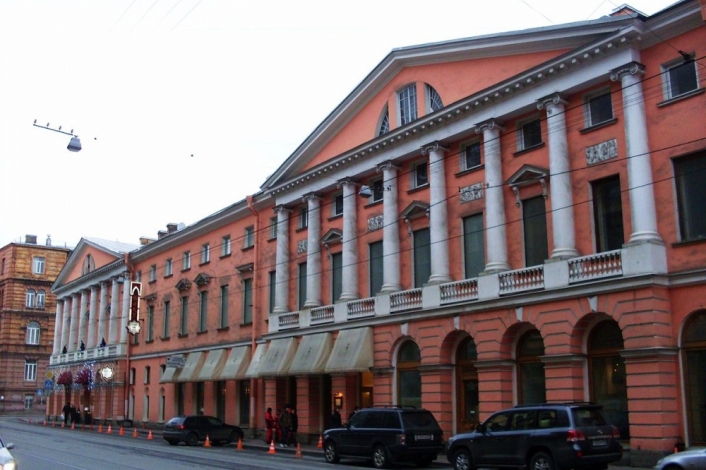 "The house with four colonnades" was built according to the order of Ivan Ivanovich Shuvalov, statesman, favorite of Empress Elizabeth I Petrovna, patron of art, founder of the Academy of Arts. He, along with M.V. Lomonosov merits the creation of the Moscow University.

The building was erected on the site of the house of the first half of the 18th century, where the Secret Chancellery (the organ of political investigation and the court) was located. In 1777 the house was bought back by the Treasury, and here was placed the Settlement Commission - a representative body created by Empress Catherine II for the development of a new Code of Laws.

In the XIX century, the building belonged to the Ministry of Finance. In 1809-1810 all facades of the house were reconstructed according to the project of Luigi Rusca. Up to now, there is a rectangular three-story building with an arcade in the basement, three eight-columned and one six-column portico, three of them are on the main facade facing Sadovaya Street, one from the Italian street. The facades are decorated with panels on mythological subjects.

Interior decoration at home has undergone multiple alterations. At the beginning of the XX century the house was converted, the premises were leased. It housed the Theater of Miniatures, in the 1920s - the theaters "Freestyle Comedy" and "Balaganchik", then - a movie theater, which was first called "Capitol", then "Kram" and, finally, "Youth". Now the whole first floor of the building is occupied by restaurants and bars.

In the wing facing the Italian street, in the Soviet years the famous wine-vodka store "In Rakova Street" in Leningrad was located here, and in the 1990s - the currency exchange.