House of the Queen of Spades 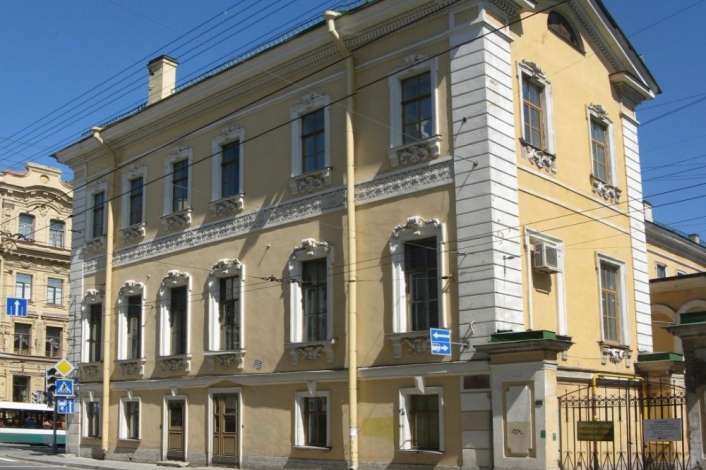 The first stone house on the corner of Malaya Morskaya and Gorokhovaya streets was built in the 1740s; the name of the architect did not reach us. It was a two-story building with a mezzanine in three windows, which belonged to Prince Gagarin. In the XVIII century, the building passed several times from owner to owner, gradually changing and expanding.

In 1790 the princes of Golitsyn settled in it, who moved to St. Petersburg from France after the revolution. Natalia Petrovna Golitsyna, born Chernyshova (1741-1837) - "maid of honor at the court of four emperors", known in the society as "The Mustached Princess", - the prototype of the main character of the novel, A.S. Pushkin's «The Queen of Spades».

Pushkin lived next door on Bolshaya Morskaya, 26, from the autumn of 1832 to May 1833, and he happened to be an often guest in the house of the "Mustached Princess". After the release of "The Queen of Spades", on April 7, 1834, Pushkin wrote in his diary: "At the court they found a similarity between the old countess and Princess Natalia Petrovna and, it seems, they are not angry ... "

In 1838, after the death of the princess, the house was bought out with funds from the treasury, its owner was the military minister Count A.I. Chernyshov. In 1839-1841 the building was rebuilt according to the project of A.A. Tone. During the XIX-XX centuries reconstractions continued, but the building was mainly preserved. Up to now, there has also survived a spiral staircase along which, according to Pushkin, Hermann left the house after a meeting with Lisa.