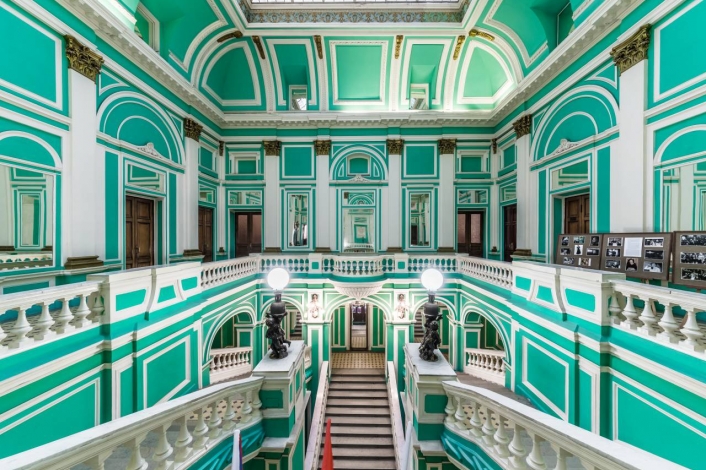 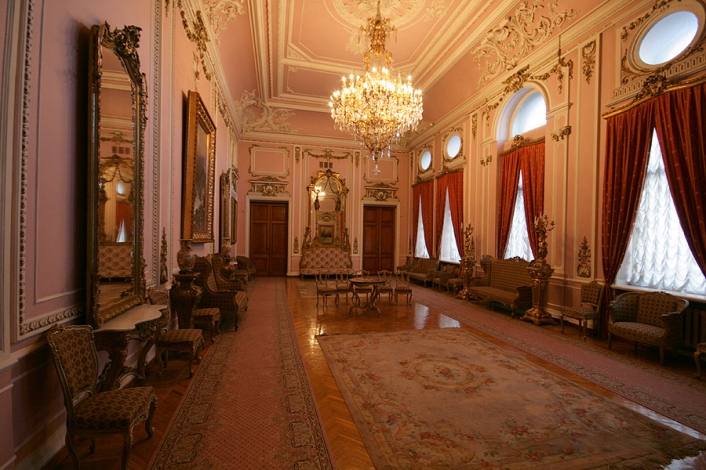 Until 1828 at the corner of Kirochnaya and Liteiny Street there was a reception room of Count A.A. Arakcheeva. The existing building was erected specially for the Officers' Meeting, established by decree of Nicholas II in the spring of 1898 "with the aim of improving the living conditions of officers, both employees in the capital and those who stay there temporarily."

The building was built in the traditional "Russian" style. The facades of the Officers' Assembly are decorated with figured bricks and cast reliefs. Up to now, the original appearance of some rooms on the third floor, Pink and Oak rooms, near the concert hall, has been preserved. The pink room was meant for resting ladies who had come to the concert or ball. The Great Hall retained the original wall decoration, executed in the style of Louis XVI.

After the opening of the Officers' Assembly, concerts, balls, friendly meetings, and lectures were held here. There were also apartments for officers who arrived in the capital on official business.

After the revolution of 1917, the building housed the Leningrad House of the Red Army, later the District House of Officers of the Leningrad Military District. In the second half of the XX century, the House of Officers was famous for its dancing evenings. There queues were going up to several kilometers, and to accommodate all comers, it was necessary to organize sites on several floors.

Now the House of Officers of the Western Military District is a leisure center, where concerts, performances, festivals are held.