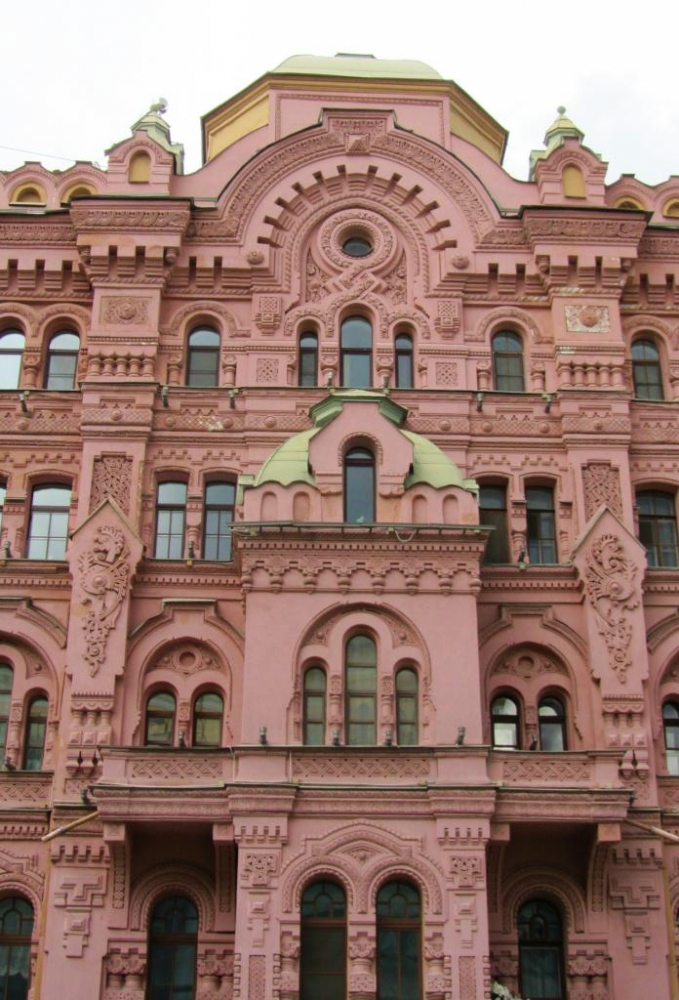 The profitable house belonging to the architect N.P. Basin was built in 1878-1879 according to his own project with the participation of architect N.N. Nikonov. The style of the building is defined as Neo-Russian or pseudo-Russian. The five-story building stands out against the background of the strict architectural ensemble of Ostrovsky Square, the tone to which is set by the Alexandrinsky Theater erected in the era of classicism.

Basin's house, copying the motifs of medieval Russian architecture and folk arts and crafts, is distinguished by its splendor of decor. The facades are made with a lot of details and are generously decorated with stucco, reproducing the decorative motifs of Russian wooden carvings and embroideries. Bay windows are crowned with turrets, various in the design windows are decorated with carved "towels", kokoshniks crowning the cornice and spatterdock pillars.

Today in this house representatives of the theater elite of St. Petersburg reside.