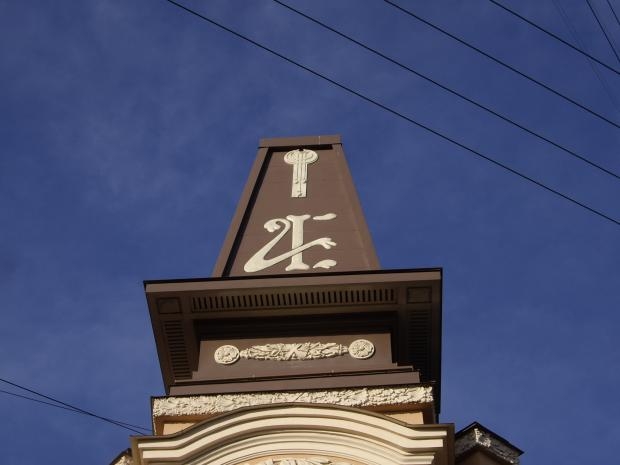 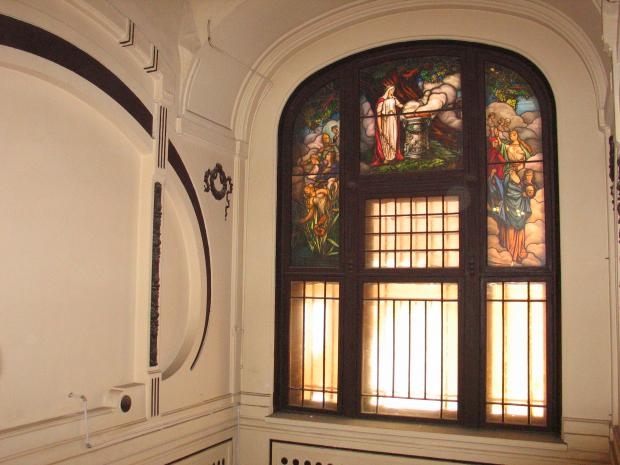 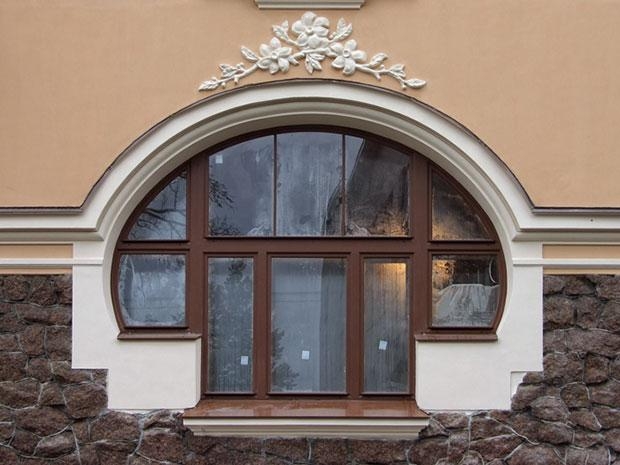 Two-storied mansion with a turret near the embankment of the river Karpovka was built by the order of A.E. Molchanov - the husband of the famous dramatic actress Maria Gavrilovna Savina. The exterior of the mansion corresponded to the profession of an actress, who entered the "golden autumn" of theatrical stage life.

The first floor was occupied by a dining room, an office, a library and a room for theater costumes. On the second floor, there was a wardrobe, dressing room, living quarters. The interiors were decorated with painted stained-glass windows, dedicated to dramatic and epic themes.

The peculiarity of the construction of the architect Michael Geisler is in the fascination with curvilinear features, vegetative modeling, the game of textures, which is inherent in the early modernist style. The leading theme of the facade is the variety of shapes of windows. This feature distinguishes modernity from eclecticism. The molded vegetative decor, creeping along the wall, differs in freedom from traditional ornament.

An impressive stained glass, depicting the heroes of Russian and European classical drama is inside the mansion.

In 1918-1925, a museum of actress Maria Savina was located in the house. In 1957, a marble memorial plaque was installed on the house.